Why We Are Always Beginners

It’s that time of year again, when the gyms start to feel less crowded, the diet books begin to gather dust and our email inboxes overflow once more. Despite being only a few weeks into 2015, we can already feel those brave, bold New Year’s resolutions slipping away. It’s like the sun is already setting […]

It’s that time of year again, when the gyms start to feel less crowded, the diet books begin to gather dust and our email inboxes overflow once more. Despite being only a few weeks into 2015, we can already feel those brave, bold New Year’s resolutions slipping away. It’s like the sun is already setting on the dreams of a better life.

New Year’s resolutions are seductive. We all long to focus only on the things that matter to us. I believe we crave the feeling of control that comes from having mastered something, having moved beyond being a beginner — but in so much of life, we are always beginning, always facing something we have to learn, or re-learn.

Learning To Be A Beginner

As a kid, I played a bit of golf. While golf is normally seen as an exclusive sport, I was fortunate to grow up in a neighbourhood of Sydney that had some decent, affordable public courses. My friends and I would hit the fairways after school with our hand-me-down clubs and second hand balls. None of us were great, but by the time we graduated high school, we could post decent scores and get around more challenging courses.

I came back to golf in my early 30s, after moving to Delhi. A friend invited me to play on a spectacular championship course. It was a harrowing experience. I scored 147, which one caddie suggested might be the worst score ever posted at that club. Perhaps the only achievement was not giving up, as mishits, lost balls and penalties pushed me towards double the kind of scores I had registered as a kid.

All my previous experience didn’t matter, I was a beginner again.

I’ve lost track of how often this kind of experience has cropped up. When I went back to music full time in 2004, I had to re-learn the whole recording process. Last year on the ski-slopes, I felt like a complete novice again, nervously making turns on a beginner slope.

One thing all these experiences have in common, is dealing with changes in technology. Computers have replaced tape machines, memory cards have replaced film, and sports equipment, from skis to golf clubs have been significantly improved. Technology has changed technique.

Even if we don’t take a break from something, like I did with golf, it can still feel hard to keep up. Take web design, where the ideas that felt new and fresh 10-12 years ago (like html frames) are now useless and even concepts from 3-4 years ago (above the fold) are now being abandoned.

In every field new ideas and technologies keep making us feel like beginners again. It’s tempting sometimes to throw our hands in the air and say, “I give up, this is too difficult.”

My Japanese tutor is very good, but she has the unfortunate habit of introducing new concepts by saying “this is very difficult.” While it’s true Japanese grammar is challenging, this approach puts the learner on the defensive. It’s kind of the opposite of the way I approach learning in my normal creative work.

“Nothing in music is hard, just unfamiliar.”
– Kenny Werner

When I first read this quote by Kenny Werner, it quite literally blew my world apart. We are encouraged from an early age, especially at school, to assume technically impressive things are difficult and therefore, out of our reach. Werner’s quote is part of a worldview that turns this on it’s head. It’s a more open, abundant view of our potential that reminds of another favourite quote, from Steve Jobs.

“When you grow up you tend to get told that the world is the way it is. And your life is just to live inside the world: Try not to bash into the walls too much, try to have a nice family life, have fun, save a little money.

That’s a very limited life; life can be much broader once you discover one simple fact. And that is, everything around you that you call life was made up by people that were no smarter than you.

Once you learn that, you’ll never be the same again.”
– Steve Jobs

Feeling like a beginner is a natural part of the creative process, not some mark of failure or weakness. Beginning again doesn’t mean we are failing at life, it means we are making the most of the life we have, continuing to grow and allowing ourselves to be open to the fresh, new ideas around us.

Tagged Habits, Mindset
1
NEXT ARTICLE
Help Me Help You
Responses 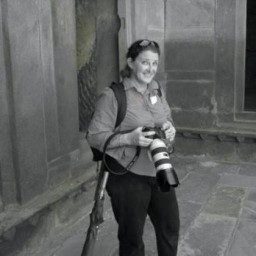 Fernando, this is such a lovely, well crafted blog post, I have shared it with my friends. Thank you for reflecting upon the joys of forever being a beginner.