Some Home Truths About Creativity

I’m a big fan of Chase Jarvis’s Live broadcasts. He brings in guests once or twice a month to talk about creative matters. And, although Chase is a photographer, he manages to tease out conversations that will appeal to pretty well anyone working a creative field. I gave up watching conventional TV years ago and […]

I’m a big fan of Chase Jarvis’s Live broadcasts. He brings in guests once or twice a month to talk about creative matters. And, although Chase is a photographer, he manages to tease out conversations that will appeal to pretty well anyone working a creative field. I gave up watching conventional TV years ago and rarely have the time to catch up on my favourite podcasts, but I seldom miss an edition of Chase Jarvis Live.

On the most recent episode, Chase interviewed, Austin Kleon, the author of Steal Like an Artist: 10 Things Nobody Told You About Being Creative

a book which I’ll admit I still haven’t managed to read, despite rave reviews from a number of people I trust. Kleon was great value as a guest, with a lot of thoughtful and well articulated answers and perspectives.

Two things in particular stood out for me. First, Kleon kept saying that his life was somewhat mundane, repetitive, boring even. He was keen to deflate the myth that artists lead extraordinarily exciting lives. Most of what artists really do is kind of repetitive and mundane and largely involves just turning up everyday and doing the work.

I was taken by the way Kleon talked about how many creative souls “want the noun, without the verb.” What he means is many want to be a “writer” for example, with all the perceived glamour that flows from that, without actually committing to writing every day.

The second big point was something I seldom hear discussed in terms of creativity; the value of good relationships. In fact Kleon was quite blunt – marry well & be committed to that marriage. If you only have limited time, I’d encourage you to skip to the question at the 1:15:19 mark in the video and listen to conversation that flows from there.

I don’t want to claim that lifelong monogamous marriage is a prerequisite for making great art, because there is clearly a lot of history running against that argument. But, I do believe the value of investing in good relationships and, yes, good marriages, is often overlooking in artistic and creative discussions and left out of a lot of books and discussions.

A lot (and I do mean a lot) of the best and brightest artistic talents I’ve known actually have surprisingly stable home-lives. In fact, I’ve often wondered if they have more stable home-lives than those in more conventional business backgrounds.

Who you surround yourself and especially, whomever is closest to you, will have a profound effect on your work. This could be a positive, inspiring and supportive role, or sadly, the person could be a millstone, forever drowning your attempts to float new projects.

The phrase “lashed to the mast” comes from the habit, in olden times, of sea captains tying themselves to the mast of their ships to avoid being knocked overboard by waves or wind. A captain is useless if he is not steering the ship.

Maybe we all need a little more of that mentality? Perhaps we could all do better lashing ourselves to our tasks?

I find the mundane domesticity of Kleon’s approach attractive, partly because like him, I also have a kid and want to be a good parent. But, I also find it appealing because he is, in effect, lashed to his work. Being close to home also means being close to the work. Being routine, mundane and unglamorous also means he gets the work done, day after day after day. 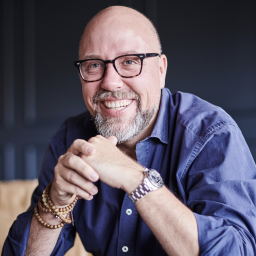 Thanks for the re-cap on this, Fernando. I missed it, but also like Kleon’s way of thinking. I’m feeling pretty mundane right now, spending most of my time on tasks that feel like the creative’s version of cleaning up after a big dinner party. The party’s over, and the next one’s too far away to think about. I trumpet these things – do the work, etc., but it’s harder to be the verb (I like that!) right now. So addicted to the adventure I feel like I’m drowning in the mundane.

David – thanks for your comment. I know what you mean, right now when much of my action lists are steeped in quotidian banality; talk to the electrician, assemble bookcases, learn the past negative form of go and return in Japanese. Each of these experiences I would gladly trade in for reality they will make possible. I’m impatient for me I will (hopefully) be in 6-12 months, working in my world class studio, riding my bike around Tokyo chatting with locals and making photos. But, it’s a folly to wish for a shortcut; it’s like dreaming of time travel.

And, it’s interesting you mention addiction, because there is something that I tentatively want to say challenges our soul about all this stuff. All the mundane stuff feels easier when we know that in a few hours, or the next day, we will pointing our camera at something amazing. It gets much harder when the next adventure or amazing project is not close enough to feel real.

That comes back to something I liked about Kleon’s interview. He talked about doing the work, loving the process and all that. But, he also talked about loving his whole life, which is as much about the mundane stuff of “normal life” as it is the highs of delivering and making great work. There’s something mindful and kind about that. I know for me there is always a dissatisfaction when I start to think “I could be somewhere else doing something amazing.” But, well, I’m not. I’m in a basement with a flashlight looking at power cables.