Much of internet culture was built on the idea that curation was as important as content creation. This was misguided and unhelpful.

Do you remember SoundCloud? I was thinking about this platform recently. I was such a fan. Hosting community meetup days, endlessly talking up the platform… So much so, that some people thought I might be an investor or even one of the founders. I wish.

The platform felt like exactly what independent musicians needed. It was pretty, it worked well, and it made music easy to share. Social music. Wonderful.

At first, SoundCloud was massively popular with people who made music. But this was too small a user base for a startup. So, Soundcloud faced a challenging choice. They decided to push for growth. This would help them attract more investment. It was also the beginning of their undoing.

What SoundCloud had was a great player and a cool way to add social comments to music. What it didn’t have was a good search function or the will to distinguish between original music and curated music.

I recall doing a search for “jazz”. Everything that came up was DJ sets. The algorithm saw “jazz” and interpreted it as “jazz-tinged electronica”. So a search for jazz gave you resampled jazz, not jazz made by jazz musicians. But if fans couldn’t find the genre of music I make, then what hope was there they would find my music?

A lot of the music I posted to SoundCloud was experiments. I was always unsure about posting my “best” music. Early on, there wasn’t any way to make money there. And it didn’t seem like discovering new music was getting any easier.

This is inevitable when platforms prioritize curation over content creation.

The True Role Of Curation

This week I had the chance to visit MoMA in New York for the first time since October 2019. One of the exhibitions was devoted to Matisse’s 1911 painting The Red Studio. Two rooms full of art and notes and history, which helped us understand the famous painting. This included everything from the other art Matisse chose to include in the frame, to the architectural plans for the studio where the work was made, to details about the early collectors of the artist’s work.

This is one of the most important roles of curation – providing context. Curation in this sense is what we find in galleries and museums and other libraries. The curator selects the best and most important work and then surrounds it with other work that provides context and helps us understand more deeply.

Curation also has another important role – it creates markets. Gathering together similar items feeds demand and increases the likelihood we will buy. If you walk around a department store and keep seeing green t-shirts, then you’re more likely to think green t-shirts are a thing and you need to buy one.

As a kid I used to think record stores were great because they had “all the music”. Of course, even the biggest stores didn’t have “all the music”. They had the music that was likely to sell because it was popular, or well reviewed, or famous in some other way.

In Sydney, there were three famous record stores.
Birdland had the best jazz. Red Eye was renowned for its selection of alternative and indie rock. Utopia was the place for heavy metal.

This is the ultimate economic role of curation – defining a specific market segment.

Why Curation Become So Popular

As the internet and then social media took off, it was relatively easy to gain some sort of online following, especially if you got onto platforms early. But it wasn’t always easy to make money from this.

If only there was a way to turn online influence into cash. Klout became popular for a minute based on the idea that the size of your online following qualified you for discounts and other benefits.

To make things worse, so many grifters and social media gurus were selling the idea that curating content and creating content were roughly equivalent.

“Everything is a remix” was the zeitgeist back then.
Why create something when you can just steal or borrow it?

The Promise Of A Creator Economy

When I quit SoundCloud back in early 2019, I wrote “…everything SoundCloud tried to do someone else now does better.” The services I mentioned as being better alternatives for musicians, like Bandcamp, DistroKid, and Patreon, were built specifically for creators to thrive.

It seemed as though SoundCloud had come into the world at just the right time.
We needed a better online music player. We understood social media enough to recognize how it could work with audio. But I’ve increasingly come to wonder if SoundCloud’s problem was it came too early. SoundCloud would’ve been a very different thing if it had been built from inception as a way for music creators to be paid.

Back when SoundCloud was launched, the idea of musicians getting paid was going out of fashion. This was, after all, the same moment that gave us Spotify and tragically low streaming revenues for songs.

The idea of creators being paid for their work is entrenched now. Forms of direct payment have appeared on platforms like Twitter and YouTube. Same with storefronts for merchandise and other products. And direct support, thanks to platforms like Patreon, is also popular. And this is before we get to platforms sharing ad revenue or other inducements to creators, like creating special funds to attract them.

Music fans need musicians to be paid.
If not, there’s no new music. That’s why a platform like Bandcamp today is far better for musicians and music fans than SoundCloud ever was.

Too often, we think the right time for an innovation is when the technology is ready. But it might be better to think of the right time as when the ideas and culture and shared understanding is sufficiently well developed.

Creation Rules In The End

No one equates curation and creation anymore – not since creation started to look like a real business. Curation is still a nice hobby, popular on platforms like Pinterest, and useful for personal use. We still have clickbait curation on various websites. But, even then, to get noticed, something original in presentation or writing and commentary is required to get our attention.

We’ve come to appreciate creation more deeply in the past decade. And we’ve got used to rewarding creators directly for their work.

A recent report from VidCon suggests the future looks challenging for the creator economy. Rising costs will make it harder to support the creators we love.

But, hopefully, we’ve turned a corner on the idea that curation is the same as creation. Or that creators don’t deserve to be paid for their work. 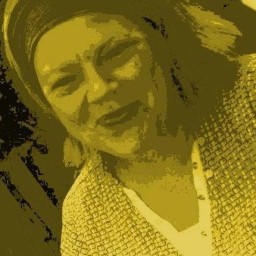 Yep, it’s all one big challenge. I work with the handmade community and don’t know as much about the struggle musicians face or how they use the different platforms although I have many friends who are musicians…. But, I do know about that challenge between content and creation. It’s tough because creators often don’t know how to promote themselves and they need people who can include them in their “content” in order to get seen. It’s all so much harder now than it was 20 years ago.

But, I was wondering what you thought of Jamendo: https://www.jamendo.com/

I just went over there and see that they are no longer an open and free platform, but I used them a couple of times for background music for a couple of videos. At that time, all they asked was for credit, which I gladly gave. I think it’s a bad idea that they are now charging for the service because I really had to hunt to find music that I liked. A lot of it was really hard rock or experimental or weird or just not my taste, so it took time to find the “songwriters” that I might want to follow.

What do you think of their model? (that is, if you’ve heard of them…)