This Week I Quit SoundCloud

For a long time SoundCloud wasn’t just my favourite part of the web, it was the hottest thing in the music business. But now it’s no longer got a place in my creative world.

This one stings a bit. For a long time, SoundCloud was my favourite corner of the internet. I was so passionate about the platform, some folks assumed I must’ve been an investor or in some way part of their team. But I was just a believer; in the potential of SoundCloud to harness social media as a way to spread music and create musical communities.

I created SoundCloud meet-ups in Hong Kong and Singapore. They brought hundreds of people together to share musical experiences and discuss making music. Because the best part of social media has always been the social. The ability to use technology to help bring about meetings with fascinating people and foster deeper relationships. URL serving IRL. SoundCloud really was both for several years. An online platform that fuelled offline creativity and collaboration.

But last month I cancelled my SoundCloud Pro subscription. And this week I deleted my account.

How we got here is a story with several parts. So I contacted my collaborators for those meet-ups, entrepreneur and start-up legend Casey Lau in Hong Kong, and musician and marketer Marcus Wong in Singapore, to get their take as well.

Early on, SoundCloud’s strategy was straightforward. It was oriented towards musicians. It helped them meet other musicians and find audiences for their music. It made it easy to embed songs onto blogs and websites or share music via other platforms such as Facebook and Twitter.

Soon, SoundCloud started chasing growth at all costs. Compared to other similar music start-ups, like Indaba or Deezer, it was a raging success. But compared to Spotify or YouTube, it was lagging. SoundCloud tweaked its core features – a new layout, prettier embeddable players, and so on. But the platform was becoming increasingly hard to use, for both musicians and music fans.

SoundCloud did become popular with DJs, who posted long set-lists of music. This attracted some listeners. But previously useful services, such as searching by genre, didn’t work anymore. Search “Jazz” or “Funk” and the top hits were long DJ sets, not individual songs.

Marcus also reminded me of how the repost function crippled discovery even further:

“Unless a user was particularly prolific, ‘repost’ tended to obscure their own library of tracks. I wasn’t going to be arsed to scroll down a long list of reposted tracks from other folks in order to find a user’s own creations.”
– Marcus Wong

Musicians want their songs to be found. Music fans want to find songs. It’s not a complicated equation. SoundCloud solved half the problem early on. Then they seemed to give up.

Getting Sold Isn’t A Strategy

SoundCloud was in effect up for sale before it had even matured as a platform; before it could really be described as a service. While it was still just a place to store audio. Before it was really a music business. Before it had a solution to the problem of music fans seeking music. Especially new music from new artists.

Music – or, more precisely, the business of selling music – is complicated.

SoundCloud was in a position to serve musicians effectively. It had a seat at the table to discuss ways to simplify licensing (I saw it at major music conferences). But it didn’t do that.

Nor did it really crack the problems of subscriptions, intelligent playlists, searches, or artist branding. There always seemed to be a lack of focus. A lack of will to stick to a chosen direction.

At one point SoundCloud seemed to pivot towards podcasters. But it was never a good platform for podcasts. I looked into this when I started my old podcast, and the cost of keeping a back catalogue of shows live was crazy.

Not The Best At Anything

In fact, everything SoundCloud tried to do, someone else now does better. Simplecast and Transistor are far better for podcasters than SoundCloud ever could hope to be. Spotify and Apple Music solved music discovery (and curation) in ways SoundCloud never managed, despite SoundCloud’s head start, and despite the deep levels of localisation and the on-the-ground community that once supported it.

For indie artists wanting to sell, there’s BandCamp and DistroKid (and countless others). Or for fostering your artist audience, there’s Patreon and Indiegogo, to name just two. And for raw discoverability, it’s YouTube.

“Once I discovered Spotify I kind of just used that.”
– Casey Lau

Does SoundCloud Have A Future?

I guess one day SoundCloud will fulfil its ambition to be sold. But so many hungrier, more focused start-ups have come along and eaten into SoundCloud’s value and uniqueness. It’s the Evernote of music platforms. Able to do it all, but not doing any of it well, and feeling so old and out of date. You can see the joins where new features have been plastered onto old services. For now it limps along thanks to institutional investments from Singapore.

I asked Casey about their strategy. He said,

“I’m not sure what it was. And I think now it’s too late. They need to re-brand and start over or else inject a lot of cash to really kick off a new type of music and audio platform.”
-Casey Lau

It’s ironic that I’m quitting SoundCloud at a point when I’m spending more and more time in the studio. I started a new podcast last year (hosted on SimpleCast). I’m recording again and writing new music.

Maybe it’s actually having some skin in the game that made me look hard at what, if anything, SoundCloud could really offer me.

And the answer was: a mix of nostalgia and disappointment. Nothing else.

So thank you for the memories, the friends you helped us make, and the music we shared and discovered.

“I’d really hate it if SoundCloud ceases to exist. Right now, they seem to be running on vapour and good luck, and I’m not sure how long that will last them.”
– Marcus Wong

This Week I Quit is an occasional series where I share experiences of quitting apps, platforms, habits and commitments in a quest to live a simpler and more focussed creative life. Last time I quit Flickr (properly this time) and you can read the rest of the series here. 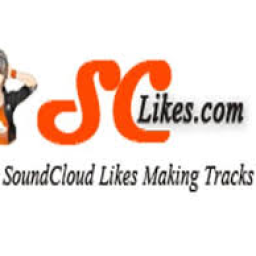 Please don’t do that, SoundCloud is the great platform to listen and share all types of music. I am also a SoundCloud user. This easy to use.