Monocle is my favourite magazine. It constantly feeds my interest in travel, politics, culture and design. I love that Monocle is unapologetically committed to urban living and cosmopolitanism. Moreover, I’m a big fan of the the way they have retained their brand identity online, through the website and their podcasts (Monocle and The Monocle Weekly). […]

Monocle is my favourite magazine. It constantly feeds my interest in travel, politics, culture and design. I love that Monocle is unapologetically committed to urban living and cosmopolitanism. Moreover, I’m a big fan of the the way they have retained their brand identity online, through the website and their podcasts (Monocle and The Monocle Weekly). Finally, I know that the editor of Monocle, Tyler Brulé shares my passion for Japanese standards of service, grown-up men’s fashion and Copenhagen’s ability to turn out beautifully attired male and female cyclists.

Therefore, it is unusual for me to dissent from the Magazine’s editorial perspective – as I do right now, over Twitter.

Monocle is no fan of Twitter, the latest edition makes that point clear, adding it to their “most unwanted” list (which also includes cliché ridden language, Larry King and Joseph Kony). Their claim is that large media organisations are using Twitter as “cheap filler to replace meaningful content,” and that companies are using Twitter in a way that suggests poor cosmetic rebranding.

The criticisms are valid. I don’t believe news organisations should be creating Twitter-specific content. The medium is not a good fit for anything other than links to breaking stories and the occasional editorial nicety. Moreover, the way some companies use Twitter is embarrassing to watch (“…like seeing some old guy walk down the road with a young bimbo on his arm…”).

I’m no expert (although social media experts do appear to be sprouting like mushrooms after a rainy day), but I wonder if Twitter has much value at all to the top end of broadcasting or big business. I’ve yet to hear a compelling argument there. The only exception being guerilla-marketing campaigns for niche brands.

However, Monocle’s focus is not solely on big business or the top of the publishing tree. They consistently champion smaller, high value businesses – both global micro-brands and local examples of excellence in service and design. It’s here that I think Twitter has a value Monocle has missed. Consider their “verdict” on Twitter.

“There is a kind of social media that really works for business and play. It’s called having a glass of wine.”

I couldn’t agree more. We are not going to get very far, perpetually hidden behind the safe, embryonic glow of our computer screens and mobile devices. If you are a successful brand, or key identity in your field, this is not problematic. You reputation becomes your business card and people will either come to you, or your introduction will carry some weight.

But for new businesses, smaller players and people with niche skills, finding the right people to share wine with, or finding anyone at all, can be a challenge. Here in Hong Kong I’ve met plenty of people with “networking burnout.” The city is replete with such events and they work for some people (consultants, headhunters, etc), but for the rest of us they can be like finding a needle in a haystack – especially if your industry doesn’t really have a large presence in the city (e,g., you don’t work in finance, retail, tourism or logistics).

“…what you will be in five years depends on two things: the people you meet and the books you read.” Twyla Tharp

That quote hit me hard some months back. I made a decision, to refocus on my locality, make more contacts and improve my social network. Much to my surprise, Twitter played a key role in that. The people I’m actively connected to on Twitter are mostly musicians, photographers, advertisers, artists, game-designers, writers, publicists – in a nutshell, the kind of people I’ve struggled to meet in my three years in Hong Kong.

Moreover, Twitter is an amazing recommendation-engine. The common criticism of Twitter is that’s full of inane, “what I had for breakfast,” type comments. Sure. But, part of what I love about Monocle, is exactly that sort of thing – reliable recommendations from trusted sources (filters still matter, online and at the news-stand). An under-appreciated point is social media’s potential to make urban living more manageable – which is, after all, a key commitment of Monocle itself – and more social. In many ways, Twitter works, on a local level, the way Dopplr has tried to work on an international level.

As a musician, Twitter is only one component in what should be broader approach to online publicity. That won’t just include MySpace, Amazon, iTunes and Facebook, but also sites like SoundCloud, Blip, LastFM, Beatport, Bandcamp, AWAL and Topspin. That said, Twitter is an active space, right now, for conversation and musicians, like any business people, should be paying attention to “word of mouth.”

I can understand why Monocle are not active on Twitter and in their position I might not be either (at least at an editorial level). But, I would be a little alarmed if they were no at least researching the way smaller and niche businesses were using it grow their brands and the way sophisticated urbanites were interacting with it to make living in their cities more liveable and enjoyable.

And, as for my recommendations on the best places in Hong Kong to share a wine with new contacts and potential collaborators? Well, you’ll only find that, on Twitter. 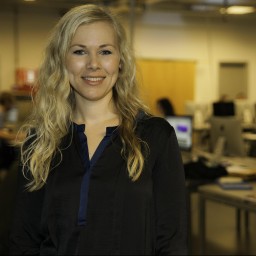 Interesting points. I think many companies consider Twitter as just another communication channel to post content into, and that is _one_ way of using it. However, if they are to have full benefit from Twitter, they need to use it as it was intended: to create relationships (to have a glass of wine with their customers :). They should use it so create a better service level, to interact with their customers. That would benefit the brand much more than “just” pushing content. Take a look at how Brighton & Hove City Council @BrightonHoveCC uses Twitter – they take full advantage of the platform and benefit tremendously from it.

Thanks for the comment Trine. I agree that companies often treat it like a tube for PR or advertising.

Maybe Twitter for businesses is more like building goodwill? Thinking of a cafe, sometimes goodwill comes from advertising and PR, but often it comes from relationships with customers (getting customer orders right, learning regulars’ names and preferences, cleaning tables). Of course, having great coffee and being a cool place to hang will also help!

That seems to be part of what is going on with the the @BrightonHoveCC example.

I’ve seen some business – usually small to midsized – make terriffic use of Twitter for customer service. I have a friend who made a general gripe about a company, only to have that company contact him on Twitter and resolve the situation quickly. That said, I agree that the value for a mulit-national media outlet is dubious – directly.

What I mean is, I’m doubt CNN (for example) gets a lot of traction out of their own Twitter account, but get a lot of traffic from Twitter via links.

The real value of Twitter is in it’s API. The ability for a third-party app to utilize the service is a tremendous boon. I currently use Tweetdeck, which keeps Twittter (personal and work), Facebook and LinkedIn right in front of me. (Myspace too, but does anyone still use that?) The obvious challenge to Twitter is to figure out a way to create a revenue stream from the service without alienating it’s user-base.

“The people I’m actively connected to on Twitter are mostly musicians, photographers, advertisers, artists, game-designers, writers, publicists – in a nutshell, the kind of people I’ve struggled to meet in my three years in Hong Kong.”

And I think those are the kind of professional people I might expect to meet on twitter.

There has been a push to get businesses in the innovation centre in which I’m based to be using twitter to reach out to the world. But it is a mostly inappropriate medium, due to the short, almost trivial nature of the communication that it forces users to adopt. But there’s another catch too: my business is physical product based, as are most of those around me, and I don’t want yet another computer-based whirlpool, sucking away what little freedom to do useful work that I still have.

I’d say monocle have it right.

Mike, I agree that the “twitter angst” is quite revealing. I guess my forum and facebook angst says a lot about me too.

It’s interesting that you mention CNN, because the local anchor here in Hong Kong is on Twitter and I think she is one of the (few) examples of big media using twitter well (@klustout). Maybe Twitter makes more sense for news when it has a local or regional focus? I don’t know.

Agree totally with you about customer service. I’ve seen the same sort of thing. The best thing about twitter, for a good company, is that it’s customer service becomes public. When I was a kid, I remember going into auto parts stores where you could watch amazing customer service, the guys who knew exactly what part for what motor. Sometimes you see that stuff on forums, but it’s kind of hidden. Occasionally, Twitter brings that out, which is cool.

Toni, I think you’ve conflated a few things that I see as separate issues. I cited those examples as the kind of people I’ve struggled to meet, in real life, in Hong Kong. They are not the only kind of people on Twitter. Moreover, there are plenty of people using the medium effectively who trade in physical products.

Secondly, short doesn’t necessarily mean trivial. Consider email. Back, 8-10 years ago I commonly wrote a lot of longer emails. These days I seldom write emails that are longer than 5 sentences. If I need to say more, I add an attachment (rtf, pdf, whatever). In real life, most of my phone calls are short and when I’ve worked in office situations, had plenty of short exchanges. Moreover, a lot of day to day exchanges, about good coffeeshops, or fun movies, are really short and brief. Twitter makes sense to me when I see it as that kind of supplementary communication.

That’s where I think Monocle gets it right and wrong. Creating twitter-specific content is a road to nowhere. But using twitter as a supplement to other streams, or as a way to keep relationships going with small exchanges, is actually quite powerful.

I hear you though about the time-whirlpool. That’s part of why I gave up on both forums and Facebook. I didn’t feel like a good steward of my time when using them. Twitter is equally seductive. However, the technology (I use Hootsuite) allows you to manage it rather well. In the end how much time it is worth relates to how much you get out of it. I felt like I wasn’t getting much good out of Facebook and forums became a real negative, for me, in terms of how I felt about life. By contrast, Twitter has provided a lot of positives, which feels like a good investment of time.