Yesterday I laid out some background to the annual personal review I undertook on Friday. Today, I’ll go into more detail on what happened on the day itself. Empty Your Head I always start my weekly reviews going through the inboxes and asking “what’s missing here.” That could mean things that need repair, presents that […]

Yesterday I laid out some background to the annual personal review I undertook on Friday. Today, I’ll go into more detail on what happened on the day itself.

Part of this step is looking forward to my calendar for 2010 and asking what each of things that are already in there will ask of me, in terms of preparation and work. Moreover, for a big review like this, it means going through each project and area of responsibility in my life and reviewing them as well.

In a normal week, this stage takes me fifteen minutes to half an hour (if I’m focussed and uninterrupted. However, for this review it took just over an hour. That’s not processing – just pure mind-dump.

Now I moved to the boardroom I mentioned in the last post, armed with a big physical inbox, my powerbook, a notepad and pencils and another large box, that holds my brought forward files and physical project folders.

I had to do something with all this collected stuff. What I’ve learnt in the last year is that this often involves an abstract question – “what is this thing?”

Sometimes the answer to that is simple and sometimes it isn’t. A bill for a magazine subscription might be easy to process – fill the form, write the cheque mail it off. But, why is that magazine in my life? Is it pure entertainment or connected to some goal or project? And, is that goal or project even relevant or active anymore? Moreover, can I afford that magazine, either as a financial cost, or time commitment, or possible distraction?

What something is relates to what we can do with it. Sometimes things will have obvious next actions, sometimes the next action is to set aside some to think about how to action it and sometimes a thing just needs to be filed away, or thrown out.

Clutter and stress often develops when we can’t decide if something is actionable, or we keep things that have a clear next action (like bills we need to pay), in amongst things that are not immediately actionable (like reference material or stuff that should in a archive, or the trash).

These two processes, what is this and is it actionable normally take me about fifteen minutes in a normal week and sometimes less than five. However, this time it took me close to two hours, partly because I had a lot of completed or near completed projects floating around that I had to think about. Moreover, there were some unfinished or failed projects that I have to address.

What Is The Next Action?

David Allen makes the claim (in several places) that there really is no such thing as a long term project. Every project is being completed “as soon as possible.” It’s just that, in some cases, “as soon as possible” might be six months, or two years. Often when we classify a project as long term, we create an ambiguous relationship to the steps needed to keep the project moving, especially in relation to other, smaller and shinier projects.

Having a clear sense of what the next action is, for any project or commitment, makes it easier to keep things moving on projects and also to recover from interruptions or setbacks. The advantage of a periodic mega-review like this one is it helps me see which of the projects I haven’t been acting on and maybe, if the next actions were too vague or just not right.

After lunch I moved back to my study and started to go assign and rethink next actions. This took the better part of three hours.

One way of thinking about the what is this question is to ask, who or what or where is connected to this? Contexts help you group actions together, be it things you can find/buy online, or jobs related to a space in your home or office, or to a particular tool or piece of software.

A day like that can be really, really draining. I worked 7-5 just going through the fine detail of my life and work asking some really hard questions and facing some personal limitations I don’t much like admitting.

That’s why I like to set myself a finishing time for these reviews and some sort of “reward.” Sometimes it is a dinner, this time it was a good french film (Un Prophete).

Of course, all this organisation and reflection is only one step in planning for 2010. There’s some more thinking required, in terms of commitments that need to be cut, resources that need to be acquired, skills I need to develop and so on. Moreover, it’s always worth giving yourself sometime to consider what “success” might look and feel like.

However, I’m leaving those for my upcoming holiday. After all, that’s the thinking that is best done during bike rides, long walks on the beach and lazy conversations with family and friends.

Anyway, if you are still reading, you may be interested in some more GTD related posts along this journey.

Intellectual Compost (Aug 2007)
What Getting Things Done Has Taught Me (Apr 2008)
Attention, Distraction And Interruption (Jun 2008)
Writing, Time And Creative Space (Aug 2008)
This Week, OmniFocus and GTD (Jan 2009)
Being Honest About Disorganisation, Confusion And Success (Sep 2009) 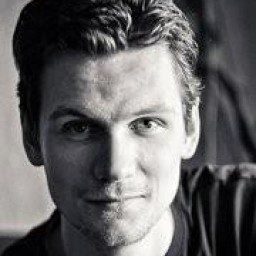 A kick in the ass for me to finally spend my review-day.

I was a little lazy and distracted for the last few months. Thanks for such a reminder 🙂

Glad you found it motivational. Making the time for this kind of thing and sticking to it are never easy.