State Of The Blogosphere

Every few months, we get journalistic Cassandras who counsel us on the blogopshere’s impending demise. It’s probably fair to agree that the “blogosphere” as a realm has little meaning anymore. Personal publication has merged with social networking and earlier forms of online content and commerce for most people. It’s also fair to say that most […]

Every few months, we get journalistic Cassandras who counsel us on the blogopshere’s impending demise. It’s probably fair to agree that the “blogosphere” as a realm has little meaning anymore. Personal publication has merged with social networking and earlier forms of online content and commerce for most people.

It’s also fair to say that most people are reading fewer purely biographical and confessional blogs. My experience is that traffic to this blog has dropped dramatically in the past eighteen months and in turn, I’ve thoroughly cut back on the number of blogs in my reader.

This is far from the first online “crisis.” In the late 90s there was a sense of frustration as people got online and felt that information was hard to find, unreliable and poorly formatted. That was the era of the static, slow-loading and perpetually out of date website. Over the next few years, online commerce, chats and forums really took off in popularity. They gave people a “reason” to be online, but there was still a dearth of personal publishing.

Blogging took off in 02-03 in a big way, but hierarchies soon developed and by 05 it was becoming harder for smaller blogs to attract attention. Established bloggers became broadcasters, many dropped comments and marketing and PR companies became more prone to “use” pro-bloggers as channels for communication.

In my view, something broke when a lot of bloggers stopped using track-back. The reasons for this were various (and often related to SPAM). But, it became harder for smaller blogs to be found and for “blog-conversations” to develop. I suspect that blog-readers behave very differently today than they did five to six years ago – treating blogposts more as standalone “articles” rather than pieces of a rhetorical jigsaw. Do we really follow links from blogrolls, or chase down the blogs of other commentators as much as we once did? I don’t and Google Analytics suggests to me that readers of this blog don’t either.

How cool you are with that probably depends on where you locate yourself online. For me, blogging has failed to deliver as a medium for conversation, shared ideation and to some extent, networking. Where I feel blogging has delivered is in personal publication. I think if the sheer fact of getting your thoughts out there, even if there is little feedback in the short term works for you, then there is no crisis in the blogosphere.

Of course, the real change is social networking. Facebook, Twitter and the like are a better solution than blogging for a lot of people. I’m not using Facebook much and will probably use it less and less in 2009. Twitter is, however, a gift (you can find me here). In some ways it helps me clarify what to blog about, since there’s less compulsion to turn every good link and idea into a “post.” My impression is that these kinds of sites are taking some traffic away from blogs, but also leading bloggers to post a little less.

Which might not be a bad thing. One of the most wearisome things about many blogs is how poorly written they are (this site included). If we all posted less, edited more and exchanged comments more freely, we wouldn’t be talking about a crisis in the blogosphere, we’d be building better conversations.

isn’t that the point?

I’ve found some excellent blogs related to ministry and worship leading in particular, and have built some friendships from that, extending into “meatspace.” I’ve found a little group that shares time on several blogs, websites, forums. (no, not CMF!)

I spend time reading blogs, on Twitter and on Facebook. None have gotten boring yet and none have “locked in” my attention as forums once did. But I agree, Twitter is surprisingly compelling. I think my facination comes from the fact that the ordinary thoughts and activities of ordinary people are far more interesting than fiction or TV. 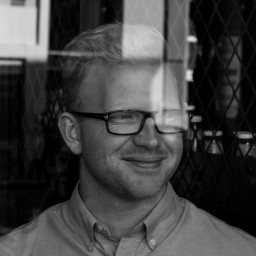 Fernando, I agree blogging has become much less conversational and I like the way you explained the emergence of the hierarchical blogging structure around 02. Small communities still exist, although I dont engage in much conversation in blog world I do enjoy encountering new perspectives and areas of knowledge that I wouldn’t otherwise encounter.