From Around The Blogosphere This Week

Violencia en las iglesias a fieles teledirigidos – Forms of symbolic violence that are seen in churches. I’ve been pondering, for some time now, writing a piece on asymmetrical relationships and symbolic violence and this excellent list is more food for thought. Dear Crazy, Deranged Fools, I’m Stating A Newsletter – Hugh is starting a […]

Violencia en las iglesias a fieles teledirigidos – Forms of symbolic violence that are seen in churches. I’ve been pondering, for some time now, writing a piece on asymmetrical relationships and symbolic violence and this excellent list is more food for thought.

Dear Crazy, Deranged Fools, I’m Stating A Newsletter – Hugh is starting a newsletter, which is a move that took me by surprise. I thought, wow, that’s so 1995! But, Hugh is doing this on the back of both his move into fine art prints and a drive to create something more focussed for people in creative industries. I’ve long suspected that the fragmentation of the blogosphere would lead us down this road. In the future it will be harder to find “community” on the internet, but when you do, it will feel more like community (another surprisingly good newsletter is Goop, from Gwyneth Paltrow!).

Are You A Christian Hipster? (HT to Wess, via twitter) – It’s a partial list for sure, but still fun to read through. I guess my question is about substance versus appearance. Some of these hipster trends are not just about fashion, but substance. By contrast the phenomenon of “cool Christians” certainly pre-dates the emergent/missional movement. I certainly saw a lot of it in 80s evangelicalism and youth groups.

The Cult of Done Manifesto (via HEADPHONAUGHT) – I don’t agree with everything on the list. But, then again, I haven’t written a better list myself or ever managed to build a reputation as someone who really gets things done. Worth pondering.

The Road To Tehran Runs Through Kabul> – Iran, or as it was formerly known, Persia, has always seen Afghanisatan as intergral to its security and foreign policy. So it was always a sign of ahistorical pigheadedness when the Bush Administration marched into Afghanistan trying to “secure peace” without negotiating with Iran, Gladly, things are finally changing.

Battling Obama by ‘Going Galt’ – Obviously I’m more of a fan of Obama than a critic. But, I’m not at all a fan of the way the corporate bailouts are being handling and have a nagging fear that the stimulus packages are wrongheaded as well. More suprispingy to some readers may be the news that I am a (critical) fan of Ayn Rand; though more for the exposition of creativity than capitalism. So it’s interesting to see the way some (mostly conservative) thinkers are re-engaging Rand in these seemingly post-capitalist times. What is sometimes missing is the point that Rand wasn’t simply trying to defend the place of all capitalists, but rather a select (dare we say elite) band who were responsible for the innovation and creativity within an economy. Without these forward thinking individualists, the capitalists engine would crumble. It wasn’t just regulation that posed a problem, but specifically the kinds of regulation than acted as a disincentive to imagination and originality. 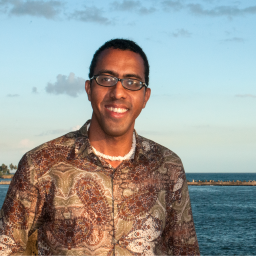 Thanks for the ping. Very cool template.