It seems that TV and Film makers are better at understanding culture than the so-called culture experts in churches.

A while back Ryan Torma made available his paper on Whedon’s Serenity and Firefly, delivered at the International Conference on Media, Religion, Culture (you can download the PDF here).

My only criticism of Ryan’s paper is that he tries to justify reading film/television works like these on missional and apologetic terms; that is, they give us ground to talk to those outside the church. Perhaps we can think more broadly than just that. Films and TV shows provide people with resources for critical reflection. These kind of cultural-economic artifacts also help their viewers to interpret culture. Studying film offers more than just a way for Christians to evangelize, it also allows them to critically reflect on their own faith as well.

But those issues aside, Ryan has a lot of worthwhile things to say about both the film and TV series.

I’ve long been impressed with Whedon’s grasp of the human condition and the contradictions in at work in the human heart. His picture of the human urge for meaning and transcendence feels more compelling than many “official” commentators on the faith. Moreover, the popularity of his work reveals as a bald lie the populist notion that contemporary society does not want to think about or reflect upon ideas of sin and personal responsibility. The story lines and character arcs in Serenity and Firefly, like Buffy The Vampire Slayer and Angel before them, are loaded with moral and spiritual calculations that fans love to pick apart and discuss.

UPDATE (2022): I’ve decided to keep this article up because it reflects my state of mind back in 2008 when I wrote this. But, in subsequent years a lot damaging accusations have dented Jess Whedon’s career. This New York Magazine article is essential reading for anyone interested in what happened to Whedon’s career and his own struggle to take full responsibility for his abusive behavior. And, my own worldview has shifted substantially when it comes to theology and church. So I wouldn’t write this kind of a piece now. 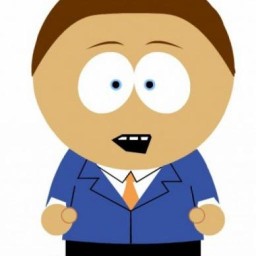 I really like the movie and series. I wish it was still on TV. I will read the PDF (I Just downloded it).