When Positive Parenting Can be Negative

A while back, I posted some comments on parenting styles, after hearing Lousie Porter speak. I was hoping to hear her again this week, but schedule changes brought on my the latest Typhoon, scuppered those plans. So, it was interesting to read Alfie Kohn’s New York Times piece, When a Parent’s ‘I Love You’ Means […]

A while back, I posted some comments on parenting styles, after hearing Lousie Porter speak. I was hoping to hear her again this week, but schedule changes brought on my the latest Typhoon, scuppered those plans.

So, it was interesting to read Alfie Kohn’s New York Times piece, When a Parent’s ‘I Love You’ Means ‘Do as I Say’. Although different to Porter’s argument in a lot of ways, Kohn also questions whether parenting should focus primarily on obedience (or what Porter calls control). This position questions the place of negative reinforcement (punishment or disapproval) as well as positive reinforcement (rewards, or conditional approval).

I’m often asking myself “what am I really trying to do here,” whenever I’m correcting, encouraging, or, or trying to “teach” my daughter. It’s no great insight to suggest that what we should be doing as parents (and by extension what we think other parents, teachers, nannies, or whatever should also be doing) will flow from our idea of what it means to be an adult. That’s where I find some of the comments on the NYT blog, responding to Kohn’s piece more than a little depressing,

“First off, my job as a parent isn’t to raise a child to love me and be my friend. It’s to raise an adult who is a contributing member of society, who follows the rules and is an asset to the world.”

That’s from a comment that seemed quite popular. Maybe I’m reading too much into that, but I find that vision of being an adult rather chilling. Personally, I don’t what my daughter to grow up to be an obedient cog in wheels on society that values rule following and being an asset, over personal relationships and, well, love.

As a parent your job is to teach your child how to love and it is through learning to love our parents and family that we learn how to love. Following rules is secondary to learning how to make rules, just rules in fact and how to negotiate together the making and following rules. Contributing to society is not like subscribing to a magazine – we make society through our choices and through the decisions we make to change rules.

Where I found myself disagreeing most strongly was typically with those commentators who wanted to place on emphasis on “teaching” kids values and ethics.

“Appropriate praise, rewards, criticism and punishment are the way we express love for our children by teaching them the virtues. If a child were not criticized or punished for taking another’s property, or hitting, he would not learn that those behaviors are wrong. If he were not praised or rewarded for hard work, generosity or altruism, he would not learn these moral values. None of this is instinctive; they must be taught. What is conscience but internal pressure?”

I’ve heard this kind of reasoning often (particularly from Christian parents). To a large extent I do agree that parents should make kids aware of things they do wrong, hurts they commit and errors they make. A lot of kids simply don’t notice the path of destruction they make. But, to say that all kids have no instinctive moral compass? I can’t agree. Kids vary a lot in terms of their capacity for empathy, self-awareness and as they get older, self-reflection.

And, there’s another really big point, about this issue of who kids learn hard work. I don’t believe for one second that I learnt the value of hard work because I was praised or rewarded as a child. I learnt it because I saw examples of it. When I look at the “hard work” aspects of my week, from hours spent fine tuning recordings and arrangements, to time taken to clean, fix and maintain equipment, to cooking healthy meals for my family or organising my home – these are not things I do because I have some desire criticism or reward. Rather I do them because I grew up seeing them done and I also saw places where they were not done and I learnt what the difference meant – not through rewards and punishments, but through the quality of lives people lead.

Responding to criticism of his position, Kohn writes,

“Albert Bandura, the father of the branch of psychology known as social learning theory, declared that unconditional love “would make children directionless and quite unlovable” — an assertion entirely unsupported by empirical studies. The idea that children accepted for who they are would lack direction or appeal is most informative for what it tells us about the dark view of human nature held by those who issue such warnings.”

Which brings us back the need to define adulthood before we define parenting. Do I really value obedience, a need for constant rewards and punishment, a readiness to criticise and punish or being an asset instead of being a friend in other adults? No. Do I want, as an adult for my life to be one constant navigation through a maze of shifting rules? No. If I don’t see the adult world that way then why, why would I want to condition my child to respond to that kind of an environment?

One argument against that could be that kids are not adults and not able to act like adults. Very true. That’s why we should be very slow to expect them to do so, to take on responsibilities they are not able to respond to, from within their own abilities. That’s the intellectual and moral job of parenting, to break the world down into chunks that a child can socially and culturally digest.

So, when a kid breaks “the rules,” that will sometimes mean asking ourselves if those rules are really relevant to our sense of what being an adult is all about. It may mean questioning if those rules are actually being understood by the child (or if the child is even ready to understand them). Perhaps the child has an understanding of the situation that suggests another way of acting that might be our “rule” but could be equally good, or better in that situation. Or, it may mean that the child is not following those rules because we, as adults don’t follow them.

““First off, my job as a parent isn’t to raise a child to love me and be my friend. It’s to raise an adult who is a contributing member of society, who follows the rules and is an asset to the world.””

Now this IS a chilling quote, and is also a reflection of the north American evangelical work ethic. A world like this might be ‘peaceful’, but it will also suppress individuality and loving kindness. It is the world of my grandparents, where everyone knew their place and it was fine to tease and abuse those that didn’t fit.

But I also disagree with the statement the commentator is reacting to, and although our children should love us as a natural outcome, our training of them should be for their benefit to produce wholesome people, rather than self-funding house pets. There is much to say and little time.

““Albert Bandura, the father of the branch of psychology known as social learning theory, declared that unconditional love “would make children directionless and quite unlovable” ”

I want to make a sarky comment about this comment and people in church, but I think you get my drift without writing specifics. 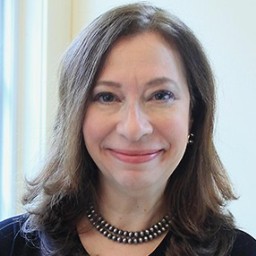 Thank you for this heart-felt piece. It isn’t easy to be a parent, and questioning our own actions is an essential part of our job. You mention Bandura; my association with Bandura is his idea of “self-efficacy,” in this context– interacting with our children by bringing out and making use of the competency in them. This is why in my book, Freeing Your Child from Negative Thinking, I spend time on the question of what it means to want “the best” for our kids. It’s not about giving it to them or doing for them. Fostering resilience– giving them the tools to seek out and live that best life–the ups and downs and all– is the greatest gift of all.
Tamar Chansky
http://www.freeingyourchild.com