What Is A Project Studio?

In the middle of last year, I wrote two posts outlining my plans for a small studio here in Singapore. The first, Anchoring A Recording Studio questioned whether a small studio really needed to follow the example of big studios, now that digital technology has changed our approach to recording.

“When we imagine a professional recording studio the vision that normally comes into our head is of a mixing desk, or recording console, with rows of faders, knobs and controls. In fact, the people who build and run studios will often talk about the console “anchoring” the studio, both in terms of sound and workflow. Maybe the recording console also anchors the idea of a studio in our imagination as well?”

The second post, Anchoring A Recording Studio Part 2, was a more pragmatic piece, explaining my decision to build a small, live-music oriented studio, around an exciting new console from Allen & Heath.

More Than A Year On

So much for that plan! I decided, for a host of reasons, not to buy the console and, in fact, not to buy anything and just keep working “in the box” until I was more sure of my direction. I’m now “reverting to plan A,” so to speak, though with some slightly different choices. In a week or so, the final orders will be made and I’ll be able to tell you about the gear that will be populating my music studio for 2013 and beyond.

A Word On Project Studios

The word project studio seems to confuse a lot of people. I guess we can never hope to standardise these kinds of terms. For me, a home studio is simply a place in your home where you can record music. Whereas, a project studio is a higher quality space, built for recording a producing specific kinds of musical projects. The project studio could be in a home or not and is built around the musical ideas and sonic signature of one musician, producer or band. This is in contrast to a commercial studio, which is built to be flexible enough to handle a wide variety of projects, workflows and allow for a range of sonic signatures.

A Word On Quality

Today it is much easier than it was 20-30 years ago, to build a studio, buy the best gear, or learn how to record and produce music to the highest standards. Make some good gear choices and apply the right techniques and you can make amazing recordings in even the most modest settings. And, of course, you work with tremendous control in the digital realm.

There’s no reason to assume a home or project studio cannot produce recordings as good or even better than those from a commercial studio. In fact, a lot of the most dissapointing sounding recordings I hear these days come from small to mid sized studios, built in the 80s and 90s, which are caught in the middle of neither having amazing old analogue gear, nor being able to keep up with the best new digitial equipment.

In this video, Steve Vai gives us a nice tour of his new studio, The Harmony Hut. Steve is combining some big studio approaches with a project studio vibe, with gear choices totally driven by his projects and sound ideas.

I love the way Steve Vai has approached his new studio (even the sea-foam green aesthetics). Perhaps the most fascinating aspect is the gear he has for the final stereo mix – these are mastering grade compressors and EQs. It’s clear this studio can handle the whole recording process, right down to mastering.

One studio, with a unique and individualised sonic signature, to handle the whole musicial process, from songwriting to releasing mastered songs. That’s the future of project studios. 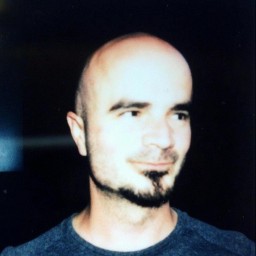 Are you killing me ?
Don’t you know the price for every piece of gear in this studio ?
You can’t considering this studio as a home studio or a project studio ! It’s not a commercial studio, that’s the only difference, and maybe, he is not able to record a full band simultaneously.
Good luck

Ty – I guess that’s the difference I was alluding to. The name project studio, to me, is not about the price of the gear, but the design and working ideas that went into the studio. Certainly there are commercial studios that are very inexpensively built and with pretty budget gear.