What Do Leaders Do?

Are Christian Ministers leaders? Yes. Is Leadership a good metaphor for Christian Leadership? Not really. Confused? You probably should be. Last week whilst replying to John Smulo‚Äôs thoughts on Christian Leadership, I noted my struggle with seeing ‚Äúleadership‚Äù as a dynamic replacement for Jesus‚Äô metaphor of the Shepherd (thanks again to Spike and Toni for […]

Are Christian Ministers leaders? Yes. Is Leadership a good metaphor for Christian Leadership? Not really. Confused? You probably should be.

Last week whilst replying to John Smulo‚Äôs thoughts on Christian Leadership, I noted my struggle with seeing ‚Äúleadership‚Äù as a dynamic replacement for Jesus‚Äô metaphor of the Shepherd (thanks again to Spike and Toni for some helpful comments on how the idea of Shepherding might speak to us today).

Yesterday, I was reading through some Harvard Business Review excerpts and the following quote from John P. Kotter (2001) caught my eye,

‚ÄúWhat leaders really do is prepare organisations for change and help them cope as they struggle through it.‚Äù

Despite the business-speak, there is something here that resonates with my experience of ‚Äúleadership.‚Äù Postmodern ministry is about Christianity in flux, about facing the inevitability of cultural change, about coping with and flourishing through glocalisation. A leader sees the change that will be required and is there for their fellow-believers as they adapt to that change.

Any meaningful leadership will be prescient. It will have a sense of the future; the challenges it presents and the cost of adapting to it. Being Christian it will also have a sense of the past, the story that informs or faith. If that creates for you an image of a minster with one foot in the past and one foot in the future while the present kicks them in the nether regions – well, no-one said it would be easy!

If you watch the recent interview with Rick Warren and Gregory Boyd, I think you can see leadership in action. Here are two conservative leaders facing the reality of the world in which they are called to do mission. It is not about zigging when others zag, it is about responding to the evidence of cultural change and the dissolution of practices that no longer work. Not everyone copes well with cultural change, not everyone wants to let go of familar but failing practices.

The HBR article highlighted some differences between management (planning, budgeting, staffing, controlling) and leadership (vision, aligning people, inspiration and motivation). I‚Äôm deeply cynical about vision language in churches, largely because most ‚Äúvisions‚Äù that have been presented to me were little more than pre-packaged ideas masquerading as spiritual insight. So I was interested when Kotter said,

‚ÄúMost discussions of vision have a tendency to degenerate into the mystical. The implication is that a vision is something mysterious that mere mortals, even talented ones, could never hope to have. But developing good business direction isn‚Äôt magic. It is tough, sometimes exhausting process of gathering and analyzing information. People who articulate such visions aren‚Äôt magicians but broad-based strategic thinkers who are willing to take risks.‚Äù

Hard work, analysis, evidence and risk. Does that sound like your vision-setting agenda?

If there is something in the leadership discourse that resonates with my experience of ministry, it is this – responding to the real world changes in culture and the anxieties and problems that raises for people of faith. Anyone can sequester themselves in a private study and come up with a wish-list of semi-spiritual sounding aspirations. But setting a course that navigates our changing social reality and the challenges it presents for mission and faith, that is leadership. It also ‚Äúde-centres‚Äù the ‚Äúleader‚Äù since they are neither the subject, nor object of the leadership they embody.

Those are some incomplete thoughts for now – it‚Äôs a subject I will probably return to again in future. 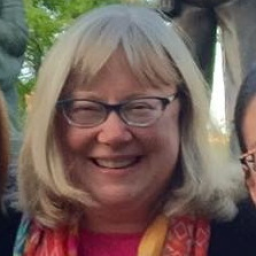 I’d be curious what you think of Scott Cormode’s “take” on Christian leadership. He’s got an interesting way of talking about Christian leaders as shepherds, builders and gardeners, and I think his notion of “gardener” might be closer to what you’re trying to get at. He writes about it here:https://www.christianleaders.org/JRL/Fall2002/cormode.htm

Interesting thoughts. I was thinking about leadership as I walked home from the office yesterday. I remembered back to when I did a lot of sea kayaking. The “leader” or most experienced paddler was always the guy at the back. There were several reasons for this.

One we all knew the direction we were to go so we didn’t need to “follow” the leader in that sense.
Secondly it meant that that speed we went at was not set by the fastest paddler but normally by those of medium ability. Perhaps most importantly the leader was at the back as this way he could keep and eye on everyone, spot when someone was tiring or going off course.

Now I‚Äôm not saying this way of leading translates perfectly into “Christian ministry” but I do think there are lessons to learn.

Mary – Thanks for that article. Yes, the gardener idea is close to what I am thinking about. I will come back to that article in the near future!

Brodie – Thanks for your comment and for checking out the blog. There is a lot to learn from that example. Interestingly, it connects to what Spike was saying in response to my last post on leadership.

Fernando, have you read the “What about Leadership?” post at https://sojourner.typepad.com? It’s on the right hand side under “The Basics”. I’d be curious to get your thoughts.

Did these guys really not see their role involving any authority? Were they really open to a church consensus model of direction? I’m open that I’m missing something in my reading of the NT, and I’m guessing you’re just the person to point it out to me if I am.

John, I have a real aversion to the idea of ministers as nothing more than “facilitators” and I sensed a bit of that in the article. There was a revionist sentiment in the article – it didn’t drive me crazy, that was caused by the angst that permeated it. For me, the NT has an element of elders/bishops being “guardians” that this article does not allow.

I also found the article very naive about power and politics in organisations of every size. I recall one church I served in where a key minstry was run on a consensus model, or so I was told. In practice it mapped exactly the core beliefs of the ministry “co-ordinator” from how the rosters were done to the material covered.

Replacing an explicit power strucure with an implicit one is disingenous.

You have brought up authority, which is a really interesting problem and one I will blog on when I comment on the article Mary brought up. My taxonomy of authority in ministry is tied to how we understand vocation, or calling. I would agree with the article that too much of what passes for Christian leadership today is about control – control is not the same thing as authority, That comes back to why I’m uncomfortable with borrowing too much from command and control contexts.

I think we need to understand authority in relation to Paul’s idea of freedom in Christ, but like I say, this is material for more blogposts.

Thanks for your helpful thoughts. I hope you understand that this is something I’m struggling through, and trying to find answers to. I’m glad to hear that you’ll continue to blog on this subject. I appreciate your thoughts.