These occasional posts, compiling interesting thoughts from a variety of sources, are a by-product of the way I create content for this blog.

Insightful blogposts that merit comment and consideration, get archived and imported into Scrivener, where I jot down some initial responses. But, if those initial notes don’t germinate into a larger piece within a week or two, the odds of them over going anywhere drop significantly. Instead of letting that link fall into a virtual dump, I aggregate it with other links that are in the same sort of limbo. My hope is that you, the reader, might take up some of those fragments and think creatively about them yourself.

Of course, I’m often prone to adding too many disparate and unnconected links on these posts and for that I apologise. My blog reading is wide and quite varied – what else can I do? Anyway, here are some great blogposts from the last week.

Seeing The World As A Sinking Ship – More thoughts on evangelicalism, cultural engagement/estrangement and fundamentalism.

Dawkins On The Couch – Like Mark, I’ve often wondered about the life experiences and small interactions that have fuelled Dawkins ire for religion and in particular for Christianity. I’m not sure this Freudian reading fo the situation is totally convincing, but sure is fascinating.

Stockhom Syndrome – Intelligently provocative piece on abusive church structures and why people allow themselves to remain within them.

Unchristian – The UnChristian meme is spreading around the blogosphere and drawing some very telling responses. The idea is that participapants must write three negative percpetions about Christians and “…one thing that Christians should be known for.” Glenn’s thoughts stood out for their focus and clarity.

Neo-Youth Ministry Methods: The End of Bait and Switch – The use of violent games like Halo 3 in youth ministry and the general acceptance of hyper-violence amongst some conservative Christians continues to attract comment and attention. It’s important not just to critique the wrongheadedness of condoning hyper-violence, but also to look deeper at what such approach say bout the way we think about the Christian message the church that (seeks to) embody it.

Instilling Values in Your Child: Teach by Doing – Our children are watching us and forming their moral compass in response to what we do. Here’s a great example of teaching morality through being moral. I think as parents we need to collect these sort of examples as reminders and inspirations.

People In Glass Houses – Considered, humble and self-reflexive review of Tanya Levin‚Äôs autobiographical account of growing up in and eventually leaving the church that became Hillsong.

When It Comes To Perception – Christianity’s Taking A Beating – Without doubt the popular (and populist) backlash against Christianity that we are now seeing is a consequence of the confrontational approach some (many) Christians have taken towards the culture wars in the US, the way these have been exported globally and the uncritical marriage of conservative religion with far right wing politics. My feeling is it is only going to get worse over the rest of this decade.

Right Time To Say Sorry – Apparently Australian Prime Minister, John Howard, is claiming that the time is right for Australia to think about reconcilliation with it’s indigenous population. I’ve read a few reports on this and I can’t help but laugh; that deep, cynical laugh, that only political mendacity can inspire. Remember this is the same man who systematically dismatled the processes towards reconcilliation that were in place when his party came to power.

Of course, he is not offering to apologise, just to have a referendum about it. Given the way the last important referendum, about the republic was framed, the odds would be against this one being worded in a way favourable towards success. Moreover, the odds are against Howard still being in power when and if an apology were required – even if he wins the next election (which I predict he will). This move is nothing but cynicism writ large. 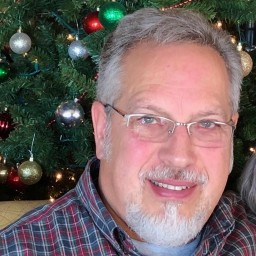 Fernando- Thanks for the link. 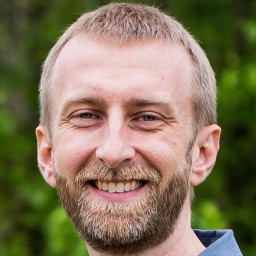 Thanks for the link Fernando.