Before reviewing any novel. I should start with the following admission – I am an infrequent reader of fiction. Given the choice, I gravitate towards non-fiction most of the time. Perhaps it is because I feel so ill-informed about the world that a kind of moral compulsion drives me away from creative literature. It’s a […]

Before reviewing any novel. I should start with the following admission – I am an infrequent reader of fiction. Given the choice, I gravitate towards non-fiction most of the time. Perhaps it is because I feel so ill-informed about the world that a kind of moral compulsion drives me away from creative literature.

It’s a bit silly. But, perhaps not as silly as the repulsion I start to feel when a novel becomes the literary flavour of the month. It’s not that popularity and literary quality can’t mix. It’s just that, well, for every one Miss Smilla’s Feeling For Snow, there are ten Captain Corelli’s Mandolins.

These tensions kept me from reading The White Tiger: A Novel (Man Booker Prize). I can’t remember how I came to have the book on my shelf, whether it was a gift or impulsive purchase, but I do recall feeling my enthusiasm for reading wane with each passing recommendation. So, it gathered dust, while I read two rather meaty non-fiction works on India (one sociological, the other historical) as well as a number of long essays.

But, on a recent trip I bit the bullet and said – now or never. I’m glad I did.

In many ways, The White Tiger is a rather exceptional novel – a great piece of storytelling, with an uncommon sense of pace and style. There is an extended series of loosely connected scenes, about two thirds of the way through that are nothing short of breathtaking.

Perhaps it was because I lived in Delhi for a while that a lot of friends kept asking me if I had read the book. The middle section of the book, around which the plot bends, is set in Delhi. It explores the relationships between the burgeoning Middle Class of modern India and the working “Servant” class, of which the storyteller in the novel finds himself.

This portrait in terms of the economic and social tensions that exist in the city as well as the resentment and angst that these inequalities breed. It’s a caricature – but not a false or unbelievable one. Moreover, the novel suggests that metaphorically the city itself speaks to these injustices and whispers a siren call of violent upheaval to those who suffer the wrong end of this economic bias.

In some ways I agree with that image. Delhi is often an angry city, ill at ease with itself in so many ways. But, for a city its size and with so many intractable structural problems, it lacks the sense of menace that The White Tiger suggests. I suspect that the reason why the book doesn’t wholly ring true, as an account of the city, is to be found in it’s failure to get so many smaller facts right about life in the city. It’s a powerful narrative of modern India, but one that is drawn with very little eye for detail.

A lot of characteristics of greater Delhi, from the layout of Gurgaon, to what “drivers” do with their spare time when waiting while their wealthy employers to return from shopping at the luxury malls or eating at the finer restaurants, or people supposedly being denied access to malls because they wore sandals, simply didn’t ring true at all. When real places and real names are invoked as often as they are in The White Tiger, then a lack of fidelity to the smaller aspects of life undermines the larger substance of the novel.

In one scene we have the driver being called repeated by name by an irate hotel employee. But, in Delhi, drivers are never called by name in the large hotels, they are called by the registration number of the car they drive. To me, that’s a more telling indictment of the relationship such drivers have to their job.

It’s also a detail that anyone who has spent anytime in the city would notice. I found myself wondering why the author would change that. I’d like to think it was simply an editorial choice, but I kept wondering, as more an more of these details kept cropping up, whether it was a case of inadequate research.

In a way, it was like the feeling that Woody Allen’s London based films evoked, a powerful story told with a tourist’s eye view.

The White Tiger did make some powerful and uncomfortable points about Modern India, especially the fraught and probably unsustainable relationships between the urban upper classes and the “servant classes,” as well as the growing gaps between the wealthy cities and the poor countryside and between economic progress and economic justice.

Whilst I saw many familiar names in the places described in the book, I didn’t really find the Delhi I lived in. I was reminded of the anger and resentment, the corruption and hardship and the irreconcilable contrasts of wealth and hardship. But, there were layers of social fabric missing.

Perhaps the great irony of The White Tiger is how the social commentary is undermined by a lack of attention to detail in describing the lives of the very people it seems to be trying to give voice to.

I wonder, since it was apparently so well written in other respects, if those errant details might have been deliberately included in order to reinforce the perception of it being a work of fiction? Rather along the lines of “this is India, but not THE India you know”. Or maybe it is just an idication of weak research as you suggest. 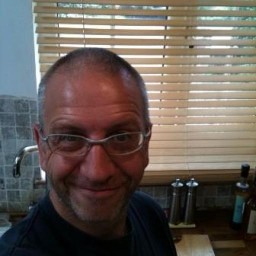 …just got a copy out at the Library…looking forward to giving it a read.

At times I wondered if there might be some purpose to it. Sometimes an author or film-maker might collapse facts to make them fit a story. But, here, I’m not convinced…

Johnny, I look forward to hearing what you think of the book…

Fernando, you piqued my interest and I’m on the wait list at my local library. I’ll be very interested to see ho it relates to my little taste of Delhi and to the Delhi my daughter describes.
She is working on a book about her experience there.

I’m about 2/3’rds through The White Tiger now. Your comment comparing it to Woody Allen’s London films – “written from a tourist eye view” may be accurate. As I was only in Delhi a week, and living with one of those wealthier families while there, and then another week traveling around the golden triangle with a driver, it rings true to my tourist’s experience of things…
I wonder if that might be the perspective of the main character since he is a tourist as well..
it is a powerful book.
I’ll let Alexis know you are interested in reading her book.

That’s an interesting point. Initially, sure he is a tourist and his perception of the malls, restaurants and so on will be superficial. But, and this is my gripe, it never moves from there, it never (to me at least) gets deeper.

Now, maybe it doesn’t need to do that in order to drive the story (no pun intended). BUt, then why through all the names and places around – it’s like false detail.