The Science of Sleep

The Science of Sleep is Michel Gondry’s tri-lingual and somewhat Borgian follow up to Eternal Sunshine of the Spotless Mind. Sunshine is one of my favourite films, a revealing exploration of the way we construct and process our memories and a fantastic piece of storytelling, made possible through the collaboration of Gondry’s direction and Charlie […]

The Science of Sleep is Michel Gondry’s tri-lingual and somewhat Borgian follow up to Eternal Sunshine of the Spotless Mind. Sunshine is one of my favourite films, a revealing exploration of the way we construct and process our memories and a fantastic piece of storytelling, made possible through the collaboration of Gondry’s direction and Charlie Kaufman’s brilliant script.

Some reviews have made a close comparision between the two films, which is valid up to a point. Both films deal with the way we construct and order our experiences, both films feature romantic attachments between people who could be described as social misfits, both films use Gondry’s unique visual sensibility to blend reality and imagination as a way to explore the workings of the human mind.

But, the differences are equally apparent. Sunshine is very much a Kaufman film, with deeply drawn characters whose history is revealed with each turn of the plot. Sleep is not like that; the characters at first appear shallow, but really they are revealed through interaction, through the spaces between each character and the blend between their function in reality and their function in the protagonist’s mind. It’s simultaneously more complex and more frustrating.

Also, it doesn’t always work. The problem with a film like this is that the story itself is not as important as the way the story is told (this is the biggest difference with Sunshine, where the narrative is much stronger). Films like this can struggle because the device consumes the plot, so at times you are left feeling as though the plot twists exist solely to serve the director’s need to include another visually powerful scene. It makes some dramatic and visually compelling cinema, but it can also leave you flat on an emotional and relational level.

It’s particularly difficult with a film like Science of Sleep, where the characters are interesting, but not always sympathetically drawn. The film lurches from moments of real tenderness to some ugly dysfunctionality.

I’m sure this won’t be the last time I write about The Science of Sleep; there’s a lot more to be said (especially about the mental state of the protagonist), but I’ll leave that for another time. This film really merits close attention and almost demands a repeat viewing.

Tagged Film
2
NEXT ARTICLE
What We Could Learn From Not Going To Church?
Responses 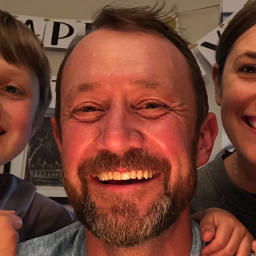 Couldn’t agree with you more about the film. I saw it here in Geneva and it was quite an interesting experience. My wife and I really enjoyed Eternal Sunshine and walked into Sleep thinking along those lines; however, we’ve since explored it again, and found that we enjoyed it and appreciated it more the next few times.

On many fronts, i think the film was a bit too clever. It’s multicultural complexity will and has lost quite a few of its viewers in the mainstream. Lots going on in the film with all the characters in that regard. And it leaves you wondering…”how would Jim Carrey and Kate Winslet have acted this out? Or could they have?” But alas, you are right…it merits more attention!

Joshua, thanks for the comment. I paused in front of the cinema today wondering about when I could squeeze in a repeat viewing.