The Price Of Social Media Is Endless Adaptation

The social tools of our digital age afford us amazing opportunities, on both a personal and professional level. But, Social Media also presents a lot of challenges, especially for all of us engaged in creative work. When I attended MusicMatters in 2010, there were not many conversations about Social Media; certainly not many good ones. […]

The social tools of our digital age afford us amazing opportunities, on both a personal and professional level. But, Social Media also presents a lot of challenges, especially for all of us engaged in creative work.

When I attended MusicMatters in 2010, there were not many conversations about Social Media; certainly not many good ones. The common theme involed hitching your wagon to Facebook as a one-size fits all solution (even though many companies were already innovating in the Social Music category). This year the conversations were very different. For example, Spotify was criticised (both on the stage by Bob Lefsetz and in post session discussions by many others) for being too Facebook-centric in their approach.

A lot of people were asking tough, well thought out questions about where Social Media is taking us. I even had one band literally stop me on the street, in Clarke Quay, to how they could better use Twitter and SoundCloud to generate a buzz around their band. We joked about MySpace and the bands that still focus their attention on that platform and mentioned at least a dozen other Social Media platforms that might be relevant to a band today.

It’s a common complaint that you can’t really say anything on Twitter, given the 140 character limit. However, Amy New York Times article, Twitter Dynamos, Offering Word of God’s Love shows the way religious authors in the USA are using Twitter to build their following. And, that’s just the tip of the iceberg when it comes to authors and original content creators reaching out directly to their readers, listeners and viewers.

Another great little piece is B.L. Ochman’s AdAge piece Why Twitter Is a Better Brand Platform Than Facebook, which sheds light on some occasionally overlooked benefits of using Twitter in a business or marketing context. In particular, Ochman highlights some areas in which Twitter has an advantage over Facebook. Every week there are more and more articles calling attention to the issues confronting Facebook, like Jessica Guynn and Ryan Faughnder’s L.A. Times report, Some teens aren’t liking Facebook as much as older users.

And, in the other corner is Google+ – maligned by many people, but growing fast in some niches, especially the photography world. Guy Kawasaki was recently on Chase Jarvis Live doing a hard sell. And, Google recently sponsored a well attended photography conference, hosted by Scott Kelby, who now has close to 1.5 Million encirclers (or whatever they are called).

I got serious about photography in mid 2009. Back then Flickr was at the centre of online photo sharing. But, the last time I checked, most of my contacts on Flickr had not posted a single new image to the service in 2012! Last year I got excited about 500px. But, after a period of growth, the service seems to have stalled, becoming a niche photographer’s club with a gamified ranking system.

Although Google+ has become very popular with photographers, I really don’t like the service. It doesn’t feel any better than Flickr for viewing images and when you dig into the conversations below each update, you get the same kind of confrontational hostility that I’ve always disliked about forums.

Even my personal favourite Instagram is suffering from service issues and an image problem in the wake of the Facebook buyout. The time is ripe for the next mobile photography platform to take off.

The Choices We Make

I used to believe in having a presence on as many services as possible, then linking those down to one home site that had all your work available. Hopefully, people could stumble onto you in any popular platform then click through to find out more about you. This funnel approach was my strategy for a number of years.

I don’t believe in that anymore.

There are just too many services out there. It takes too long to manage all those profiles. And, having a dead profile on a service is, in the eyes of many tech-saavy people, worse than having no profile at all.

With so much noise and self-promotion out there, getting your message to cut through has little to do with how much you pimp and hype your own work and everything to do with what other people say about your work.

Instead of the funnel, I’ve come to believe that we need to be simultaneously ubiquitous and scarce. We need to be easy to find while also holding something back. We need less hard sell and more helpfulness, meeting our readers, viewers and listeners halfway and making our work easy to share. At the same time, we need to hold something back, a reward for the most loyal, or a new discovery for those that go looking. Something that gives the sense that we have more to offer, that it isn’t all out there yet.

MySpace taught us that services can die, suddenly and in catastrophic ways. And, as everyone who had a sense of community there knows, when your tribe fragments they don’t automatically follow you onto other services. Social media is a powerful tool for connecting with people and communities but it comes with a cost. We have to constantly adapt and change as platforms rise and fall. The solution we find today probably won’t be the solution that works for us in a year or two. 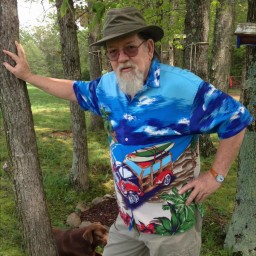 Change is the only constant in our lives and it seems with Social Media and the Internet that the process has accelerated. They are great tools to be used for their purpose but I see them replacing social interaction. An example is the band stopping you on the street and socially interacting with you to find out how to use Social Media is a funny example of what you were talking about in the post.