Right now, we are in the early stages of the COVID-19 pandemic. It’s hard to know what to think. Here, I offer a few feelings about the future.

It may feel too early to look for silver linings in a growing disaster. We don’t yet know how many people this will affect, how successful the countries acting decisively might be, or how tragically things will unfold in the countries that are failing to act.

But, as many of us not only work from home but take increasing measures to self-quarantine (as I did on March 9), it seems we will all have the time to stop and consider what this global crisis might teach us about how the world will change – hopefully, for the better.

1. Stress Testing Our Assumptions About Leadership

In many democracies, what we’ve seen in the past 30 years is ideology being used as a tool to fragment society, to make it easier for political parties to focus on the game of winning elections and special interest groups to manage those parties. This makes it very hard to meaningfully test the ideas of people running for elected office.

Which, of course, makes politics a massive outlier in need of disruption when compared with most other areas of life, where data and technology now make it much easier to evaluate what we are being offered and make comparisons more transparent.

COVID-19 has shown us clear-cut differences in the way countries respond and protect their citizens. Some of these responses have been very prompt and innovative.

Consider Taiwan, which quickly linked databases of health and immigration to proactively track and test people at risk of the disease. Or Singapore, who seconded police detectives to health services to track down cases and incentivised start-ups right away to develop tracking apps. Hong Kong has implemented digital tracking to monitor new arrivals who are now quarantined.

By contrast, a lot of other countries, especially ones whose politics have in recent years become little more than vicious empty rhetoric, have had fragmented (or nonsensical) responses or have been unable to anticipate the spread of the disease or respond to initiatives to slow it down.

So, when governments quote their “experts” or the “science,”it might become harder to hide behind ideology when competing evidence shows a better way.

This presents a challenge for the rest of us, because in recent years so many news organisations have been hollowed out and have fewer staff to track deep and complex issues over a long time. The threat of a pandemic is not new, but keeping the story alive – maybe by having a reporter on a health desk who continually tracks this – is simply beyond the scope of most news organisations now.

And we also need to be better informed and better able to process the mathematics of disasters like this. At first there were so many jeering comments about COVID-19, saying it was “just like the flu” and the mortality rates were too low to warrant action. These were from people who simply didn’t get the way future events can defy expectations, especially if we make the mistake of assuming tomorrow will always look kind of like today.

A few weeks ago, I posted about the Apple Watch and how a big part of its appeal was the ability to track health data. I’ve also previously written about using a smart device to track sleep.

Wearables and smart devices could play an important role in the near future. A device like the Oura Ring can already track variations in your body temperature and can identify oncoming illness, even before you’re aware of symptoms.

A little more sci-fi, but still imaginable, are smart toilets that can analyse your “samples” and detect changes in your metabolic health.

And it seems inevitable that broad social surveillance will include greater medical tracking of the kind we’ve already seen in some countries’ responses to COVID-19. It might even become commonplace for employers to demand that you sign up to some kind of digital health tracking as well.

This spate of innovation isn’t limited to the world of high tech. Many online groups have sprung up to crowdsource initiatives to build respirators, a vital tool for dealing with a pandemic and one with which many countries are pathetically under-equipped. There’s even open-source handbooks for dealing with the pandemic, which include information of scientific modelling, collaboration techniques, medical advice and guides for building hardware Perhaps most heart-warming of all, was the story of a 7th-grade student in Yamanashi prefecture in Japan, who used her personal savings to buy materials to make 612 face masks, which she then donated to the local government.

And the process of approving drugs and new medical devices will change to favour much faster roll out of new products especially in crisis situations.

3. Questioning the future of work

A lot of people are finding themselves working from home for the first time. This is more challenging than it seems. Last week I offered a few words of advice for those who might be trying to make the most of this experience.

A lot of people are working from home for the first time. Having done this for most of my life here’s a few tips.

Don’t wear pyjamas all day. Eventually, lacking validation from others, you’ll have to confront your own self-worth. So show some self-respect and get dressed

Of course, this crisis could raise long-term questions about why companies haven’t had more flexible working practices in place already, especially for employees who are sick, differently abled, or caring for loved ones. And while some employers have been proactive in closing offices and sending people home, others have a cavalier and reckless attitude to keeping people locked into busy commutes and workplaces that are breeding grounds for infection.

On the other side of the equation, there are millions of people who work as freelancers and performers who’ve already taken a huge hit to their income. Add to this the people whose employment might be hit in travel, hospitality, and other service industries. A huge number of people will simply never recover the income they lose this year, and many will lose their businesses. And as more people stay home and rely on deliveries for essential items, tremendous stress will be put on delivery services.

The Pilates studio I visit in NYC and my former Japanese tutor in Tokyo have both taken up online teaching. The same holds true for teachers all around the world, who now find themselves having to offer education online. This could be the beginning of a revolution in online learning.

This crisis will reverberate around the world of work for several years and could have us asking hard questions about how we work, how we learn, what we expect from our employers and how willing we are to rely on a fragile gig economy to keep our lives going, and how much more we can do to support the artists, performers, freelancers teachers, and service providers we rely on.

A few weeks back, I tweeted about being the only person on a flight from Adelaide to Sydney wearing a mask. Maybe that wasn’t alarming. But the next tweet, where I noted men’s behaviour in the airport toilets, certainly was.

Men’s sanitation update from Sydney airport toilet. 7/9 guys left without washing their hands. The other guy who did failed to dry his. #itscoronatime

Since then, the importance of regular hand washing has been the key message globally – which begs a lot of questions about why hand-washing habits have become so poor. There was a time when hand washing regularly during the day, before meals, when coming home, or after handling money or being near anyone who was sick was non-negotiable.

And the same could be said for covering one’s mouth when coughing or sneezing. It wasn’t even part of early messaging from health organizations in many countries but, thankfully, has become more commonplace now.

Increasing attention is being paid to habits that could be learned from Asian countries, like wearing face masks in public, leaving your shoes and bags by the front door when entering your home, and regularly deep cleaning your home.

It will also be time to face up to how filthy modern cities sometimes are. There’s been a string of stories about San Francisco, for example. COVID-19 will be remembered for some horrifying buzzwords – none more so than “fecal shedding,” which is contagion by contact with particles of human feces. This doesn’t need to be by direct contact but rather like what happened with SARS before; people might be infected by droplets of fecal matter floating around in poorly designed toilets, which might spread infection from one apartment to another.

The sight of European streets being deep cleaned by workers in safety suits is one that will haunt us for some time. Perhaps it should. Hygiene standards have changed in response to past epidemics. And we’ve already seen how quickly habits can change by looking at China’s response to COVID-19.

The best strategy in this crisis is physical distance: work from home, cancel meet-ups and large events, and avoid physical contact with other people.

But this isn’t a viable long-term strategy for social creatures like humans, and it can’t be sustained for too long without catastrophic effects on the global economy.

It’s hard to imagine how this will evolve. We crave the security of knowing the people around us have good habits of health and hygiene and are responsible when facing a crisis. We will demand more of the companies, institutions, and organizations that care for the public spaces we work and move in. Some employers may demand we be open to having our health digitally tracked. We will probably see bio-integrity become a key feature of travel visas, at least for some countries. And, we’re already seeing harsh penalties for those who break quarantine rules.

As troubling as surveillance capitalism is, it seems inevitable that the COVID-19 crisis will accelerate the trend of us handing over more sensitive data in exchange for being part of these kinds of trusted networks.

Of course, the most important thing right now is the health of our loved ones. My family is spread across three continents, and I’ve never felt the pain of that distance more acutely than now.

Many people are having to deal with sudden dislocation. For example, there are more than 5 million international university students around the world, more than a million in the US alone. Most of them now have to travel home, on short notice, with only the belongings they can pack in a suitcase. Under normal times, the population of a small country forced to flee under these circumstances would be considered a crisis.

There are many stories like these, along with people facing sudden economic crisis, forced isolation, the consequences of living in a poorly governed country, or calls from your home country to “come home now,” and the disease itself.

My hope is we can all learn to be more compassionate as a result of this. We can learn from each other, overcoming prejudice to see how we can collectively make the world better. Maybe we’ll start to realize how much better prepared we need to be as a species to respond to threats to our shared well-being.

We live in uncertain times. But it seems clear that our world is going to change as a result of this. And, maybe, this is a small silver lining in this storm. 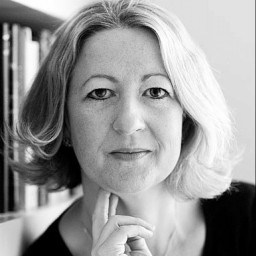 Jacqui – thank you. I will always be thankful to my friends in Hong Kong and Singapore who knew what to expect when “SARS2” came around.