A few weeks ago I wrote a very final piece on Flickr & 500px and just this week an update on the controversy surrounding Instagram’s new Terms of Service. Instagram’s Ongoing Implosion Well, the drama keeps unfolding. While Instagram (and parent Facebook), have backed away from their creative property grab, doubts still remain in many […]

A few weeks ago I wrote a very final piece on Flickr & 500px and just this week an update on the controversy surrounding Instagram’s new Terms of Service.

Well, the drama keeps unfolding. While Instagram (and parent Facebook), have backed away from their creative property grab, doubts still remain in many users minds. My own Twitter feed has seen a constant stream of posts where users advertise their departure from the service.

Many users are not happy, despite the changes and most expect this is just part of an ongoing trend towards monetisation.

Instagram will not fail overnight, but I’m inclined to think they have entered an irreversible slide. With so many serious photographers, early-adopters and concerned users (i.e., opinion leaders) leaving in a such short space of time, it’s hard to see how they will sustain long term growth.

In a curious turn of events, Flickr has suddenly sprung back to life. An opportunely posted update to their long dormant iOS app, just days before the meltdown in Instagram’s user base, means many are taking a long look at the great old lady of online photo sharing.

And, today, Flickr have responded to the rise in interest by offering three months of free pro membership to all their users (use this link).

Despite the renewed interest in Flickr, the problems still remain. Flickr’s web design is ugly and anachronistic and viewing images linked to Flickr from tweets is slower and uglier than clicking on photos shared via Instagram.

But, here’s hoping Flickr do take this moment in the sun to bring in the changes and give their users a service worthy of the new year.

For me, all this feeds into a growing sense of social media fatigue. As I mentioned recently,

“…I’m really questioning the effort that goes into maintaining and trying to grow all these avatars.

Or, to put it another way, I’m sicking of blowing up other people’s balloons.”

With 2013 only a few days away, I’ll be starting the new year without a commitment to any online photo sharing platform (other than this site) for the first time in years. Although I was a Flickr Pro user for five years (06-11) a few months of free service is not going to tempt me back. And, with the latest fracas, Facebook have shown their hand with regard to Instagram’s future.

While I believe the field is wide open for a new player to come in an create something as exciting as Flickr and Instagram were in their respective heydays (it feels like G+ missed their opportunity). However, I find myself wondering if 2013 is the year we start to see a different trend, with photographers returning to their blogs and resorting to hosting their photos on their own site, in ways they can control, rather than looking to third party services for hosting and sharing. 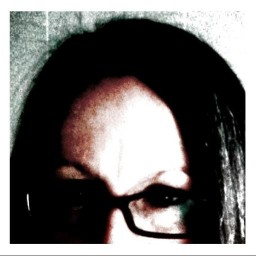 The Diane Lee Show 10 years ago

I deleted my Instagram account last week, more because of the huge amount of spam that has flooded IG and the latest update only allows the square/cropped upload format (no more landscape or portrait uploads).

I do have a Flickr Pro account, and use it mainly as an alternative back-up storage for my photos, although with the latest iPhone update, I have found that I am able to interact with other photographers more easily and sharing photos is a nicer experience. I’ll continue to “watch this space” for further updates as I think Flickr will continue to improve in 2013.

Lately, I have been putting energy into my photoblog, which I started in June (but had neglected) and have found that response to this has been positive.

Maybe control is the new black?