‚ÄúAt first sight, the concept of risk might seem to have no specific relevance to our times, as compared to previous ages. After all, haven‚Äôt people always had to face their fair share of risks? Life for the majority in the European Middle Ages was nasty, brutish and short – as it is for many […]

‚ÄúAt first sight, the concept of risk might seem to have no specific relevance to our times, as compared to previous ages. After all, haven‚Äôt people always had to face their fair share of risks? Life for the majority in the European Middle Ages was nasty, brutish and short – as it is for many in poorer areas of the world now.

But here we come across something really interesting. Apart from some marginal contexts, in the Middle Ages there was no concept of risk. Nor, so far as I have been able to find out, was there in most other traditional cultures. The idea of risk appears to have taken hold in the sixteenth and seventeenth centuries, and was first coined by Western explorers as they set off on their voyages across the world. The word ‚Äòrisk‚Äô seems to have come into the English language through Spanish or Portuguese where it was used to refer to sailing into uncharted waters. Originally, in other words, it had an orientation to space. Later, it became transferred to time, as used in banking and investment, to mean calculation of the probable consequences of investment decisions for borrowers and lenders. It subsequently came to refer to a wide range of other situations of uncertainty.‚Äù

The concept of risk has been around longer than than globalisation, but only emerged in the era of colonisation and European exploration, which set the foundations for the globalisation we now experience.

‚ÄúTraditional cultures didn’t have a concept of risk because they didn‚Äôt need one. Risk isn‚Äôt the same as hazard or danger. Risk refers to hazards that are actively assessed in relation to future possibilities. It comes into wide usage only in a society that is future oriented – which sees the future precisely as a territory to be conquered or colonised. Risk, presumes a society that actively tries to break away from its past – the prime characteristic, indeed, of modern industrial civilization.

All previous cultures, including the great early civilizations of the world, such as Rome or traditional China, have lived primarily in the pat. They have used the ideas of fate, luck or the will of the gods where we now tend to substitute risk. In traditional cultures, if someone meets with an accident or, conversely, prospers – well it is just one of those things, or it is what the gods and spirits intended.‚Äù

Giddens highlights the kinds of ‚Äúmagical notions‚Äù and superstitions that are still prevent today. Risk carries psychological uncertainty, even anxiety and so people will always seek to contain it. However, since risk also breeds ‚Äúexcitement and adventure‚Äù many will also embrace it as well. We are accustomed to understanding risk/reward as integral to the operation of modern capitalism.

‚ÄúModern capitalism embeds itself into the future by calculating future profit and loss, and therefore risk, as a continuous process. This couldn‚Äôt be done until the invention of double entry bookkeeping in the fifteenth century in Europe, which made it possible to track in a precise way how money can be invested to make more money.‚Äù

At the core of capitalism is the management of risk; we find this in finance, all levels of management and particularly in insurance, which is the business of calculating and redistributing risk. Even welfare functions as a process of social risk-management. All these work on projecting and probabilistically predicting future outcomes and costing those outcomes. However, our attempts to manage risk have also made our own futures more uncertain. Whilst risk was, during the era of global expansion and into modernity thought of as primarily external – this meant risks were ‚Äú‚Äù…experienced as coming from the outside, fixities of tradition or nature. However, we now face a string of manufactured risks, ‚Äú…created by the very impact of our developing knowledge upon the world.‚Äù

‚ÄúManufactured risk refers to risk situations which we have very little historical experience of confronting. Most environmental risks, such as those connected with global warming fall into this category. They are directly influenced by the intensifying globalisation‚Ä¶‚Äù

This is best understood if we consider that we live ‚Äú…after the end of nature.‚Äù For most people (especially in the west) their surrounding environment is the result of human interaction. Even if it appears green, it bears the deep marks of human cultivation and management (the english ‚Äúcountryside‚Äù comes to mind here).

Social institutions are subject to this manufactured sense of risk, as they try to adapt to changes in patterns of work and life. Genetically Modified food and global warming also represent another manufactured risk. Whilst external risk could be calculated with a high degree of precision based on prior experience, manufactured risk is not predictable, since it is ‚Äúnew‚Äù risk. This uncertainty breeds what Giddens describes as a culture of accusation and coverup.

‚ÄúIn these circumstances, there is a new moral climate of politics, marked by a push and pull between accusations of scaremongering on the one hand, and of coverups on the other. If anyone – government official, scientific expert or researcher – takes a given risk seriously, he or she must proclaim it. It must be widely publicised because people must be persuaded that the risk is real – a fuss must be made about it. Yet if a fuss is indeed created and the risk turns out to be minimal, those involved will be accused of scaremongering.‚Äù

This erodes the confidence with which society treats the opinions of scientific and technological experts, as well as undermining political discourse.

‚ÄúWhenever someone decides what to eat, what to have for breakfast, whether to drink decaffeinated or ordinary coffee, that person takes a decision in the context of conflicting and changeable scientific and technological information.‚Äù

Our age is not more risky or dangerous than previous ages, rather the problem is that we are simultaneously facing a number of new manufactured risks and so our politics and social concerns are becoming more risk-oriented. Risk is embedded deep within the pysche of modern capitalism, but due to changes in our context, is looking for coping strategies to deal with the new, manufactureed risks.

‚ÄúAn era such as ours will inevitably breed religious revivalism and diverse New Age philosophies, which turn against a scientific outlook. Some ecological thinkers have become hostile to science, and even to rational though more generally, because of ecological risks. This isn‚Äôt an attitude that makes mush sense. We wouldn‚Äôt even know about these risks without scientific analysis. However, our relationship to science, for reasons already given, won‚Äôt and can‚Äôt be the same as in previous times.‚Äù

Our political and economic theories must be robust and courageous enough to name and face the manufactured risks in play throughout and as a result of globalisation.

Leaving Gidden‚Äôs writing, it is clear that this discussion of risk has important theological and ethical implications. There is an intersection here with our doctrines of providence, eschatology and mission. I wonder what impact on our theology of culture it would have if, instead of talking about secular society and the secularisation of society, we opted to talk about the risk society and the risk management and risk-weariness of society? 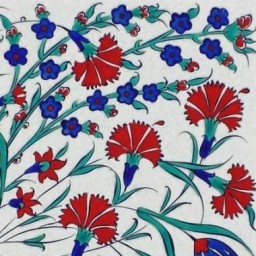 I think that awareness of possibilities is very important. Perhaps in older or more traditional societies, possibilities were seen as minimal or non-existent. It’s interesting that the notion of risk came about at the time of the rise in value of the individual and an individual’s freedom.

On a non-material level, I think there is great risk in maintaining honesty in relationships. I think we make choices as to how honest and self-giving we’re going to be based on “hazards that are actively assessed in relation to future possibilities”. This just adds intensity to my idea that God took such a (for us) unimanginable risk in simply creating humanity.

Appreciate you sharing your thoughts on the blog. I rarely comment, but I read daily.