The term globalisation has only recently developed. ‚Äú…even in the late 1908s the term was hardly used, either in academic literature of in everyday language.‚Äù But now, both the word and debates concerning its significance and ethics are widespread and pervasive. Giddens follows from the demarcation between globalisation ‚Äúradicals‚Äù and ‚Äúskeptics‚Äù (Held et. al.). The […]

The term globalisation has only recently developed. ‚Äú…even in the late 1908s the term was hardly used, either in academic literature of in everyday language.‚Äù But now, both the word and debates concerning its significance and ethics are widespread and pervasive.

Giddens follows from the demarcation between globalisation ‚Äúradicals‚Äù and ‚Äúskeptics‚Äù (Held et. al.). The globalisation skeptics, mostly from the far left of the political spectrum, question the extent to which globalisation marks a new era in human experience and commerce. By contrast, the radicals propose that in globalisation we see a change to global commerce that is not just a question of scale, but is also substantially different to any other point in human history.

‚ÄúWell, who is right in this debate? I think it is the radicals. The level of world trade today is much higher than it ever was before, and involved a much wider range of goods and services. But the biggest difference is the level of finance and capital flows. Geared as it is to electronic money – money that exists only as digits in computers – the current world economy has no parallels in earlier times.‚Äù

Global trade is not new, but its scale and its connection to information technology is. This technology is not just driving the faster exchange of currency, but also the faster exchange of ideas and culture. Globalisation is not just about economics, it is also ‚Äú…political, technological and cultural. This is fueling changes on a personal level, even in terms of patterns of family life. Giddens sees the changing role of women as tied to these processes of change.

Globalisation is often portrayed as the imposition of culture and economic policy on smaller countries, but this is only part of the story. Globalisation is also about the push upwards for greater local autonomy.

‚ÄúGlobalisation is the reason for the revival of local cultural identities in different parts of the world. If one asks, for example, why the Scots want more independence in the UK, or why there is a strong separatist movement in Quebec, the answer is not to be found only in their cultural history. Local nationalisms spring up as a response to globalising tendencies, as the hold of older nation-states weakens.‚Äù

This is glocalisation – the global-local dynamic. globalisation is not just a top-down thing, it is also a bottom-up phenomenon and an emergent or lateral phenomenon. The world is simultaneously becoming more global and more local, more homogenised and more divergent, more progressive and more traditional.
Moreover, globalisation creates space for sub-regions, or global cities to interact directly in the global economic and cultural markets. People talk about the emerging role of India in Informtaion Technology and outsourcing, but really they are talking about Bangalore, Gurgaon, Noida , Hyderabad and Mumbai‚Äôs growing role in that field.

As a historical footnote, Giddens points out the way we see these processes at work in the collapse of the former Soviet Union and its Eastern European allies. Put simply, Soviet economics could not keep pace with the new global economy and Soviet politics could no longer silence the progressively easier to import western media.

Not that globalisation is without moral and ethical problems. Giddens specifically highlights five areas for concern; economic inequality, cultural hegemony, ecological concerns, conflict and a crisis of confidence in our social institutions.

I agree fully with Giddens that whilst globalisation‚Äôs track record on economic inequality and cultural hegemony is mixed, it represents the only viable way forward in tackling these problems. Gidden‚Äôs highlights the trend of ‚Äúreverse-colonisation‚Äù and it is something critics of globalisation rarely address (along with rarely addressing any way to deal with global poverty beyond handouts).

From my point of view, it‚Äôs easy to point the finger at the McDonaldisation (or Starbuckastion) of the world, but what seldom gets mentioned is the speed with which non-western cultural trends can now influence opinion-leaders and creatives in the western world. Besides, McAloo burgers and McPepperSteak burgers hardly fit the mono-cultural model that most McCritics want to push.

Although Giddens does not, at this stage, expand on globalisation‚Äôs potential for fueling conflict, what he does say speaks to our post-9/11 reality.

‚ÄúThe war in Kosovo didn‚Äôt pit nation against nation. It was a conflict between old-style territorial nationalism and a new, ethically driven interventionism.‚Äù

We are, today, living with both the consequences of this and also the failure to really understand its implications for international relations.

Finally, Giddens highlights the way that many of our social institutions are not doing the work we require of them as we face the challenges of globalisation.

‚ÄúEverywhere we look, we see institutions that appear the same as they used to be from the outside, and carry the same names, but inside have become quite different. We continue to talk of the nation, the family, work tradition, nature, as if they were all the same as in the past. they are not. The outer shell remains,, but inside they have changed – and this is happening not only in the US, Britain, or France, but almost everywhere. They are what I call ‚Äúshell institutions.‚Äù They are institutions that have become inadequate to the task they are called upon to perform.‚Äù

When I first read these words, it was clear that the church belonged to this list of inadequate, or shell institutions (or what Bauman in Liquid Modernity calls ‚ÄúZombie Words‚Äù). The awareness of this situation breeds no small amount of anxiety. It is little wonder that the power of resentment is such a potent force driving people back to traditionalism and fundamentalism. If we are to avoid feeling powerless and thus retreating into simplistic and populist formulas, we need the courage to rethink, reinvent or simply replace our institutions. We need to do this, not because it is is fashionable, or entertaining, but because globalisation is changing every aspect of our cultural context.

‚Äú… globalisation is not incidental to our lives today. It is a shift in our very life circumstances. It is the way we now live.‚Äù 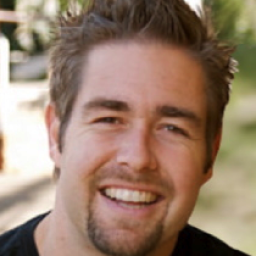 The implications are absolutely enormous as you have mentioned. However, I find that many in the Christian faith community are absolutely unprepared to begin thinking through the ramifications of these changes and how the concrete institutional realities that exist in their minds will soon be revealed as mere shell institutions. The voices that are leading the next generations of Christ followers have to capture their imagination and fuel new ways of thinking about how the gospel of the kingdom is to be lived incarnationally in a globalised world. Otherwise I fear that Christ to them will become just another Zombie word.

Billy, thanks for the comment. I agree completely with your assesment of the situation and whilst I’m a little bit more optimisitc how many within the Christian community are prepared to address this issue, it still represents a minority.