In the wake of Barak Obama’s historic and comprehensive victory last week, there has been no small amount of rhetorical bloodletting, much of it aimed at conservatism’s apparent demise as a political force in the USA. Whilst it is certainly true that the Republicans are now critically wounded, rudderless and without clear leadership (home only […]

In the wake of Barak Obama’s historic and comprehensive victory last week, there has been no small amount of rhetorical bloodletting, much of it aimed at conservatism’s apparent demise as a political force in the USA. Whilst it is certainly true that the Republicans are now critically wounded, rudderless and without clear leadership (home only to mixed metaphors and exaggerated commentary), it seems premature to write off either the party, or the ideas that have historically animated it. Perhaps it is not surprising to read many commentators using this moment to urge all factions of the conservative movement to rethink their approach, ideals and public voice.

Dick Armey, writing in the WSJ blames the electoral defeat on “compassionate conservatism,” which he sees as a departure from the historic values of the Republican party. It’s probably fair to say that a conservative party that can’t point to a strong record in economic and fiscal management will have little popular support, whatever the climate. However, Armey’s own ideology might be blinding him to what happened in this election.

“Republicans lost control of Congress in 2006 because voters no longer saw Republicans as the party of limited government. They have since rejected virtually every opportunity to recapture this identity. But their failure to do so must not be misconstrued as a rejection of principles of individual liberty by the American people. The evidence suggests we are still a nation of pocketbook conservatives most happy when government has enough respect to leave us alone and to mind its own business. The worrisome question is whether either political party understands this.”

I suspect there is a case to be made that the lack of government (Katrina, healthcare, immigration, education, infrastructure, financial regulation) was a major factor in this election. An ideologue will stick to the argument that small government is the answer, whatever the question is. A realist might want to reframe the question as “what is the right kind of government for our society at this time?”

Republicans like to call themselves the party of ideas, but this time they lost because they weren’t the party of reality.

Thanks go to Rudy at Urban Onramps for pointing me in the direction of P.J. O’Rourke’s piece, “We Blew It,” in the Weekly Standard. I don’t usually read the Weekly Standard for the same reason I don’t read a lot of sci-fi – it’s not that I dislike fiction per se, I just dislike the alternate reality where much of this kind of fiction is set. Neo-conservatism is not only beamed to us from a fantasy universe, but it’s a fantasy universe I would never choose to live in, even if I could.

That said, P.J., has long been one of my favourite American conservative commentators and he has a clear and cutting explanation for why the Republican party failed, not just in this election, but is really making a difference with the wealth of legislative and political opportunities they have had over the last 28 years. Consider some quotes,

“Anyway, a low tax rate is not–never mind the rhetoric of every conservative politician–a bedrock principle of conservatism. The principle is fiscal responsibility.”

“Our attitude toward immigration has been repulsive. Are we not pro-life? Are not immigrants alive? Unfortunately, no, a lot of them aren’t after attempting to cross our borders. Conservative immigration policies are as stupid as conservative attitudes are gross.”

“Is there a moral dimension to foreign policy in our political philosophy? Or do we just exist to help the world’s rich people make and keep their money? (And a fine job we’ve been doing of that lately.”

O’Rouke is right that American conservatism has not just lots its way electorally, but also and more crucially, it has lost its way morally and economically. The idea of conservatism has decayed and the evidence of that extends beyond the narrowness of focus, in terms of policy and debate, out to the way the conservative rhetoric has become ever more inarticulate and intellectually vapid.

Of course, Sarah Palin has become a lighting rod for such arguments. It’s case well made by Mark Lilla in The Perils of ‘Populist Chic’ WSJ

“John McCain’s choice was not a fluke, or a senior moment, or an act of desperation. It was the result of a long campaign by influential conservative intellectuals to find a young, populist leader to whom they might hitch their wagons in the future.

And not just any intellectuals. It was the editors of National Review and the Weekly Standard, magazines that present themselves as heirs to the sophisticated conservatism of William F. Buckley and the bookish seriousness of the New York neoconservatives. After the campaign for Sarah Palin, those intellectual traditions may now be pronounced officially dead.

What a strange turn of events. For the past 40 years American conservatism has been politically ascendant, in no small part because it was also intellectually ascendant. “

I can’t help but wonder if there is a parallel here to what Callum Brown noted with the decay of Christianity in the UK; how from one generation to another Christians became less articulate about their theology and in turn, less sure of why they should bother to go to church. Has conservative punditry and it’s talking points approach produced an inarticulate constituency? We will seldom convince anyone if our arguments are weak, obvious and mostly shouted and when we can’t engage people in discussions about our beliefs how long is it before the certainty of those beliefs starts to erode?

That this anti-intellectualism and coarsening of debate has been fed by power-oriented elites is not surprising – not to me at least because I’ve seen in before in church circles. In fact, my deep disquiet with the idea and practice of populism didn’t come from studying 20th century European politics as much as watching church politics up close.

Rudy also deserves another hat-tip for drawing my attention to three pieces on the way Conservative have alienated the Latino Evangelical vote. This is a fascinating dynamic (see it also in the P.J. O’Rouke quotes above) that speaks not only to the future of politics in the US, but the future of the church in the Americas as a whole. I’m currently drawing up my reading lists for 2009 and I hope to read more about trends in the Latin American church as a whole. Suggestions greatly welcomed!

The final word goes to Andrew Sullivan, from his post Fundamentalism And Palin. Part of me hates to admit it, but the best bet is for the Republicans to listen less to evangelicals. Or, to put it another way, to listen less to evangelical rhetoric and ideology and pay more attention to reality. In fact, the motto for the next decade should be reality-based initiatives (anyone for reality-based faith?). Whilst I’m not a conservative (and probably not an evangelical either), I still resonant with some aspects of “historic” conservatism – at least in terms of fiscal responsibility and commercial opportunity. I also still resonant with some aspects of “historic” evangelicalism, especially the place for an educated, Biblically oriented and public life of faith. Sadly, I find very little of either in the contemporary religious right and the soon to end presidential administration.

“The first chapter of my book on how conservatism destroyed itself in America is called “The Fundamentalist Psyche.” I don’t think you can understand what happened under Bush and what Palin represents unless you grapple with the mindset that can deny empirical truth in favor of Divine Truth. The resistance to debate, the inability to see your own faults and errors, your final surrender to the will of the Almighty as a way to cope with the massive errors involved in your own management of the material world: this is Bush’s world and Palin’s world. Their magical thinking, combined with the mainstream media’s defensive crouch, made a great deal possible. And Cheney took advantage.

It can work for a while. But real conservatives know that dogma can never work in managing a fallen world. In the end, it collapses. And Obama walked confidently over the wreckage. Until conservatives understand this, there will be no recovery.” 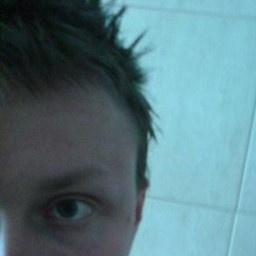 Interesting take, especially the bit about realism. Maybe it’s time for US conservatism to recast itself?