It’s now more than a month since I left Hong Kong and the process of adjusting to life in Singapore has begun. People in the local stores are starting to greet me with a smile of recognition and I’m getting to know the neighbours. It’s not hard to imagine this place soon feeling like home. […]

It’s now more than a month since I left Hong Kong and the process of adjusting to life in Singapore has begun. People in the local stores are starting to greet me with a smile of recognition and I’m getting to know the neighbours. It’s not hard to imagine this place soon feeling like home. There’s plenty here that reminds of what I liked about living in Sydney and also Delhi.

Of course, there’s a lot I miss about Hong Kong. After five years I was accustomed to the way things are done in the “fragrant harbour.” Last night my daughter said that she still feels like a tourist here. Part of being a tourist is experiencing different approaches to everyday tasks and routines. That’s the thrill of travel and, of course, the thing that makes us happy to head home at the end of a trip.

But, right now, home is the place that makes me feel like a tourist.

For example, here in Singapore they seem to have two systems for paid parking. One involves an electronic value-added card that automatically deducts the fee when you leave the parking station (pretty cool, actually). The other, involves buying coupons from a convenienvce store (7-11) and then displaying them on your dashboard. After parking yesterday I couldn’t figure out the second system, I asked the manager (of a highly recomended) cafe, who gave me a quick, dismissive and incomplete explanation, then I ran off to 7-11 to buy some coupons.

It turns out that I didn’t quite get it right. We parked for a bit over an hour and I had only displayed enough coupons for 30 minutes of parking. So, we were fined. Live and learn. When I spoke to the parking officer, he was extremely helpful and took a fair bit of time to explain the system properly and show me what I should have done. In a way, the conversation we had was (almost) worth the (modest) fine.

That story is representative of the last two weeks. Like any city, Singapore has its quirks. For the most part, people have been extremely helpful and patient in explaining how to work the system. But, there have been a small number who have been, well, less than helpful.

And, this raises a challenging question, because I’m tempted to jump to conclusions about what the “less-than-helpful” behaviour implies – arrogance, smugness, bureaucratic defensivenes, etc. The truth is, I just don’t know enough about the culture to make those kinds of calls.

I had similalry disorienting experiences in my first months in both Delhi and Hong Kong (both times my early conclusions were somewhere between incomplete and totally wrong). In fact, some of the biggest relocation shocks were when I moved from Sydney to London, where getting basic and utilities sorted (not to mention really “weird” stuff, like TV Licenses) proved to be expensive and time-consuming. I soon learned that Australia was far more different, culturally, academically and commercially to the UK that I had imagined.

A friend in Hong Kong, upon hearing that I was moving here warned me that I would be frustrated with how slow things moved in this town. He compared Singapore to, well, I won’t name the island state he mentioned, but it is one that is known for being a tropical paradise with a very, very laid back lifestyle. I wasn’t convinced of the analogy when I first heard and I’m still not totally convinced today.

But, my experience of setting up a company here has been frustrating and slow. Things haven’t gone smoothly and, compared to Hong Kong, it doesn’t seem as simple and straitforward to start a small business (as a foreigner). Then again, when I set up my company in Hong Kong I had an accountant who was recommended by a friend that had a video production company. That accountant understood the business I was trying to set up and had a feel for what I needed.

That brings to mind an exchange I had with a friend while playing golf in Delhi. We were walking down the 13th fairway of the DLF Golf and Country club and I was sharing a story about trying to buy power tools from a small store near Ghitorni. It was a typical ex-pat tale, after spending an age making my request understood and telling them about all the products I wanted to buy, I was told the store had long since stopped selling the brand they were still advertising in their front window.

Just as I was getting to the climax of the story, I started a sentence by saying, “you would think…” A friend interrupted me and said, “that was your problem – you thought and then you went in assuming they would think the same way you did.”

I still don’t know what my taxi driver was thinking last week when I caught a cab to Holland Village. When we got there, the cab driver informed me he couldn’t make change of twenty dollars for the eleven dollar and eighty five cent fare. As you can imagine, I was fairly insistent that he had a responsibility to do so. He feebly coughed up two dollars and stood his ground. I got out, photographed his cab and reported him to his company.

What went through the taxi driver’s mind? Was he really trying to rip off an “Ang Moh,” or had he simply let his change run too low and taken a booking when he should have been sorting his till? The taxi company responded in a way that seemed glacially cold and slow. But, they did take my complaint seriously and responded accordingly.

Maybe that’s the way things are here in Singapore? Maybe it was just a bad week? I don’t know yet. Until I have more experiences, it makes sense to write down and reflect, but not yet judge. I’ve a long way to go before I get how this city ticks. What I do know is that it is a very, very different place to Hong Kong. 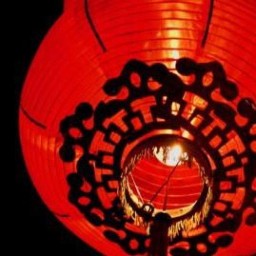 I found your blog via your Twitter profile. Thank you for the good post – very interesting to read.

It is going to be very interesting too to follow your adventures and experiences in Singapore. I am absolutely in love with Singapore but I realise that I’m probably viewing the island state through rose-tinted glasses… Travelling through a place is obviously very different from actually living in a place and the latter will naturally expose one to all sorts of politics and problems.

I shall be reading your blog to see what your thoughts are in future. Hopefully I can learn something about the country from your experiences. Look forward to more 🙂

Peckish Laowai – thanks. Singapore is an amazing country. Like anywhere though, living here is bound to be different to travelling here for work or play. Still, I’m thrilled by the opportunity.

Ever read expat@large’s blog? An Aussie long time Singapore resident. I’d say about 25% of his blog is his continual hassles with Singapore taxi drivers …

Spike – I’ll check out that blog – never seen it before. Caught quite a few cabs in my days here and only really had one problem.

I suspect many of the difficulties will be caused, as you suggest, by assuming and thinking that people will “know how it should be done”. It’s very difficult as a stranger in a strange place to not wish to orient ourselves on our internal ‘landmarks’, rather than discover and reference those used by the locals. Especially if there is no obvious way to find out what they are.

I think your example of the TV license is excellent. It seems a uniquely British device, yet so logical it’s hard to believe that every other country doesn’t require one too.