Plans For The End Of The World

More than just a resolution it’s time to make radical plans for the coming year.

2010 was a great year for me, loaded with fulfilment, adventure and a surprising degree of success. By contrast, 2011 has been a grind. It hasn’t been a bad year; though at times life and work have been hard to manage. Of course, that’s partly self-inflicted; changing country while taking on a lot of work and travel is not a recipe for the quiet, easy life!

Lately I’ve been compelled to think that something needs to change. I’m hounded by the thought that my focus is off, that I’m not doing my best, that I’m moving through life somewhat inelegantly.

Partly this is fuelled by a feeling of being spread too thin. It’s not the musician/photographer/writer thing – that fits like a glove. No, it’s something else, something to do with the whole marketing/social media/networking thing that has been wearing me down for some time.

I don’t want to sound ungrateful, because we do live in a wonderful age of open information. When I finished school, my dream was to set up as a guitar builder, while continuing to work in music. But, finding information about how to do that and turn it into a viable business was pretty much impossible.

Around the same time one of my best friends was interested in becoming a photographer. When his application for a photography course at a local technical college was rejected, he dropped his dream, believing that without such a qualification he would never be able to “get into the business.”

However, there are now so many books and websites that one can turn to for information, both technical and commercial, on starting and running a creative business that’s it’s almost overwhelming.

Or, maybe it is overwhelming. I certainly feel overwhelmed.

A substantial slice of my input over the past few years, in terms of books, blogs and the like has been what we could call “industry advice.” Everything from running a small business, branding, social media, marketing, gaining influence and establishing one’s place in the creative world. At the same time, I’ve made my way to lots of events, conferences, workshops and networking sessions. I’ve met many amazing people, learnt a lot and managed to put some good ideas into practice. But, keeping up with all that takes time – a lot of time.

And, right now, I’m not sure it’s paying off. At least, not for me. I’ve spent a lot of this year chasing work, cutting my rates, trying to impress and generally feeling like the creative’s equivalent of the budget cuts abandoned in the corner of a butcher’s store.

For 2012, I want to recalibrate, change direction and do things differently. It’s not time for a small adjustment, it’s time for a dramatic move.

So, I’m closing my doors.

No new projects, no new clients, no sales pitches, no networking, no marketing, no branding, no seeking influence, no driving online traffic, no conferences, no workshops, no more business/industry/creativity books or blogs and no new online or social media services/platforms/add-ons.

This isn’t a holiday. I want to work and don’t need any more breaks than the ones that come naturally during the year.

This isn’t a sabbatical. The last thing the world needs is for me to put up my feet, consume too many tropical drinks and pontificate all year about creativity – I already do too much of that anyway!

This isn’t a way of going out of business either. I’m going to keep working on my existing commitments and projects. My goal isn’t to avoid business – rather I want a business that’s deeply aligned to my beliefs and identity.

This is the end of four months of really intense soul searching – asking myself what I really want to do with my skills, how I want to work, who I want to work with and what, if anything, will be my “legacy.” Right now a lot of what I’m doing simply doesn’t meet the standards I expect from myself.

The final inspiration for this move came in Mexico City at the start of my recent trip, while watching some Vimeo short films. I stumbled upon this documentary, for New York boutique knife workshop, Cut Brooklyn,

This video crystallised for me something I’ve been struggling with for some time, about craft and community. I loved the patient sense of working, day in and day out on a tangible product. I loved the acknowledgement that developing this craft was hard, took a long time and didn’t come easily. Most of all I loved the distraction free focus that was required to shape and make each blade.

I thought hard, on the long bus ride the next day, about the times when I’ve been most productive and how I’m actually now in place where I have so much of the stuff I dreamed of owning 5-10 years ago and the kind of space I coveted when I lived in Hong Kong. I was reminded of those dreams over and over again in Oaxaca, while visiting art galleries, local designer clothing stores and talking to artisans and craft makers in the markets.

I miss the feeling of quiet focus that I had in my academic days in London – of course those back then only a few people blogged and mobile phones were still just phones. Odd as it may seem, I miss days and even weeks when I couldn’t go online in India. Frustrating as it was at times, it was earthy and productive to be offline so regularly. And, perhaps most surprising of all, I miss the anonymity of my early years in Hong Kong – when I spent so much time honing my craft in digital music and, later, getting into photography.

That’s really the whole point of closing the doors – more music, more images, more words. I’m not rejecting work, I’m embracing it in a very focussed, passionate and deliberate fashion. In fact, you probably will see more output on this blog in 2012, even as you see less of me in other parts of the internet.

I’m not sure how people around me (and professional colleagues) will respond to this move. My feeling is that some will think it’s crazy. In a way it is. But, I’m sick of treading water in the creative world. And, I think a lot of my friends and colleagues are doing the same – treading water. We are all investing so much time in the social media and marketing circus that it’s becoming an end in itself.

My feeling is that behind the closed doors I’ll be plenty busy in 2012 and my days will still be quite full. 2012 won’t not be the triumphant roller-coaster that 2010 was but it also won’t be the grind that 2011 was either. And, that’s ultimately the whole idea – keep what works, reject what doesn’t and try in whatever way we can to grow, flourish and inspire those around us. 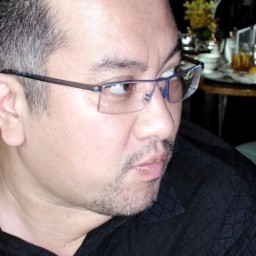 Love it Fernando – while I can’t say I know exactly what youre going through, I completely empathise with where your head seems to be. I think it’s a wise thing you’re doing – I often think that I’d be a whole lot better off on a desert island somewhere, focussed on what I love, but then I instantly start thinking about missing out on things, not having everything at my disposal, being behind the ‘latest’ new thing….I wholeheartedly applaud you for putting your foot down and taking the step that lots of us would like to, but for one reason or another seem incapacitated to. Let us know how it goes!

Dwayne – coming from you that means a lot – thank you. One of the hardest things for me, about this plan is accepting that I will fall behind in some ways. I will miss out on cool new social media platforms, I’ll also probably miss out on being the first to use new bits of kit, or software plugins. And, all the cool kids will stop following me on Twitter.

There’s only so much of one to go round.

This is interesting, because I’m refocussing in 2012 too – stopping the part time job (which had invaded and eroded the rest of my life) to go all out on building up my core immuno-assay business.

Is 2012 going to be a year of fruitfulness and change for us? I hope so. 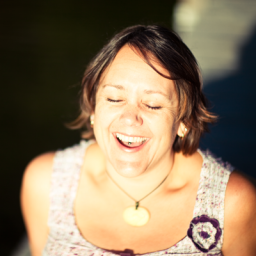 I very often think about how much of our (my) attention is scattered because of being online too much.

I grew up in a tiny place and loved outdoors most of my life. Even now, probably even more so now, I find myself returning to the quiet of the country or the comfort of the sea when I need a break.

I think with so much information available to us, all the time, it is easy to overlook and forget about our own wisdom. With so many other voices clamouring to be heard, we very often forget to listen to ourselves. Surely we know ourselves, and what we need, best. 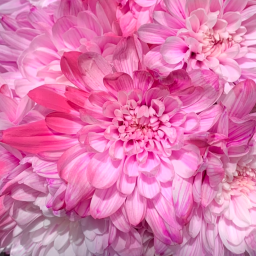 I like the way you think. It’s exactly the way I have been feeling. Spread too thin and too distracted with social media. It’s an addition for me and I only realize it at places when I get no connection and it dawns on me that finally I can focus and get more done.