On Being An Ex-Pat III: Mobility

“So, when are you leaving?” A constant part of all ex-pat relationships is the knowledge that they are fluid, transitional and destined to end, sooner rather than later. A recent New York Times article reflected on the effect of constant relocation on family life. It looked at a family who were typical of a mobile […]

“So, when are you leaving?” A constant part of all ex-pat relationships is the knowledge that they are fluid, transitional and destined to end, sooner rather than later. A recent New York Times article reflected on the effect of constant relocation on family life. It looked at a family who were typical of a mobile (and affluent) class that move regularly as part of a career-path. This family,

“…belong to a growing segment of the upper middle class, executive gypsies. The shock troops of companies that continually expand across the country and abroad, they move every few years, from St. Louis to Seattle to Singapore, one satellite suburb to another, hopscotching across islands far from the working class and the urban poor.”

Of course, not all ex-pats are corporates, or wealthy and in India avoiding poverty is not physically possible (though some still try to block it from their minds). However, the notion of being wealthy gypsies still prevails. With that comes a totally open view of the future. Where will be in 5 years? Who knows? Where will our children finish school? Who Knows? Where will this road take us? Who knows?

On the surface this can appear a deeply rootless existence and for some it is. The traditional notions of being spiritually grounded often require being linked to a place for an extended period of time. Certainly, when I read Wendell Berry or Eugene Peterson, this is the case. However, I have pondered for some time now the notion of being grounded yet mobile.

Sure it might sound paradoxical (I was picked up for a similar potential non-sequiter on neurotribe after alluding to mobile wells), but to me it is possible to have a sense of being connected spiritually, yet being mobile. On a material level, some ex-pats acheive this by retaining a home, or bolthole they can escape to; a place that for them functions not just as a holiday destination, but also an identity marker. For others, this sense of connection comes through welcoming a steady stream of visitors. The third option is to have some fixed future to work towards (usually some idyllic retirement destination). Finally, some retreat into a parochial sense of national identity. Rather than negotiate difference they simply retreat into the company of those who share their cultural background, often being more explicity jingoistic than they might have been in their home country.

For me the way is a little more radical (with neither of the first two options currently available, the third feeling too intangible and the fourth repugnant). I think that one needs to cultivate a way of looking at the world that sees its interconections and continuities and above all is attentive to God’s work in the world. This only truly portable spirituality that can anchor you without a sense of locale. This is to some extent facilitated by being electronically connected but to a large extent it comes first from seeing oneself as belonging to the global in a deep sense.

Those who cope best with grounding themselves within the mobility of ex-pat tend to view every meeting as a possible source of friendship. That doesn’t mean an absence of long-term friendships, rather it means leaving the door to new friendships perpetually open. This openess is on the one hand emotionally demanding, but on the other creatively rewarding.

Finally one can overcome the tyranny of mobility by having a vocation (or calling) that transcends place. In some ways this is the motherload that makes the other two possibilities tangible in more direct fashion. If one does not need to be in a specific place to fulfill one’s calling, one os more abe to be any place, open to the new relationships that other place affords and able to see grace at work in that place.

Of course these notions of vocation that transcends place, open-ended relationality and discrete mobile spirituality are challenges not only to the christendom model of church, but also to the dominant ideas of family life through much of the 20thC (get a job for life, find a spouse, settle down, etc). 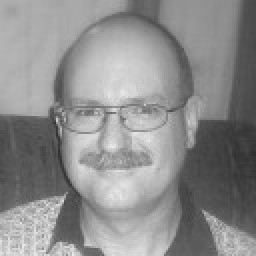 Very interesting insight into a pardigm I am unfamiliar with. Your line, “one needs to cultivate a way of looking at the world that sees its interconections and continuities and above all is attentive to God‚Äôs work in the world,” is a good theological statement as well as a maxim for spiritually anchoring ex-pats.