Speculating about potential Apple products is always a hazardous affair. Apple are known for being innovative, secretive and unpredictable. But, I’ve got a hunch (and it’s no more than that) that we will see some significant changes to the top end of the desktop range and, possibly, the end of the Mac Pro. Ever since […] Speculating about potential Apple products is always a hazardous affair. Apple are known for being innovative, secretive and unpredictable. But, I’ve got a hunch (and it’s no more than that) that we will see some significant changes to the top end of the desktop range and, possibly, the end of the Mac Pro.

Ever since the advent of intel-based Macs, pro application users have been frustrated by the fitful development cycle of the Mac Pro. Evolution has been slow in that category, compared to developments in the iMac, MacBook and iOS ranges.

Part of the appeal of the Mac Pro has been its superior processing power and memory capability. When I bought my current Mac Pro in early 2008, there was a wide gulf between the Mac Pro’s performance specifications and those of the best iMacs. But today, when iMacs can be configured with very fast four core processors and are able to run up to 16GB of RAM, the gap has narrowed considerably. Moreover, Solid State harddrives have changed our perception of how a computer can perform – my current MacBook Pro opens applications much faster than my Mac Pro and even runs some programmes faster as well.

Another feature of the Mac Pro has been its extensibility – Mac Pros stood out with their potential to run PCI expansion cards, two optical disc players and four internal hardrives. This allowed power users to run internal RAID setups, burn and read DVDs at the same time, or use expansion cards for fast and powerful external storage, high-end audio/video input and output or greater processing power with low latency.

However, the new Thunderbolt technology, which Apple seems to be putting at the heart of its current marketing could change that. We are already seeing Game-changing external RAID units coming onto the market (like the Pegasus RAID Storage with Thunderbolt) and also external PCI houses (like the Magma ExpressBox 3T). And top of the range Audio interface maker Apogee has committed to bringing Thunderbolt into it’s product range soon.

Moreover, there’s a trend in Apple’s product development to allow multiple devices to work on the same files and databases over a network. We see this the iOS apps for working on iLife or iWork files. Though, I admit, Apple has yet to release a Logic or Final Cut controller for iOS in the way they have with Remote for controlling iTunes.

But, plenty of other software developers, like Spectrasonics and Native Instruments are developing great iOS controllers for their OSX software. Plus, Apple already have the core work done for sharing processing with external devices and computers written into Logic Pro, in the form of the Logic Node distributed processing application.

All of this may render the Mac Pro kind of obsolete – as long as Thunderbolt delivers on its promise and whatever new machine Apple delivers can run the latest chips with at least 64GB of RAM.

My hunch is that Apple could deliver that in something not unlike the much maligned Cube. After all, the current Mac Mini Server, hardly a sexy machine, still has a quad-core processor and space for two internal drives. Given today’s technology, the falling prices of Solid State drives and the emergence of Thunderbolt it is not hard to imagine a cube-like Mac with enough power to run serious video and audio applications.

And, when that happens, the Mac Pro as we know it, will be consigned to history.

I thought the Cube was damn cool, but I confess, I don’t see Applpe bringing it back. To do so would seem like an admission that without Steve they can’t think up anything cool.

With regard to the Pro, I think it will live on for two reasons: it runs XEON chips, which are way ore capable than even i7s; it has room for massive hard drive storage on separate drives, which is really nice. My hope is that Apple refines the Pro by making it less bluky but does something radical for its performance. Oh, one other reason the Pro is so pro: connectivity (USB up the wazoo, Firewire 400 and 800, etc.).

Jeff – for power and stability reasons I can imagine keeping the mac pro – & hope they do. But, for the expansion stuff, well I imagine that will rely more and more on thunderbolt. 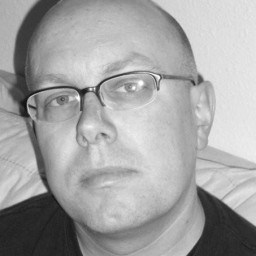 Where are the hardware mfg’ers at re: Thunderbolt? Is there an impending jump from Firewire 400/800 to Thunderbolt for M-Audio, Focusrite, RME, etc.? Unless they do Apple can crow about Thunderbolt all they want.

Hey Steven, Apogee have stuck their neck out and committed to Thunderbolt. I think the game change would be interfaces like the Symphony, not having to use a PCI card. Same goes for Universal Audio.