Is there anything more depressing than getting sick in the middle of a vacation? Probably, I suppose, when one tallies up the full breadth of potential human misery it may not rank all that highly. Still, there is a special kind of disappointment when one looks forward to a holiday for months and months, only […]

Is there anything more depressing than getting sick in the middle of a vacation? Probably, I suppose, when one tallies up the full breadth of potential human misery it may not rank all that highly. Still, there is a special kind of disappointment when one looks forward to a holiday for months and months, only to be struck down with a nasty cold in the middle of the break.

Maybe it was bad planning, having left my best winter clothes in Hong Kong storage, or maybe it was the record breaking chilly winter here in Adelaide, or perhaps just bad luck. Whatever the reason, I came down hard with a virulent cold – the whole deal – shivers, blocked nose, snarling cough, soreness and trouble sleeping.

OK, I was also getting far too little slumber, what with all those world cup matches to see. However, I flatly and resolutely refuse to accept that played any role in my demise.

Accepting some small level of personal guilt in being rundown probably extends beyond packing, clothing and getting a good night’s sleep. It’s been a wild start to the year, with long working days stretching into very late nights. As I struggled to awake on those cold mornings I also had to acknowledge that, in a very deep way, I really needed this break.

Apart from sleeping and watching football, I’ve also been doing a lot of cooking, a decent amount of writing and a serious amount of photography. In fact, I’ve been taking around sixty photos a day, which doesn’t sound like much in this digital age. However, I’m taking a lot more time over each photo now (including iPhone images, like the ones in the gallery above). I’m also starting to think about how this collection of photos I’ve taken in Adelaide, over the past few years, might come together.

In fact, as I look back on this sojourn, I find the best moments have been the ones where expectations on what will be achieved in the day are low, items on the agenda few and multitasking is nowhere to be seen. Solace, where I’ve found it, has been in taking things one at a time. Maybe, it’s because I’m resigned to the fact that I probably won’t shake this cold until after I return to Hong Kong 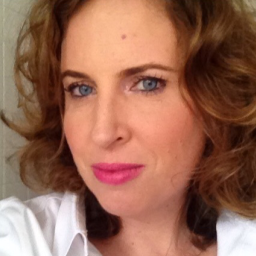 Sorry to hear you were ill – but, wow prolific with the photography, it looks great. Often as soon as we relax and let go, those little buggies have hay-day. Get well & take more beautiful pictures!

Katherine – you are probably right. Some good photos is something I did take from the trip