Lost Amongst The Nomads

Tso Moriri is an stunning high altitude lake (4,595 m or 15,075 ft)) in the Himalayas, near the border between India and China (Tibet). It is an area frequented by nomadic herders and popular with trekkers keen to explore the more remote areas of Ladakh. Apparently, this was the Lumen Dei team’s third attempt to […] Tso Moriri is an stunning high altitude lake (4,595 m or 15,075 ft)) in the Himalayas, near the border between India and China (Tibet). It is an area frequented by nomadic herders and popular with trekkers keen to explore the more remote areas of Ladakh.

Apparently, this was the Lumen Dei team’s third attempt to reach Tso Moriri and everyone was bracing themselves for cold evenings and struggles with altitude sickness. We spent two nights there, one by the lake, the other higher up, near a nomadic camp in what might be one of the most outrageously picturesque valleys in the world.

I’d encourage you to take a look at some of the images Martin Sojka has put up on Flickr, especially from this stage of the trip. Martin is a really talented landscape photographer, with a craftsman’s ethic and a painter’s eye, and I look forward to seeing the photos he will make in his upcoming trip to South East Asia.

Also, please take a moment to check out the second photo David duChemin included in this blogpost. I recall sitting at the camp watching David take what I assume turned out to be this picture. As I mentioned previously, watching other photographers at work was one of the key learning experiences for me on this tour.

By this stage I was fighting pretty severe homesickness. Not for Hong Kong per se (though a nice shower and a good cup of coffee would have been welcome), but for my family. This was the longest time I had spent apart from my daughter and that was starting to weigh heavily. At first I tried not to indulge those feelings. However, even walking was proving tough at that altitude (and sleeping through the night was virtually impossible) so it was hard to control my emotions.

So, after a while, I started to embrace the ache of forlornness. Perhaps fighting back tears is not the best way to approach photography, but it started to help me create some images. In fact, most of the landscape prints I will make from this trip come from those days.

But, the image that stays with me from our time in Tso Moriri was the picture of the nomad girl I included above. A few of the kids from the nomad camp wandered over to check us out. I only took two image of this girl, after she had been photographed by others in the group and as she was about to head home. Even as I took the photo I was imagining it in Black and White (not unusual for me) and cropped square (very unusual for me). Looking back it seems a lot of elements and emotions were combining to make this image. 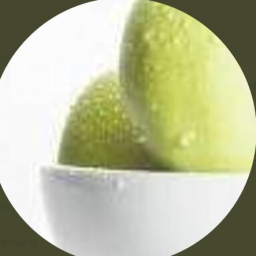 Thanks for letting us discovering those remote exotic gems.
I have hard time sometimes deciding on what place to visit (always the same touristic spots: Grand Canyon, Paris, etc). But now, thanks to you, I am discovering low key destinations that have lots of potential

So many places yet to see and so little time. Thank you for posting of your journey so that we can catch a glimpse of what is there. When you mentioned about your emotions being in the forefront because of your journey it reminded me of the times that I have been in the same situation and that those were the times that what I created had the most meaning for me.