Let’s Consider Other Models Of Leadership

The concept of leadership is talked about so often but if it is so important, in business, church, and education , then why are such a limited number of examples used?

One topic I keep reading about leadership and, in particular, how to talk about it. I consistently find it troubling how often “leaders” use a limited number of examples to explain what they do. I find it equally disheartening to hear church and business leaders drawing heavily from sports, when again those metaphors don’t apply too well to mixed ability working environments.

There is a lot more to be said about leadership than big business and sports!

As a starting point, let’s look at the recent In Business show/podcast from the BBC, crafts. Peter Day interviewed Richard Sennett on the limits of conventional business “education” and the ways that craftspeople tend to lead businesses. It’s refreshing to hear examples of the ways a business grows around a craftsperson and the difference that aesthetic approach makes to leadership.

Alternatively, we could consider MOMA curator, Paola Antonelli and her TEDTalk on design. Again, we see a completely different concept of leadership because the work, the space, the reason for collaboration is different.

Or, we could look at Ms Glaze’s post on being elevated to the role of Chef de Parti and what it reveals about how leadership works in a top-flight kitchen,

“I’ve heard new cooks in America call themselves “chef” just after graduating from cooking school, and at one point I wrote “American Chef” under my self-description on this blog. I considered myself one because I had worked in restaurants, taught high school cooking classes, and attended cooking school (in that order strangely enough).

Oh, I was so wrong. In the French world of cuisine ‘chef’ is given with humbling respect. When I call my boss ‘chef’ in the kitchen, it’s because he’s cooked over thirty-two years and demanded perfection each day of his career. It denotes more than some one who can carry around a satchel of knives or pay for a fancy cooking school education. It means you understand food and the business of food with every muscle of your body.

That is why the grand chefs of France are so highly regarded. Because everybody in the business knows how long and hard they have worked to achieve success. The road to French chefdom is not paved with glitz and glamour but with fourteen hour work days two shifts a day, little pay, and ruthless critics tearing you down or catapulting you forward.

Another fascinating example is the recent piece on US Director of National Intelligence, Mike McConnell in The New Yorker. Here is a fascinating story of MCConnell being promoted under Colin Powell and despite having weaknesses in his skills, Powell mentoring him and giving clear guidance on how to succeed in the role.

“It was McConnell who informed Powell that Iraqi troops had massed on the border [of Kuwait]. At a speech last fall at the Woodrow Wilson International Center for Scholars, in Washington, he recalled, “I’m anticipating the question was going to be ‘How man divisions.’ He said, ‘Mike, how many manoeuvre brigades?’ I didn’t even know what a manoeuvre brigade was… So I now feel about two inches tall. I said ‘Sir, I don’t know, but I’ll find out.'” Powell was not bothered by the reply. He instructed McConnell in his rules for an intelligence agent: “Tell me what you know, then tell me what you don’t know, and only then can you tell me what you think. Always keep those three separated.”

That’s just a few examples of alternative metaphors for leadership – from crafts, from art, from restaurants and from the military. We could also look to architecture, to healthcare, law enforcement, music, education. For a richer, more humane and more compelling language of leadership, we should start by drawing from a wider range of sources and listening to a broader range of voices. 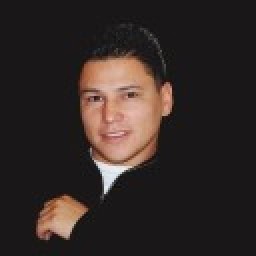 Let me see if I understand. This was a post about how we “talk about” leadership, the words and phrases we use to describe it?

Primarily, yes, it’s about the metaphors we use to talk about leadership.

However, the metaphors do shape our conversations and that plays a role in defining what we might think leadership means. If we only use one or two metaphors, it becomes very easy to fall into thinking the metaphors are comprehensive descriptions.

I wonder why business and sport are so common – is it cos we have more ex businessmen who play sports in christian leadership positions then say chef’s or craftspeople?

If it came down to what was most common, then surely we would see a lot more references to models from the caring and medical professions as well as education?

Of course, there’s a lot more to it than that – but there’s seldom less to it.