There is, in my view, no cliche more asinine and unkind than when someone replies to a criticism, of a place or culture, by saying, “…if you don’t like it, just leave.” If only life was so simple. For anyone with commitments, like a career, or a family, the option to “just leave” is not […]

There is, in my view, no cliche more asinine and unkind than when someone replies to a criticism, of a place or culture, by saying,

If only life was so simple. For anyone with commitments, like a career, or a family, the option to “just leave” is not straightforward. It takes time; to decide if moving again really is the right thing and to make a good move happen.

Relocating to a new city or country is always a risk. For most people who do so, even those with generous salaries, the costs of leaving an assignment early can be high. There’s often an added social and relational cost as well.  Moreover, there is the potential psychological cost of inviting that sort of failure into your life.

My second and third years here in Hong Kong were the loneliest I’ve ever experienced. It was during a glorious summer holiday in Europe, in the middle of 2009 that we decided, as a family, to leave Hong Kong. That it took until the middle of 2011 to actually make that happen is something that more experienced expats would instinctively understand even if it evades the reasoning of the “just leave” crowd.

When I was in India I saw quite a few expats who left, regardless of the cost. They simply couldn’t cope with the pressure and cultural difference and were willing to take the personal, financial, and career hit of leaving early.

Here in Hong Kong I’ve only rarely seen that. For us, the situation was never that desperate.  It took time because we were trying to make a good move, one that benefitted each of us in some way, positive for the long term.

Cities have to evolve and keep changing; it’s their destiny. The very nature of a city means structures and systems erode and expire faster than they do in more rural and pastoral environments. Cities have no choice but to either embrace constant evolution or die.

Back then, I cared deeply about how Hong Kong would evolve in the coming decade. It felt like this was my city and I was invested in the outcome of those developments. But now, I’m not so concerned about West Kowloon, for example  – it doesn’t appear at all on the lists of things I want to revisit as I savour my last days here.

This might seem odd, on a superficial level, to say I cared more when I was unhappy here, and now I don’t care when I’m enjoying Hong Kong and celebrating all the things I love about this place.

But, discontent and loyalty can often be deeply intertwined. As I’ve mentioned previously, there is a great section in Who’s Your City, where Richard Florida cites Albert O. Hirschman,

“In his 1970 classic Exit, Voice and Loyalty, Hirschman argued that when faced with an unsatisfactory situation we can either “exit” the situation or “voice” our discontent. The more “loyalty” we feel, the more likely we are to use the latter option.”

That’s what the “just leave” fools don’t understand. All criticisms are not equal.  Sure,  some expats never quite understand a place, or struggle to adapt. But, there are also those who take living there seriously and thus develop a real passion for how good a city could be, if only some changes were made or some problems addressed.

In fact, at the risk of getting a little bit political, I believe that kind of discontent is essential to building a good society. Confident people, organisations and countries can stomach criticism because they have the resources to respond, adapt and change, in order to improve. It’s only when we are weak, impotent and unsure of ourselves that we can’t handle or accept constructive criticism.

And, that’s the sad irony in the “just leave,” line of reasoning. It actually says to people “don’t stay and help make it better, just leave.” 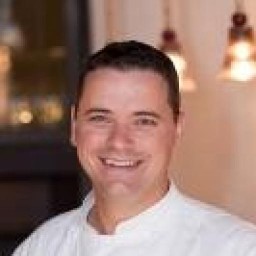 I think there is detached grousing of the kind people do when they compare HK to their home town and find HK coming up short (often in every imaginable and quite irrational way) and then there is the engaged and involved frustration of people who like HK and like you say see how it could be better. I can only compare it to how one feels about one’s own children vs those of others. with your own children you criticize in order to improve and because you care.
I must say after I read Pearl Buck I did understand a little more about the attitude to bricks and mortar and impermanence.

Gweipo – I think that’s a good analogy. It’s just a shame some folks can’t tell the difference between the two kinds of criticism.