Is the Emerging Church?

Is the Emerging Church the Para-Church-Church?

Is the Emerging Church the Post-Para-Church? 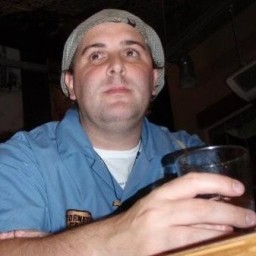 I think you may need to qualify your question a little. In my view, the emerging church does not define church in such a way that any groups (i.e. YWAM, Intervarsity, etc.) are “para”/outside-the church. I can only guess you mean something different.

The Divine Radiance has been absent from the cultural landscape and possibility of western man (male and female) for over 200 years. That was the significance of Nietzsche’s famous God Is Dead statement.
Since then all we have had is inherently godless benighted ego-man.
It is also why there have not been any Illuminated saints in the west for a long, long time.
And of course Illuminated saints are an impossibility within the Protestant tradition.
So what could the so called emerging church really be about?
How can inherently godless egos create a living breathing church fully alligned to the Love-Bliss-Radiance of Real God?
And besides which, what does anyone living in 2006 really know about “jesus”?
Has anyone ever met “him” and asked “him” what it was that “he” was trying to communicate?
Or ask “him” to explain the true nature of humankind and its relationship to Real God and the World Process altogether?

These 2 related essays provide a radically different perspective on the possibility of Emergence.

It is interesting that the author was once the prize winning student at a Protestant seminary in Philadelphia. Whilst he was there he was going through a continuous process of psychic and mystical revelations. When he told his button downed professors they were absolutely horrified that their #1 student was a “mystic”.

This essay provides insight into why/how anything “mystical” is verboten in our dreadfully sane “culture”.

To be honest, I need to qualify the question a lot!

I’ve been trying to get my head around writing some things about the emerging church and the ministries formerly-known-a-para for some time, but not actually committing anything to pixels. The question is simply thinking out aloud, or a placeholder for some some developed thoughts down the road.

Thanks though for commenting on it; your thoughts are spot on!