I love The New Yorker’s cover art. The print you see above is one of my favourites and lives in our home library. At first glance it seems like the phone has been accidentally dropped into the water, then you start to wonder, did she drop it on purpose? Yesterday I unwittingly re-enacted the scene […] I love The New Yorker’s cover art. The print you see above is one of my favourites and lives in our home library. At first glance it seems like the phone has been accidentally dropped into the water, then you start to wonder, did she drop it on purpose?

Yesterday I unwittingly re-enacted the scene from that cartoon (without the bikini) when I dropped my own trusty iPhone 3GS into a pool. I quickly jumped in after it (yes, I was fully clothed), but to no avail, the phone was dead by the time I took it the repair shop.

The guys at iPhonefix in Bras Basah did their best; taking apart the phone, cleaning it, trying a new battery and a new screen. But, they couldn’t bring it back to life. I was impressed with their service; since they could’t fix it, they didn’t charge me anything!

By the evening I had a new iPhone 4s in my hands. I then started down the unsteady path to setting up a new device and seeing how much information had been lost.

Maybe it’s a sign of my age, but I’m always inclined to assume that any computer glitch will be disastrous. It’s not just the big failures (I did once lose about nine months of work, despite having backup strategies in place), it’s all those small losses of data and the hours and weeks spent reinstalling software and resetting preferences.

Thankfully, I had backed up my iPhone just one day before it went swimming. So, I plugged in the new iPhone 4s and chose to set it up from the existing backup. It was a slow, but smooth process. I had to re-input the odd password, but everything was there. Games opened back to where I had left them, documents were at same point I had read to and all my services worked fine.

In fact the only real glitch was something I had not taken into account. The iPhone 3Gs uses conventional SIM cards, but the 4s uses the smaller micro-SIM card. Time to go to my service provider to ask for a replacement SIM card.

What do I think of the new iPhone 4s? Well it is cool, I suppose. To be honest, it doesn’t feel, to me, all that big of a change from the 3Gs (for a more in depth review, check out Tech Radar). After all, it runs the same iOS.

I do like the dual cameras. Apparently the 4s has more megapixels, which of course, in a camera like this won’t make much of a difference at all. And, Siri is, well amusing at least in inquiry mode. The big breakthrough is really the ability to dictate text. I can see myself using this a lot, not just for messages and emails, but also for notes.

All that said, I am frustrated that this was a forced update. A broken screen meant I picked up an iPhone 3Gs not long before the iPhone 4 was released. And, now I have a new iPhone 4s with the inevitable update to the iPhone 5 probably due later this year.

It’s not that having the latest phone matters to me, because increasingly it doesn’t. What I’d like is to be updating my phone less often – or maybe, I’d rather break them less often. 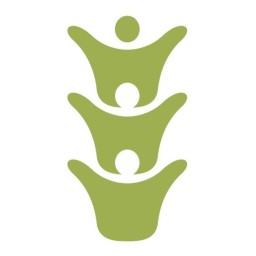 Interesting points you have made, particularly about the very small differences between 3Gs and 4s.
I am still running the 3G and it’s just fine for pretty much everything I do.
The addition of Siri is probably nice, but from what I can tell, ‘Evi’ (https://itunes.apple.com/gb/app/evi/id463296609?mt=8) does pretty much the same job for only 69p / 99c and it is good, I’m very impressed.
As far as dictating, ‘Dragon Dictation’ (https://itunes.apple.com/gb/app/dragon-dictation/id341446764?mt=8) is an incredible, free app which is very accurate, remarkably so.

I also agree with you on ‘replacing the phone less often’ (as you can see by my hanging on to the old tech) and I’ve been holding out for the 5 before I upgrade, I’m hoping that it is a genuine gamechanger with some proper killer features as opposed to a mini incremental update.

For the moment though, I’ll stick with the 3G, it’s picked up a bit of speed since I did a hard reset, wipe clean and restore and it still does everything I need it for.

Keep up the good work, enjoying the blog, thanks.

Alex – all good points. I admire that you’ve held onto the 3G!

Glad the reinstall was such a relatively painless experience.

I too was quite impressed with my reinstall from a hard reset. Although I had to download some of the apps, the market remembered I’d paid for one of them and offered me that version instead of the free one. Also, once I’d restored everything, all my recordings and images were there as well as a full address book. The only loss was text messages.

When it comes round to phone replacement time again I might well just go back to a candy bar type, for the carry convenience and longer battery life. The ‘toys’ are nice to have, but overall the (unavoidable) design of a smart phone reduces it’s usefulness *for me* over a more compact shape.

I admit myself a gadget lover, but as long as the ones I have keep the functioning, I wouldn´t choose to get another one. I know there is always the temptation when newer devices are announced but still hold to my actual one until it no longer works or I had some kind of accident.

Happily restores all your content and ready to work. Hope you have a good relationship with him and keep it safe from the water. Maybe next generation of mobile device will come with waterproof coating, but until then..

Javier – I’d love it the iPhone was waterproof. Imagine the images we could make!