There’s an interesting political storm brewing down under. It seems the organisers of the major rock festival, Big Day Out, have decided to discourage (in some reports ban), music fans from wearing the Australian flag. Politicians have jumped on this issue, largely it seems as a way to brandish their nationalistic credentials (see here and […]

There’s an interesting political storm brewing down under. It seems the organisers of the major rock festival, Big Day Out, have decided to discourage (in some reports ban), music fans from wearing the Australian flag. Politicians have jumped on this issue, largely it seems as a way to brandish their nationalistic credentials (see here and here).

Linz at Random Murmurings asks if the BDO organisers decision is really “…such a big deal?” That’s a good question and as much I’m inclinded to scoff at the political posturing of John Howard and co., I tend to think yes, it is that big a deal.

When I was growing up in Australia, during the 70s and 80s, people were far more circumspect towards the flag and it was something of a matter of pride that Australians were not as “flag-obsessed” as other countries (e.g., the USA). Whilst the flag (look here for its history) was always visible at civic functions, war memorials and major school events, it was rarely seen elswhere, even at international sporting contests, where one was far more likley to see the ubiquitous “boxing kangaroo.”

During this time and well into the late 90s, the debate over the possible change of the flag was always lively. Whilst there has never been a consensus for a change, this has always been because of the failure to produce a viable alternative flag. The Australian electorate is historically conservative about “in principle” changes.

For me, the current flag, as much I respect its history, has always been problematic. It tells a story about Australia’s past, but not enough of the country Australia became through the twentieth century. By contrast, the rabid support of the flag by the current Prime Minister backs up his claim that Australian identity was “settled” in the ’50s *around the time the current design of the flag was ratified. Of course, this move, disqualifies the influence on Australian identity made by sucessive generations of immigrants through the late ’50s, 60s and so on. Along with that, goes the emergence of multiculturalism, cosmopolitanism and the broader debate about the role of indigenous Australians (who were only given the vote in 1963).

It is fascinating and maybe telling that flag-waving (and wearing) has become so popular in Australia, moving from the kitsch to the mainstream. There is a connection here with broader trends in globalisation and localisation, especially evident in the way this current debate is being milked for political mileage. Ownership of the flag is not inherently a bad thing, but it is hard to dispute that for some involved with the recent race riots in Cronulla, the flag was an ideological weapon.

To me, there is something subtle and disenfranchising about the current flag design and its inherently colonial roots. It’s not a point everyone would agree with, which I understand. There is no doubt that not everyone who is speaking out against the Big Day Out, or in favour of the flag holds the view that Australian identity is inflexible and that people born outside the country can never be “real aussies” and have nothing to contribute to the national identity. But, some do and that is why the debate matters, and why it is important.

In light of the tone of comments on my recent posts relating to Australia, I will point out that I expect any commentors to be respectful, fact-oriented and willing to back up their comments with real, active email and if possible, web/blog addresses. Vulgar, obscene and insulting comments will not be approved and no, you won’t get your point across by resorting to name-calling – you’ll just be ignored. 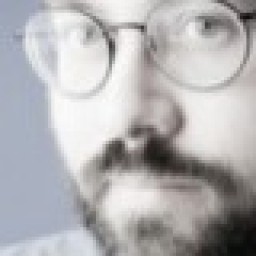 You’re quite right Fernando. I didn’t really make it clear on my blog but my own sympathies of the issue are firmly with the BDO organisers. I guess the issue I was wanting to highlight was simply the kneejerk response of the pollies (except the Dems, bless ’em). 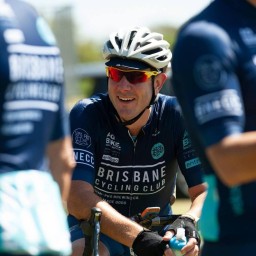 There is a very good discussion of this on Andrew Bartlett’s blog https://www.andrewbartlett.com/blog/?p=1295

He seems to be a lone voice of reason amongst our pollies clamoring for a soundbite.

Linz, thanks for your comment. Without doubt the politicians are trying to milk the controversy for all it’s worth.

I was wondering what (if anything) you reckon that says about the electorate?

“It seemed to me that there must be a genuine problem which the Big Day Out people are trying to address, and that it should be a cause for concern that such a problem exists. I would have thought seeking to prevent misuse of the Australian flag would be something most Australian politicians would support.”

Bartlett’s analysis makes the issue seem even more politically acute – attempts to defuse a potentially racist situation are being written off.

The whole “kiss the flag or we’ll smash your face” mentality is even worse than the sort of thing I experienced growing up. It’s like a whole new level of radicalism.