Looking at a graph of my blogposts per month, since 2004, I can see that 05 and 06 were my most active blogging years and that recently, I’ve been updates have become less frequent. Not surprisingly, 05 and 06 were the years when I had the most traffic, the most incoming links and probably the […]

Looking at a graph of my blogposts per month, since 2004, I can see that 05 and 06 were my most active blogging years and that recently, I’ve been updates have become less frequent. Not surprisingly, 05 and 06 were the years when I had the most traffic, the most incoming links and probably the most buzz around my writing.

I wanted to understand this story a little more deeply, so I decided to take a look at each year in detail. Also, it seemed worthwhile to ask what I learned from each year of blogging and what, looking back from 2009 I might have done differently. It’s a fascinating exercise because my attitude to online content and social media has changed a lot since I started this blog.

The big thing I got right was choosing the WordPress software and using my own domain name. My previous attempts at blogging had failed because of purely technical reasons. Re-reading these early posts was surprisingly good fun. I was blogging about the everyday things, making and studying music, playing golf, music technology, faith and life in India. In a lot of ways, I wish I had held onto the balance of these early months and, if anything posted more about life in India.

I should have posted more of these kinds of pictures, talked more about everyday life and struggles, about the conversations I had in the markets, the people I met and the fine texture of daily life. I’m prone to lamenting that blogging didn’t open many doors to writing opportunities, but the truth is I had a great opportunity to write with a distinctive voice back then and I didn’t really take it.

In 2005 my blog started getting noticed and my style changed. I was posting less and less about what I was doing and who I was becoming and more about who I had been and what I had left behind. In a way, this made some sense, since the purpose of the blog back then was to reconcile my departure from academia and my move back into music. But reading back on the content from 05, it feels a little like a blog from anywhere. Maybe it was the frequent internet outages, or the sense of expat disconnection, but I seemed very focussed on big and abstract topics a lot of the time.

This sort of thing wasn’t making into onto the blog. Interestingly, when I think back to 2005, I was playing an awful lot of golf and wrote music everyday, but it there wasn’t much of it going online. This was a bad use of the medium. As a writer, my unique perspective was my location – I was one of the few expat bloggers in India at the time. Moreover, as a musician I should have been using the blog to build networks, to create interest in what a western jazz guitarist was doing in India.

Someone who was only interested in stats would say that 06 was my best year. I was getting a lot of traffic and some of my posts about faith and globalisation were getting mainstream attention. But, I was becoming very frustrated with blogging. At the time it didn’t make sense to me – yet now it is crystal clear – I was still stuck in the past, in who I used to be. The stuff I was actually doing in everyday life, my new work, wasn’t getting featured. Moreover, I was starting to see the world in a new way and not really making space for the that either.

I should have been taking more pictures like this, reflecting on life in this context and posting the music that this context was stirring me to create.

What’s interesting to me in these years is how much I was struggling with blogging, how much content I was posting about life in Hong Kong (especially reviews of cultural events) and how little local connection the blog had. In a way, I lost my voice as a blogger, lost my purpose and lost my sense of direction. I was drawn into Facebook and back into online forums, which were both really a waste of time and energy

In those years I was starting to see the world differently. I was deeply frustrated with life in Hong Kong and feeling socially quite alienated. I didn’t really want to blog too much about that. However, the resources that were helping through that, especially books, music and film would have been interesting to a lot of people and really should have been given more space here.

Friends have commented on the renewed vigour in blogging this year. I’ve dropped any pretence to being an academic blogger and started writing more as musician. I’ve wanted to redesign the blog, but only got halfway there. I’m still frustrated that there isn’t more music on this site, or that I haven’t organised it better. This blog still doesn’t really reflect what I do, day to day, all that well. It’s still more about ideas than activity. In an odd way, I thin Twitter is helping me rethink what I do with the blog and clarify what I need to the blog to provide. More on that, next time around… 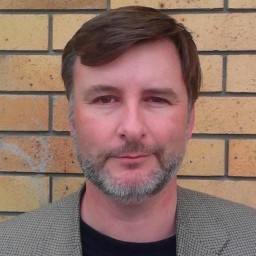 Nice graph – did you manually enter the post counts or do you have a plug-in that generates it?

Interesting observations. From an outsider’s POV I’d suggest the peaks came about with the general peaking of the blog as a medium for social connection before Facebook and more recently, Twitter took over. In addition you were connecting to some people, like John Smulo, who were using their blogs like commercial enterprises rather than social connections, and they were driving traffic and content. That these things coincided with your personal circumstances was likely just chance, although knowing how circumstances drive our feelings, there may have been some reverse connection too.

My perception of blogging is that as a social medium it’s gone down the pan for interaction. Those that I’d meet and converse with on my blog have, with a few exceptions, migrated to facebook. Twitter might be a good medium, but the 140 character limit is frustrating and I despise it too much to admit I’d find it useful at the moment.

For me, your best posts were about you, your family, your thoughts and observations on where you’re living and the places you’ve visited. Your least accessible are those on theology and philosophy, where I have to make a determined effort to understand what you’re saying and even more effort to leave a comment. Music sits somewhere in between, mostly because I think our approaches to music and the types we like are poles apart, and probably a reflection of our intellectual differences.

I’m glad you have kept on blogging, and hope we continue to read each other’s stuff.

Thanks Stephen. It would be nice to have a plugin that spits the numbers out into a spreadsheet, but this time I had to input them manually.

Toni, I guess it is like any social situation, if there are more people involved and higher levels of shared interest it sparks things. On one level, I’ve always written, music and essays, irrespective of whether I had listeners or readers. But, having an audience always provides some level of motivation.

Twitter drives a lot of traffic to blogs. But, that isn’t the kind of in-depth, getting to know the blogger stuff that you and I have valued over the years. It’s more of a read, consider, link briefly comment sort of thing. Blogs are now more like editorials than locations for conversation.

The word limit is frustrating, but then again, if I want to push a deeper idea I blog then link on twitter. The plus, for me, is that I don’t feel compelled to turn interesting links *into* blogposts. Moreover, the limit is also something of a boon, in the light of having sat through multi-page missives on forums – it’s pretty easy to see where people are coming from when they have to express themselves pithily.

I’ve always gotten a lot from our interactions. Over the next year I hope to write more about day to day things and travel, as well as putting up more photos.