Five Things I Don’t Believe In

“Those who never retract their opinions love themselves more than they love truth.” Joseph Joubert I sat down this afternoon to watch the sunset and my thoughts soon had me turning over some conversations and experiences from the first months of this year. Many people I’ve spoken to recently have been questioning some of their […] “Those who never retract their opinions love themselves more than they love truth.”
Joseph Joubert

I sat down this afternoon to watch the sunset and my thoughts soon had me turning over some conversations and experiences from the first months of this year. Many people I’ve spoken to recently have been questioning some of their beliefs, which is pretty common as we get older. It got me wondering about some of the things where my opinion has changed, so here is a short list of things I no longer believe in.

Work As A Chore – when I hear people complain about it being Monday or listen to the famous cry, Thank God it’s Friday, I feel sad. These sentiments say nothing profound about work itself, they merely reflect poor life choices, or the consequences of limited options. Work is noble, work shapes and civilises us, work is, as Kahil Gibran said, “love made visible.”

Being Discovered – there is no more stupid, disenabling and enfeebling idea living parasitically in the minds of artists and especially musicians, than the notion of getting discovered. We’ve even carried it into the digital age, which makes no sense, since in every way it is now harder, not easier to discover creative work that is not being constantly pushed to the front of the avalanche of stuff we see every day.

Lifestyle – I’m always more than a little confused when I hear people talk about their “lifestyle.” I struggle to believe I once dropped this pointless term into conversations. Lifestyle seems to mean how impressive, expensive and envy-inducing your leisure time is, or sometimes it means personal moral choices which shouldn’t need to be justified or explained. Neither of which is a fertile ground for interesting conversation or thought.

The Power Of Ideas – I love ideas, but we live in a post-ideas age. Knowledge is no longer power in an age where access to information is ubiquitous. I grew up having to derive solutions from a limited pool of information I could access, but children today can google anything. Who even needs to take notes? 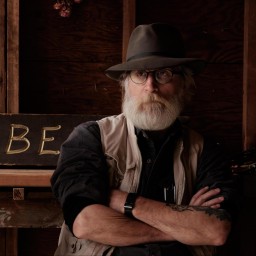 Ideas and knowledge are not the same thing. Your last “non believe in” is a bit confusing? Having a knowledge isn’t the same as having an idea, it is only a proof of someone’s idea or experience isn’t it?

Ray – you are right, ideas & knowledge are not the same. I didn’t want to write a long essay on this one point. Knowledge is not as scarce as it was, not as hard or expensive access. So, ideas, as organising principles for knowledge, are less powerful. Hope that clarifies a little.

I agree with you both on knowledge/ideas. The thing is that sometimes organising information with ideas is everything, and very often comprises trade secrets. Sure this is semantics, but a very important distinction.

A couple of other things:

Work as a chore – there is a distinction between work & hobby, and not everyone can approach both with the same attitude. I remember when I’d been working for a while part time professionally as a photographer I came to dislike the business side of things to the point where it spoiled the hobby. Likewise there are times in my career in science that I’ve been enthralled and loved it, while on other occasions it has been both a stress and a bore at the same time.

Community: again semantics, but community is usually a network of people who are friends to at least some degree. So using the Harmony central community as an example, they’ve raised money for guys that lost their homes and jobs on several occasions, offered support to guys who had life threatening diseases and even built a guitar for a Romanian girl who couldn’t afford a decent instrument. Very few knew each other in meatspace, but we all were part of something larger.

Lifestyle: a word that has suffered from use in marketing, and used to mean how we lived. 🙂

I really like and agree with your thoughts on Being Discovered. I’m sure the Cinderella style discovery happens occasionally, but it must be the tiny exception rather than any kind of norm.

Good list though, in that it made me think about whether I agreed.

Hey Toni – thanks for your thoughts. I can tell you in the music world, some of the “being discovered” stories are just fabrications, even in this YouTube age.

As for work, I always defer to Robert Frost’s poem, Two Tramps In Mudtime. Says so many things I believe, so much better than I will be able to say them.

Finally, on ideas; I agree with you. The way I see it though, the number of places where “trade secrets” continues to be a meaningful category is fast diminishing.