This month’s Harvard Business Review carries a feature from Ed Catmull entitled “How Pixar Fosters Collective Creativity. The article highlight three key organisational principles that govern Pixar, 1. Everyone must have the freedom to communicate with anyone 2. It must be safe for everyone to offer ideas. 3. We must stay close to innovations happening […]

1. Everyone must have the freedom to communicate with anyone
2. It must be safe for everyone to offer ideas.
3. We must stay close to innovations happening in the academic community.

What is fascinating about the Pixar example is the way they have managed to have both a hard-headed business culture (lines of authority, clear accountability markers, profit motive) and a free movement of ideas.

It’s kind of obvious to ask what shape a Pixar-like church (or mission, of theological college) would take. It would be an openly communicating institution, an intellectually trusting and nurturing institution and a learning institution. I find that “vision” inspiring and motivating (though others will find it obtuse and detestable).

But, on a deeper level I can’t help but think it would also be a more spiritual institution as well – better able to grasp that God is not just an extension of our will, but the ground of our being; that God comes before us, not from us.

That’s not to say that I’m beholden to the industry of “creative ministries.” In fact, I’m often sceptical about that trend, because it sometimes reflects nothing more than an extension of our own ego; as if God is only an image of our own hopes and fears, projected into the world. Or, that God only exists out there to be discovered in our reaching and striving.

If spirituality is creativity, then it must be so before we act, not after. Which means it must be a condition we find ourselves in before we are aware of our condition (or creatureliness). In that sense I see it as our attempt to express an identity even before we have an awareness of the limitations that act upon our identity.

That isn’t so much an immature stance as a childlike one – not unlike the childlike wonder of those who can’t grasp why it’s not possible to learn from the best regardless of who they are, those who have not yet been conditioned to accept that in so many avenues of life politics trumps innovation. 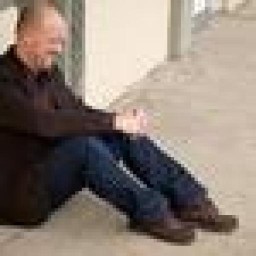 I think that article shows how creativity with all space for participation needs institutional boundaries, as you noted.

I think that has strong parallels for church. To often we want freedom for participation/creativity and no restraints and boundaries, and the result is usually…not much, except self creation, and ego mania, as you suggest.

In our reactions against the insitutions of church that crush creativity, we’ve missed something that Pixar and others have retained that we need for true creativity.

How Pixar foster institutional practices that enable creativity, that would be a great article, and helpful for church and practices.