Recently, I’ve made a few provocative comments on church attitudes towards big business and assumptions about people who work in the corporate world (here and here). I’ve been pondering a follow up post on those thoughts, but in a lot of ways this quote from David W. Miller, posted on Kruse Kroniclee, sums it up […]

Recently, I’ve made a few provocative comments on church attitudes towards big business and assumptions about people who work in the corporate world (here and here). I’ve been pondering a follow up post on those thoughts, but in a lot of ways this quote from David W. Miller, posted on Kruse Kroniclee, sums it up very well.

Hundreds of thousands of women and men around the country have come to feel an urgent need to integrate their faith and their work and, at the same time, have found the church to be of little help. Their stories, which make up the Faith at Work movement, have emerged both within and in response to the dramatically changing social, economic, technological, geopolitical, and ecclesiastical conditions that began in the 1980s and continue today. During that time, the conditions surrounding work, the employee, and the workplace have changed significantly as a result of several factors. These include large-scale corporate mergers and acquisitions, restructurings, layoffs, plant closures and the resulting relocation of factories to low-cost overseas manufacturing sites, advances in technology and telecommunications, mobile capital, lower global transportation costs, and reduced trade barriers.

In the midst of these changes, many people report feeling that they live increasingly bifurcated lives, where faith and work seldom connect. Many who are Christians complain of a ‚ÄúSunday-Monday gap,‚Äù where their Sunday worship hour bears little to no relevance to the issues they face in their Monday workplace hours. Though notable exceptions exist, sermon topics, liturgical content, prayers, and pastoral care rarely address ‚Äì much less recognize ‚Äì the spiritual questions, pastoral needs, ethical challenges, and vocational possibilities faced by those who work in the marketplace and world of business.

Whether conscious or unintended, the pulpit all too frequently sends the signal that work in the church matters but work in the world does not. It is perhaps no surprise, then, that workers, businesspeople, and other professionals often feel unsupported by the Sunday church in the Monday marketplace vocations. Increasingly, businesspeople ‚Äì whether correctly or incorrectly ‚Äì perceive the clergy‚Äôs lack of interest in, unawareness of, and general pejorative view of the business world and, by association, of those who work in it. Of course, responsible theological and ethical criticism of immoral business structures, practices, and people is certainly in order. But the often presumptive and pervasive suspicion shown by religious professionals blocks consideration of the theological and practical possibility that there could be redemptive, creative, productive, ministerial, and transformative possibilities in the world of business, and in the lives of those called to live out their Christian vocation in the marketplace and other workplaces.

Today, Michael has added a review of Miller’s book, God At Work. AMongst many good thoughts, this quote caught my eye,

“Toward that end, I propose that clergy learn a hermeneutic of the marketplace. This will ensure that the parables and biblical narratives gains fresh sense of relevance and applicability to modern business situations.” 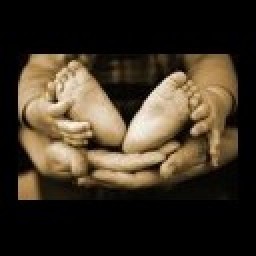 Fernando, this is an excellent post. I appreciate the quote you shared from Michael’s review, as well.

One wonders, then, if one of God’s purposes in Paul’s tent-making was for Paul himself; perhaps so that he would not only learn a hermeneutic of the marketplace of that day, but to live that hermeneutic in person before all believers?

Fascinating subject matter, Fernando and Michael. Thanks for sharing it.