I’m starting with a tune I wrote back in July 2007. It’s one of the classic examples of where my workflow falls apart. The tune was written, complete with sections, breakdowns and even a sketched out solo in less than 48 hours. Then, I failed a few times to bring a recorded version to life […]

I’m starting with a tune I wrote back in July 2007. It’s one of the classic examples of where my workflow falls apart. The tune was written, complete with sections, breakdowns and even a sketched out solo in less than 48 hours. Then, I failed a few times to bring a recorded version to life and forgot about it. On a recent hard-drive trawl I rediscovered the tune and thought, “there’s some potential there!”

OK, so it sounds cheesy as all hell. But, the basic bones are in place – an idea for a groove, a melody and a “vibe.” The song was originally written in Garageband, which is nice for quickly drafting out a tune. But, it presents a few problems that have to overcome quickly. First, the sounds are less than best. Second, the arrangement, when opened in Logic, looks pretty uninspiring and one dimensional.

Third, not all the sounds and plug-ins activated correctly in my current setup.

A quick way to address this is to go the rename the track and label it BROKEN – followed by the name of the plug-in. This makes it easy to see that work is need here. I also like to colour the regions something obvious and glaring, like bright red, to show they need some attention.

Hopefully, after a few hours work (and a couple of blog posts), this will look and sound very different! The first step to that is to save the file as a new Logic project. Here you can see me creating a new folder for the album project as well.

With that done, it’s time to tackle some of the sound and arrangement issues. I usually start this in one of two ways, either to map out the arrangement with markers and regions tied to the markers, or to nail down the groove of the song with the basic rhythm section instruments. Since this is a groove based tune and I am imaging some basic changes to the arrangement, I’m going to start with the groove.

I always like to start with the Bass, since the kind of music I like is usually built on a strong bass groove. Immediately, I can sense a problem here, since the bass groove is weak and unfocussed.

Since I will come back to the bass line, once the whole song is assembled, at this stage I just want something with a more live sound and a little bit of groove and variation, rather than this obviously monotonous idea.

I loaded a Kontakt bass instrument (Pop Bass), added the Logic Bass Amp plug-in, copied the basic bass riff to a new region, then altered the timing a little, to being some beats ahead and behind the groove. The result is not perfect, but a lot more interesting to play a long with.

Next up is the drums. If I was tracking a live band I would never bring the drums in this early in a production. Recording drums too early in the process can lead to very stiff and unadventours takes. However, when programming MIDI it can pay to bring the drums in early, since synchronise micro-timing issues upfront can make the workflow much faster as the song develops. Moreover, you can always come back and loosen and re-edit the drums later to given them a more real feel. Right now, the drums kinda suck.

So, I Loaded up EZ Drummer, with the Jazz Kit preset and found a groove that worked with the tune. Again, I’ll come back to this, the main issue right now is to find a better groove.

Finally, I want the drums and bass to lock a little better. Right now they feel like MIDI from two similar, but unrelated songs.

The problem is the MIDI for the drums is following a different groove, or pattern of being ahead and behind the beat than the bass I worked on earlier. The image below shows one the views I return to time and again in Logic.

In the Piano roll editor I’ve set the view to Region colours, so you see all the bass MIDI information and all the drum MIDI information in different colours. Here i then go through, note by bass note getting an approximate match. What I immediately noticed is that I had altered the Bass part to play behind and in front of the beat in different places than the drums, so aligning the two a little created a tighter groove.

So, how are we going? Well, the drums and bass are sitting a lot better and the whole thing is starting to sound musical! The next step will be to de-cheese the rhythm guitar and start thinking about some lead sounds for the melody. See if this sounds any better to you.

Awesome. I’ve got at least three song fragments scattered on my hard drive. I’m thinking that the experience I’m gaining by recording our current album, and what I’m learning with DAW and other tools, maybe I’ll jump back into them. I’m looking forward to seeing how this turns out. 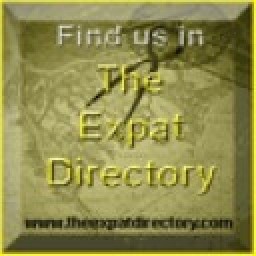 Great Blog, you should submit it to The Expat Directory:

I really must get up to speed with recording techniques (and guitar playing techniques too). I have started an enforced break from playing in church, and want to use the space to write and record, maybe even put a band together. I must read through this properly when I have a little time and a little more focus so that I can understand in some detail, rather than just a quick wash.