Book Review: A Heretic‚Äôs Guide to Eternity – The Good

I‚Äôve just finished reading Spencer Burke and Barry Taylor’s A Heretic‚Äôs Guide to Eternity. This is the first part of a four-part review. The book passed my first test for decent theology, – it didn‚Äôt put me to sleep. It also passed my second test since it was written from ‚Äúsomewhere,‚Äù in this case Spencer‚Äôs […]

I‚Äôve just finished reading Spencer Burke and Barry Taylor’s A Heretic‚Äôs Guide to Eternity. This is the first part of a four-part review. The book passed my first test for decent theology, – it didn‚Äôt put me to sleep. It also passed my second test since it was written from ‚Äúsomewhere,‚Äù in this case Spencer‚Äôs somewhat idiosyncratic but ultimately representative spiritual journey. It passed the third and final test – it liberally used verbs. You‚Äôd be amazed how many theological works fail those tests!

A Heretic‚Äôs Guide to Eternity got me thinking – a lot. My first reading was non-stop over two cups of coffee, the second over three days with numerous pauses. I‚Äôve not searched for other reviews, yet, but I would imagine this book has generated a lot on comment by now and will generate a lot more in the months ahead.

During the re-read, what came to mind was the non-theological sources that have influenced my thinking over the last decade and caused me to reflect critically on the social reality of church. The Consumer Society, Liquid Modernity, The Fragile Absolute, The Uses of Disorder – these and others kept flashing up as my mental footnotes to Spencer‚Äôs ideas. Interestingly, the book is replete with invitations to online fora, which may well develop an extensive hyper-linked compendia to the book. I look forward to visiting those pages in the future.

Like Spencer and Barry I broadly agree with the notion that Christianity in its modernist, abstracted, idealised sense is an illusion that harms the formation of mature spirituality. This is not a new insight within the theological academy, but a A Heretic‚Äôs Guide to Eternity, serves a role in helping those outside the castles in the sky to think through the problem. Unlike Radical Orthodoxy and some segments of Catholic thought, Spencer‚Äôs solution is not to reify the church, but to dissolve it. Even if we do not agree with that solution, it is worth listening to the proposal with openness and creativity.

I‚Äôve often felt like an outsider in mainstream programatic church circles, in fact, I‚Äôm not even sure I have ever felt like an insider. In my darker moments I‚Äôve wondered if there are any spaces for creative, cosmopolitan, multicultural Christians. In that sense, I found A Heretic‚Äôs Guide to Eternity encouraging. All too often in churches pressure people who feel like outsiders to keep quiet, to clam-up, to retreat. I‚Äôve done it as well; it‚Äôs counterproductive. The only solution can appear to be leaving, which is fraught because for most programatic church-goers, leaving is still synonymous with apostasy, loss of faith.

A Heretic‚Äôs Guide to Eternity is part of a growing body of work that problematises the idea that people only leave church because they loose their faith. By contrast, it suggests that such a move might be positive for one‚Äôs spiritual growth and awareness.
This also highlights the limitations of many church evangelistic, apologetic and teaching ministries – namely their inherent programmatic and consumerist tendencies. It is not that there is no room to ask hard questions, many churches now create such spaces, its just that as a culture, the clock is always ticking. There is not a lot of time to decide before you have to ‚Äúbuy the package.‚Äù

I found myself thinking a lot about these messy edges and creaks in the system; about real people struggling with the long term and hard to rush project of following Christ; about churches that crush hope and destroy families and about my own tear-filled nights wanting to ‚Äútrash it all.‚Äù The fact that A Heretic‚Äôs Guide to Eternity brought up all those memories and feelings make it worth a look in my opinion and puts it ahead of so many books I have read about church and faith that are, simply put, nothing more than fantasy. 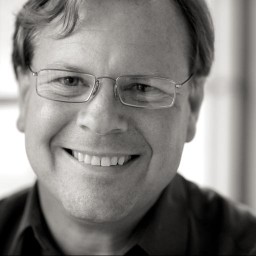 Reading your blog reminded me of many of the emotions I found myself sharing with Barry as we were writing the book. I do hope the book will stir up an online conversation – blogs, articles and TheOOZE message boards… They say fiction books can be contained in-between the covers but non-fiction should catalyse the reader beyond the the book and take on a life of its own. I have been saying the book does not seek agreement but awareness. Thanks for taking the time to read the book for yourself and then posting your insights. I look forward the the rest of your review – be it good, bad or ugly…

Spencer, thanks for taking the time to comment and have a look at the blog. I really found a lot of myself in the book and a lot that I have seen in the lives of other Christians whom I really respect. In the reviews there’s a few issues I’ll be pointing out, but the flow of the book, the sensitivity to the sociological reality of church and the call to responsible myticism are things I can endorse and support.