I don’t often write music reviews. Still, in light of the response to last year’s 25 Songs of 2011, I’ve decided to celebrate some good new music again, this time with 12 of the best albums of 2012. Of course, this is a very subjective list, so feel free to leave a comment if you […]

I don’t often write music reviews. Still, in light of the response to last year’s 25 Songs of 2011, I’ve decided to celebrate some good new music again, this time with 12 of the best albums of 2012. Of course, this is a very subjective list, so feel free to leave a comment if you have a favourite I left out.

Traces is the fifth album from Karine Polwart, a highly regarded Scottish folk singer. Visually rich stories are matched with solid and evocative musicianship. A complex, thoughtful, occasionally dark and always beautiful album from one of the finest singer-songwriters of our era.

Heavily publicised and critically acclaimed, Tramp is on many people’s lists as one of the best albums of the year. With good reason too, I might add, since this gritty and melancholic album is also one of the most clearly focussed and outstanding rock productions I’ve heard in quite a while. Great sound, compelling lyrics and unique vocal performances help Tramp shine.

I’ll admit the publicity around this release created a wall of cynicism and doubt in me. But, upon actually listening to the music, rather than reading about it, I was hooked. Inventive, rich and slightly kooky music with a satisfyingly original sound and timbre.

Spalding is one the brightest young Jazz stars to emerge in a long time. However, this album sees her deliver a batch of songs drawing more from late 60s soul and mid seventies vocal jazz-fusion. A mixed bag that has split critics, but still delivers enough great songs to stand as one of the best grooving albums of the year.

Stripped back and honest bluesy folk music from a slide guitar great. Whether you go by car, boat or train, this is simply awesome music for travelling.

I wonder if the odd, somewhat forced looking pairing of these two artists meant this album slipped by without a lot of comment. Anyway, this is a solid release, with some of the best tunes David Byrne has penned in years. Killer lyrics, odd yet engaging vocals and breathtakingly fresh horn arrangements make for a really fulfilling and delightfully odd album.

5. Bat For Lashes – The Haunted Man

If I was going to give an award for the most best sound and music production of the year, it would go to The Haunted Man. The Bat For Lashes vibe has been steadily evolving and this album really kicks this up to a stunning new level. Great music, great performances, great production values.

Featuring a set of originals and carefully chosen covers, the latest release from pianist Vijay Iyer is a constantly mutating journey deep into the possibilities of rhythm and harmonic permutation. At times deeply cerebral, at other times profoundly sensual and almost danceable, this is one of the most beguiling and intriguing Jazz albums of recent years.

I don’t know what effect Norah Jones musical quest has had on her original “easy listening” fan base. After all, this album has little in common with Come Away with Me. Collaborating with Brian Burton (AKA Danger Mouse) has helped Jones produce a dramatic and often dark album that continues the direction she embarked on with The Fall. Norah Jones continues to produce music that is lush and sophisticated, but in an entirely fresh way.

Dr John’s last two albums found him lamenting the effect of Katrina on New Orleans in a somewhat obsessive way. For this outing, with the Black Keys’ Dan Auerbach in the production chair, we get a welcome return to the grittier and more mystical Dr John of old. Still one of the most enigmatic of performers, this album should reminds us there is still plenty of mojo left in the good doctor.

1. Fiona Apple – The Idler Wheel Is Wiser Than the Driver of the Screw and Whipping Cords Will Serve You More Than Ropes Will Ever Do

Describing this album in a few short words is just as hard as memorising its full 23 word title. This album is honest, savage, witty and engaging in roughly equal measures and so completely unique and original that I’ve felt compelled to give my nod for best album of the year. 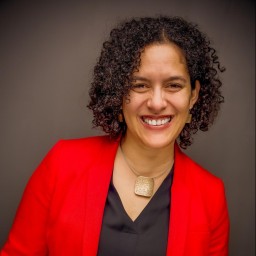 Saving your funky/quirky list for really perusing over the weekend. Thanks for the new shares!

thanks Fernando for sharing these. there were a number with which I was unfamiliar that really caught my ear (indeed, I shared them on my blog).
have a wonderful new year!

Roy – thanks for your comment and for sharing them on your blog. Glad you found some new music to listen to.

I have finally had time to give this proper attention and there is some great stuff here, including some I am now about to go off and purchase. Thanks for all the intros!

Leonie – glad to hear that!