A Faith Founded On Fear Or Hope?

For me, one of the most fascinating things about Obama’s election is that the US has chosen as it’s leader a TCK. Not only that, but TCK’s look set to play a major role in the new administration. For those unfamiliar with the jargon, a TCK is a third-culture kid. That means someone who has […]

For me, one of the most fascinating things about Obama’s election is that the US has chosen as it’s leader a TCK. Not only that, but TCK’s look set to play a major role in the new administration.

For those unfamiliar with the jargon, a TCK is a third-culture kid. That means someone who has grown up in a culture that is not their “home” culture. Of course, that’s the experience of ex-pat kids as well as immigrant and refugee kids who grow up with a home and family life that is more rooted in the culture their family moved from, rather than the family they have moved to. As Ruth E. Van Reken highlights in a great article on the implications of this for Obama’s administration, TCKs share some common traits and also tend to have a different outlook on the world from kids who are more monocultural.

I suspect that the global support (and relief) at Obama’s election is connected (maybe even subconsciously) to this fact. There’s a real possibility that a TCK like Obama would be more naturally inclined to understand different points of view, especially as they are informed by cultural assumptions, than would be the case with someone like Bush who consciously chose a localist and provincial outlook on the world.

However, it seems the global support for Obama’s victory scares the living daylights out of some American fundamentalist Christians. It appears that global goodwill is a fearful omen, that being liked by the international community is in fact a weakness and that global co-operation is, in principle, bad for the USA.

What I find interesting from a lot of the commentaries on Obama’s election (such as World welcomes Obama with open arms, demands) is express desire for American leadership, on economic issues, on global warming, on human rights, on security. As I’ve said before on this blog, the era of US dominance as a hyperpower was only ever going to be a short term thing and the war on Iraq was an ideological act of desperation, trying to change the geo-political equaltion before that window of opportunity closed.

That makes me wonder about those who are tying their theology to an ideological loathing of Obama’s global popularity. What is driving that fear? While the world does hope for a changed attitude to diplomacy and international agreements from the US, there is no widespread desire to write the US out of international leadership.

Could fear be the central factor here. What may well change under Obama is the use of fear as a tactical weapon of statecraft, not just domestically, but internationally. Could it be that this subset of the church in the US likes the idea that the rest of the world fears them, fears their weapons, fears their tendency to retaliate with force. Could it be that they feel impotent at the prospect of losing that power to project fear globally?

I’m not sure. Perhaps that answer, rooted in a resentment explains at least a small part of the negative reaction to Obama’s global popularity. One thing I do believe is that church leaders and church-goers should reflect seriously on the way fear has become so central to our discourse.

Jesus said, “do not be afraid.” Yet we preach fear, we exploit fear, we encourage fear. Has the church become an industry of fear? 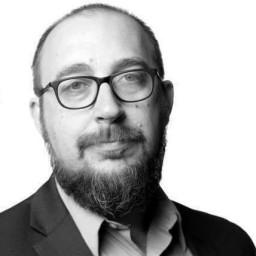 I think you’re definitely onto something. My experience of USAmerican evangelicalism has been one where fear played a big part. This has been tied in with a Gospel of sin management (to use Dallas Willard’s language). We’ve been raised to fear a lot of things (e.g., bad language, sex, TV/movies/music, etc.) in order to keep us from sinning.

Those who did this were well-meaning. They wanted us to “be holy as God is holy” and to be more and more “Christ-like.” Unfortunately their solution was control through fear, and it never really worked anyway.

The telos of the Gospel as I understand it today is not my personal morality/”holiness” — it is, rather, God’s mission to redeem and restore ALL of creation through Christ and by his Holy Spirit. My personal holiness is part of that, but it’s not the main thing. And I think much of evangelicalism has made it the main thing.

Steve – thanks, it’s helpful to read the way you’ve connected this to the issue of holiness. I think the discourse of personal morality was initially a helpful thing and some of those who perpetuate it have the very best of intentions.

But, the failure of this kind of approach together with it’s relational and psychological damage is a consequence of a very narrow understanding of “the Gospel” that was focussed almost exclusively on personal issues.

Perhaps the irony is that when our understanding of the Gospel is more global and less historically hemmed in, it allows us to be more thoroughly moral?