On Calling A President A Failure

There‚Äôs been something of a storm in a teacup recently on a Christian forum in response to labelling the presidency of George W. Bush as a ‚Äúfailure.‚Äù My full comment, in response to a posted article about the US decision to brand segment of the Iranian Army as ‚Äúterrorists‚Äù was, I hope this a move […]

There‚Äôs been something of a storm in a teacup recently on a Christian forum in response to labelling the presidency of George W. Bush as a ‚Äúfailure.‚Äù My full comment, in response to a posted article about the US decision to brand segment of the Iranian Army as ‚Äúterrorists‚Äù was,

I hope this a move to allow greater scope for counter-insurgency and espionage operations.
I hope this is part of a broader strategy to bring global pressure on Iran and their support of groups in the Middle East.
I hope this is not a pretext to an idiotic war in the final hours of a failed presidency.

Upon reflection I will stand by that, despite the poor grammar. The direct context was, of course, foreign policy and it seems to me that failure is a pretty good word to describe this US President‚Äôs record.

Part of the criticism of words centred on foreign nationals criticising the US head of State. To be blunt, that is pretty laughable given how little tact many American Christian commentators have in criticising the heads of other states. The far more interesting criticism, from my perspective, had to do with the use of the word failure and in particular, the application of it to any head of state.

Elected heads of state are not kings, which for me is both a good thing and a theologically significant thing. We are to hold high standards of respect, but also high standards of accountability. We are not called to subservience. Criticism of a government is not just a privilege, or a right, it is a theological requirement of good citizenship.

Calling someone‚Äôs work a failure may seem harsh and excessive, but like many things it comes down to how one uses the word. For me failure is simply about not making the grade, not completing the task, not doing well enough, not meeting the minimum requirement. The word exists within a predefined set of criteria. Someone fails at a job if they simply do not do what is required of them, do not deliver what they promised, do not meet the goals they set.

For Christians, failure is sometimes a problematic word because it seems so final, so all encompassing. But, in terms of creativity, art, even life, to never accept failure, to never admit it can be very paralysing indeed. A life that does not permit failure is a life lived in fear.

The acceptance of failure and the freedom to clearly identify it does not reflect an absence of grace but the scalability of grace. We can extend grace as far as to cover failure. If we cannot face failure, we cannot understand repentance, atonement or forgiveness, let alone grace.

But, there is an important further point. I believe there is a difference between failing, having failed and being a failure – something you could call the psychology (or defensiveness) of failure. As J. Paul Getty once said,

‚ÄúA man may fail many times, but he isn‚Äôt a failure until he begins to blame someone else.‚Äù

From cold, hard, personal experience I have to say that this is where the theoretical talk meets reality. To fail is one thing (even to fail repeatedly), but character is revealed in how, over time, people respond to failure. In my experience ‚Äúsuccessful‚Äù people are not marked by the absence of failure in their lives, but by the way they have coped and learned from it, their ability to change when it comes and the honesty with which they face it as a possibility for the future.

It is not only permissible for a leader to fail, it should be expected and accepted that they will fail. But to repeatedly fail, to misrepresent failure as success, to fail to hold oneself or others accountable for failure, to refuse to respond to failure by rethinking one‚Äôs approach and repenting of one‚Äôs actions and in the end to blame others for one‚Äôs failures is not acceptable, in fact it is to signal to the world that one has, at the deepest levels, failed. 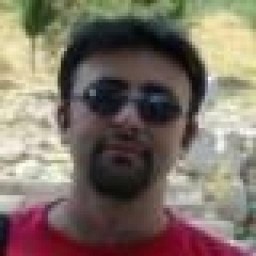 We have a problem with failure because our educational system rarely allowed for it. A failing grade is reflective of the character of the person (He’s a C student). I like your nuance of the definition–that failure is when we don’t respond to the failure and blame others. To comment a bit on the presidency: Though I do not like Bush nor his presidency, I have not gone so far as to call his presidency or his leadership a failure. Most historians reserve judgment on presidents after a few generations. For some reason, we don’t want to do that with this president. My sense is that in 50 years, we will have a clear view of all the failures and successes of this president.

It’s a shame in a way you didn’t post this too, Fern, though I guess you didn’t need the flame war.

It may be that they perceive his performance on different criteria from non-American republicans too. He’s been successful by keeping a democrat out of the white house and by stemming the perceived tide of ‘liberal unrighteousness’. Those things seem to be more important than making the correct decisions about actions to take in the middle east or guiding America in a globally responsible fashion.

Eddy – thanks for that perspective. In my limited exposure it does seem very true that US attitudes to educational underachievement carry a different emphasis.

As for this President, you are right that there is something of a “rush” to evaluate his impact, successes and failures. I suspect part of that comes down to a fierce clash of ideologies within the US. But, for many of us outside the US, it simply comes down to not wanting to see this kind of presidency again from a US leader. It has crossed too many lines.

Whilst we will, no doubt, have a clearer perspective in a generation’s time. However, it seems to me that the negatives already so far outweigh the positives that short of a rewriting of history, the verdict will not change.

Toni – didn’t reply for three reasons really. First, because of the possibility that responses would take some word or phrase, apply it out of context (e.g., that’s typical of euro-socialists) and then create further pyromaniacal ranting. Second, I didn’t reply because I’m a little tired of defending my “honour” for want of a better way of putting it. Third, I’m just plain tired of the – quote someone without addressing them and use their out of context words as a platform to rant for the entertainment of the galleries. It’s an approach to internet discussions, talking to the room instead of talking to people, that I’m not in agreement with.

I think you are right that for some Americans his (small) achievements on a handful of domestic issues are really important. But, that those tiny (and probably easily reversed) changes are seen as a justifiable counterweight to the overwhelming negative impact his presidency has had around the world is to me, very, very revealing indeed.