Last July I posted a very popular article about the photo hosting site 500px. At the time 500px was still relatively unknown and starting to create a buzz. As I said,

“… there is a lot that 500px is doing right and I’m looking forward to seeing if this service can really grow in the coming months.”

Since then Flickr has continued to decline while 500px has gone from strength to strength. For example, 500px just matched Flickr, by releasing an Android app. But, 500px has an excellent iPad app, while Flickr has never even released an app for the best mobile device out there for showcasing photos.

As I mentioned before, I had a lot invested in Flickr; a lot of photos, a lot of conversations and, of course, a lot of money buying Pro accounts. But, while Flickr’s vast library of images has continued to grow, the service has been slow to improve. It’s still sluggish, somewhat ugly and caught in the past. Meanwhile, other services, like 500px, Instagram, Pinterest and Google+ have changed our expectations of what an online platform can offer photographers.

There are four basic things people like to do, online, with photos; sharing, commenting, exhibiting & curating. Flickr was once a leader in each of these four activities. Now, for all those interests, there’s at least one other service that is the leader.

Sharing – OK, the web might well be drowning in photos of cats, flowers and breakfasts. But, people like to share their experiences, passions and life stories through photos. Facebook understood this; they made sharing everyday images central to their platform. It made sense when they bought Instagram, a fast growing and reliable service that was built for sharing mobile photography.

Commenting – One of Flickr’s big breakthroughs was making it easy to comment on photos and neatly formatting those comments. But, Flickr now looks terrible compared to the commenting process on Google+.

Exhibiting – While sharing, is all about letting people see your latest images, exhibiting is about showing off your best images. Flickr gave us the ability to group images into sets, but it was never really a great place for your portfolio. By contrast, 500px really is about amazing work. It’s faster and classier than Flickr ever was and, since I wrote that piece last year, it really has become a place for serious photography (take a look at Scott Kelby’s trawl through great 500px images on his The Grid video cast).

Curating – One activity that is sometimes missed is curating, or sharing your favourite selections of other people’s images. Some folks like to exhibit their good taste or their ability to find interesting new work. Flickr made this possible through groups, but Pinterest has elevated curation to new heights.

It’s hard to see Flickr regaining the lead in any one of these fields. And, of course, there are other services I haven’t even mentioned, like Tumblr, Path, Lightbox, and SmugMug who, in their own ways, beat Flickr.

I really like the way 500px has implemented sets and their approach to mobile apps. But, the service is not without some problems. For one, I’m not a fan of exhibiting scores next to images. I had the experience where I shared an image on Twitter and in a few days, the number of views and likes went up, but the score went down. That’s a turn off.

And, I deeply dislike the flow feature. It mixes your photos up with the the photos you have liked and changes the crop and perspective of the images in the layout. If the purpose of a site is exhibiting, then the photographer should have more control over how their images are seen.

I believe the action, in the coming year, will be between Facebook (with Instagram) and Google+. Instagram will continue, for the time being at least, to grow and influence the mobile photo sharing space. While Google+, especially when you consider the talent they have assembled for their upcoming photography conference, will shape the game for serious and commercial photography.

Of course, 500px still has an edge for exhibiting, but that’s a very slim edge. I’d be very surprised if we don’t soon see Google+ adding better galleries soon. And, of course, Pinterest may well be swallowed up the way Instagram was.

There’s an irony in SoundCloud saying they want to be the Flickr of music, while Flickr is becoming the MySpace of photography. Flickr was, for a number of years, the benchmark for sharing photos online. But, I’m afraid that time is well and truly behind us now.

UPDATE>> I stopped using both Flickr and 500px November, 2012. To read more out that check out Goodbye Flickr Goodbye 500px. 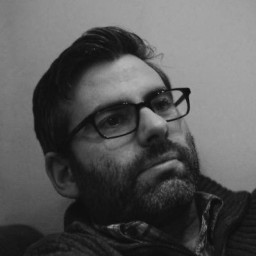 Fernando, I respect your opinion but frankly I think it puts form over function, or over content in this case. i have been thinking a lot about this lately with the rise in numerous social networking sites and the perceived necessity to share your photos across them all to garner an audience. I have used all four services you mention above but still prefer Flickr. Now, I realise I have the most history with Flickr, which biases me towards it, but here are my reasons:
Flickr is still the best place to go for a wider variety of photography, of artistic photography – one of many e.g.s being new topographic photography – people pushing boundaries of art and photography, not just processing. As I said earlier content is trumps everything for me, not api or usability. Until the other services catch up with their users, and in my experience they have not yet, that is why I will continue to use Flickr.

G+ has actually regressed a bit in terms of their presentation and layout. All that white space, the large, ugly, black “cinematic borders on vertical photographs. I also feel like it is very much a photography vanity space with mostly the same people attracted to using it. If you want to grow an audience it won’t be there for now because you are presenting to the same people, and most of them are photographers. Most of the people I know don’t use it, your audience should not be just other photographers if you wan to make art, otherwise you are engaged in a circular production/sharing cycle. We need to break out of that.

500px feels like a regression to the mean. I personally find the photography on there very same-y and repetitive. I don’t get a feeling or emotion from a lot of it. Maybe it is my personal preference or taste but I also feel like I would have a stronger response if there was more variety on there and I felt I wasn’t just looking at the same thing all the time.

Facebook is the King of sharing, it’s where I get most of referrals from when I post to Fllickr or my blog. That’s where we need to find our non-photographer audience it would seem. but I refrain from positing images, just links, at the moment to drive traffic.

Pinterest I see as a personal cork-board, not for photography per se but for things I would like to buy or would be useful e.g. books, home decor, clothes, organizational things etc. Very handy for present hints 😉

Tumblr I like for its immediacy and simplicity and I have used that more than the three above apart from Flickr. However, i am starting to think that all this re-blogging and sharing needs to be done by the curators. Not all photographers need to be, or should be, curators. In fact, to be successful one might argue you need ot find the best curators for you and put your work in front of them. Curating and sharing may waste more time than you have to make your own content and should not be put before it.

Like I said, I have been thinking about this a lot lately and how it impacts what I do and how I structure my time. Ultimately these are my own subjective thoughts. They are not meant to necessarily sway you because you should use whatever is best for your priorities. i just find that there aren’t many contrary opinions to the one you have come to and I thought one should be presented. As i said, despite it’s sluggish progress I still value Flickr over the others for the diversity and quality of it’s content. Until I see that disappearing elsewhere for good that’s where I will favor for viewing photographs through a social media site.

Ed – thanks for your comment. I always welcome a challenge that makes me think. My thoughts on this keep evolving all the time. Increasingly I’m leaning away from all social services. I left Facebook a long time ago and my thoughts on Google+ come and go.

I went on Flickr recently and had a look at my contacts. A few had posted in recent months, but most, nearly three-quarters, had not posted this year. The majority of those are now active on other services.