Shopping malls are a relatively new phenomenon in India. When I lived in Delhi, from 2003-2006, each mall’s opening was met with a small fanfare. There were regular news stories of ladies, unaccustomed to riding on escalators, getting their shawls and saris caught and having to be freed by emergency staff. Delhi didn’t have many […]

Shopping malls are a relatively new phenomenon in India. When I lived in Delhi, from 2003-2006, each mall’s opening was met with a small fanfare. There were regular news stories of ladies, unaccustomed to riding on escalators, getting their shawls and saris caught and having to be freed by emergency staff. Delhi didn’t have many modern malls at the time, so it was common to see folks making the trek to the newer satellite cities like Gurgaon and Noida, to take in this new, modern form of retail.

In late 2010, I was back in Delhi, after having spent three weeks travelling through Ladakh, in India’s remote northwest corner. This was my first return to India, after having left in 2006, at the end of three extraordinary years living on the subcontinent. My wife and daughter had joined me for the final leg of the trip, which we spent revisiting some old haunts and taking in new sights.

The Changing Face Of Delhi

By then, Delhi had seen a sharp rise in the number of malls, they had sprung up all over the capital. We decided to visit a recently opened one in Vasant Kunj, an enormous development that had been little more than a gaping hole in the ground when we moved away.

We booked a car to take us to the mall, then on to some other sightseeing, later in the day. We were delighted to see our driver, Kamal’s familiar face waiting for us by the hotel entrance. Kamal had been one of our regular drivers when we lived in India and it was great to chat with him about how the pace of change was shaping Delhi.

We hit the mall’s chaos long before we got its front door. Cars were backed up down both sides of the street as the carparks were full to over flowing. There were crowds (and cows) everywhere and it was obvious the best course of action was to get out and walk the final distance from the main road into the mall itself.

Delhi is a dusty city. When the monsoon hits, in late June and early July, the dust turns into an unbearable, vehicle swallowing mud. Then comes some wonderful months of cleaner, fresher air. But, we were at the end of October, when the rains are a memory and the dust has returned. With the heat bearing down on the construction sites that surrounded the mall, while dodging the cars and crowds, it was a harsh walk to the mall.

Once inside, we were met with a familiar assortment of stores, cinemas and eateries. An Indian take on a western theme. There was McDonalds and KFC alongside Haldirams and Cafe Coffee Day. My wife and daughter quickly found their way to a store selling costume jewellery and homewares. But, I was more interested in the building next door, an annexe to the main mall.

I had read a few weeks earlier, that India’s first “luxury mall,” had opened here. I was keen to take a look, so I excused myself from the family and went exploring.

There weren’t a lot of signs and I had to walk back out into the baking heat, through a little courtyard, to the smaller mall. It was an unimpressive looking 4 story building, with a mountain of air-conditioning units outside. I made my way past the smiling security staff, a feature of every mall in India, and went inside.

The “luxury mall” was more like the inside of an upmarket hotel. A silver service tea house wrapped around an indoor fountain on the ground floor and glass elevators silently whisked patrons up to the upper levels which I could see had a mix of hair and beauty salons, art galleries and familiar global brands like Chanel and Armani.

But, what caught my eye was the Indian fashion designers. The styles and colours were bold, confident, fearless mix of traditional Indian influences and occasional western forms. This was especially true of the menswear, which felt so fresh to me in comparison to the tired, retro-inspired trends I was seeing in European and American clothes at the time.

In one store I was drawn to a rack of clothing from Rajesh Pratap Singh and in particular a blue cotton unstructured jacket. I say unstructured, because that’s the technical term for a jacket that lacks an inner lining, or the invisible layers of material that give formal suit jackets their shape. But, this jacket was anything but lacking in structure, the fine, almost impossibly consistent hand-stitching gave it an almost architectural form and the design held all the great elements of suit-making, like real button cuffs and end-toned cloth matching.

I was in love, even before I tried it on. The heavy blue cotton cloth reminded me of those factory work coats beloved in France and Japan, but used here in a fun, almost irreverent way. The jacket was firm but fitted perfectly, as if from an older, somewhat more gentlemanly age when men of a certain age wore clothes to highlight they way they had held onto their physique, rather than hide their inability to discipline it.

As is my way, I couldn’t make a decision on the spot. So I said my thank you and returned the jacket to the rack. I wanted to get a second opinion. Even though this was a showpiece item in a “luxury mall,” the price didn’t feel outrageous. But, I’ve never got over feeling like spending money on clothes, or more particularly, spending money on clothes for myself, was an extravagance.

I went to find my family and a few minutes later when we entered the “luxury mall” together I notice something that I had missed the first time. The mall seemed to have two side by side entrances and I had been imperceptibly guided to the first one, which had friendly staff and minimal security. In front of us was a younger Indian woman, dressed in the way of modern Bollywood stars, tight jeans, high heels, a big mane of loose hair trailing down her back. Behind us a family whose more traditional attire showed fine materials, accessorised with a lavish amount of gold.

The other entrance had a longer, slower moving queue, the people in it met with far less amicable responses from the security guards. Its purpose was instantly clear, to try and keep out those who couldn’t afford to shop here, to limit the flow of gawkers and sightseers, to help sustain the peaceful and pristine shopping environment the owners of the “luxury mall,” hoped would attract the kind of shoppers in my line, the established old-money types, the curious moneyed-up foreigners and the fashionable (and wealthy) new money patrons.

These two lines are in many ways, the cliche of India, the rich and poor, the haves and the have-nots. But, the “luxury mall” embodied more than that, because it was also full of the products of the new India, upmarket eateries, designers, artists and retailers all creating a unique experience for an increasing proportion of the population who could afford to shop in these kinds of places. It’s easy to as a foreigner to be snide about this, but this is no less a reality on New Bond Street in London or 5th Avenue in New York. It’s just our assumptions about what should happen when poor countries become rich countries get in the way. Just like I found myself in a certain queue without really thinking about it, we can judge places that are not our own without really thinking about it.

And, as for the jacket, it quickly became a favourite. It always garners compliments and when I ask people to guess where it comes from and the usual replies are Italy, France or Scandinavia. No-one guesses India. I love that. The jacket defies expectation and it’s origin story is a rich paradox. Perhaps that’s why it’s such an iconic item in my wardrobe. 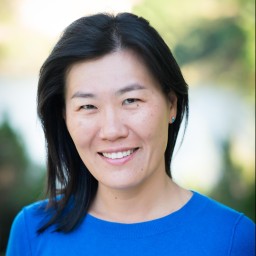 Fernando!
I love this work. I love the detail you get into; the actual texture of the jacket itself that we get from reading this.
Thank you for sharing!