South China Morning Post – My Part In Its Downfall

For a number of reasons I don’t tend to blog much about the leading local newspaper, The South China Morning Post. It’s a regional paper and not a very good one – which for me tends to disqualify it as an interesting subject. It has the most useless website of any major newspaper I know; […]

For a number of reasons I don’t tend to blog much about the leading local newspaper, The South China Morning Post. It’s a regional paper and not a very good one – which for me tends to disqualify it as an interesting subject. It has the most useless website of any major newspaper I know; you can’t link to or draw from its articles. Finally, bashing the SCMP is such a monotonous pastime of Hong Kong ex-pats (both in conversation and in blogs) that it feels pointless to add to the landslide.

But, I’m going to make an exception, just this once.

A few weeks back I wrote my first letter to editor of the SCMP (its an old habit I dropped four or five years ago). It was in response to a very poor review of the recent staging of 1984.

In what can only be described as a breathtaking display of naivete, Kevin Kwong’s review of 1984 (March 3) claimed that “Robbin’s take has no particular political leaning, so it can be read as just a straightforward story about the fears of an authoritarian state.” However, the program notes make clear what is obvious in the play; both Robbins and Sullivan see a dark and direct parallel between Orwell’s vision and our post 9/11 climate of fear, complicit media, pervasive CCTV monitoring and tacit acceptance of torture.

Would it be too much to ask that in future your journalists make a basic attempt to research the works they review and perhaps pay closer attention so that they are not “confused” by simple devices like “multi-voice” narratives?

Subsequently I received a pleasant if puzzling response.

The original story did mention a parallel between Orwell’s vision and post 9/11. The subeditor cut it out and the error has since been pointed out to him.

The old blame the sub-editor trick! I thought of pointing out that explanation suggested the original article was actually self-contradictory and that the sub-editor had resolved that by opting for the opinion that was not only least plausible, but also, least substantiated by evidence – which was maybe a worse indictment of the paper that my original letter had suggested. But, I decided not to.

Then a few days news came that the editor in chief of the paper had resigned to pursue other interests (se also here and here). Had my letter caused such a controversy that the paper’s owners decided they needed a new chief.

Of course not – correlation does not prove causation. However, it does point to an interesting phenomenon. Despite the review and profile of the paper I can’t find anyone, anyone at all, that holds it in much esteem. It’s political bias, editorial standards, shallowness of coverage, useless website and general style seem to an open joke.

Maybe Hong Kong’s location and uniqueness have insulated the SCMP from some of the shock-waves that have hit the newspaper industry elsewhere, but, this won’t last forever. It’s not just about web-presence or editing, its about credibility.

Maybe I’ll soon be adding another reason to not blog about the SCMP – because it is simply irrelevant to living in Hong Kong. 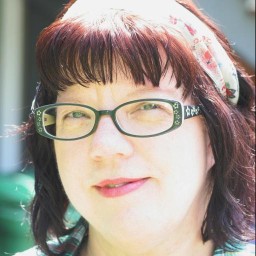 when i lived in HK in the late 80’s and 90’s i had two or three letters to the editor published, my first “real taste” of seeing something I wrote in print.

The SCMP used to put out on Fridays an entertainment guide called The Buzz. That was usually the only day I was interested in the paper.