There’s something about visiting a place where you once lived that can make you feel like a ghost. That’s certainly how I’ve felt for much of the past 24 hours here in Hong Kong. It’s as if I’m chasing the shadow of the life I lived here. It’s been nothing if not eventful since I […]

There’s something about visiting a place where you once lived that can make you feel like a ghost. That’s certainly how I’ve felt for much of the past 24 hours here in Hong Kong. It’s as if I’m chasing the shadow of the life I lived here.

It’s been nothing if not eventful since I left for the Changi Airport in Singapore yesterday. After checking in I made the obligatory disappointing survey of the news stands (the Singapore airport’s magazine racks are always so depressingly mainstream) before making my way to the Cathay Pacific lounge. I found an empty Eames Lounge Chair in the corner of a space labelled “Quiet Room,” which was actually playing cheesy Christmas music and flight announcements louder than in the main lounge!

My flight delayed before we boarded, then further delayed because a passenger refused to exit the toilet as we were about to leave the gate, then delayed again because we missed our slot and were ordered by air traffic control to join the back of the queue, so to speak.

The flight itself was pleasant and the aircrew delightful as always. I managed to watch the film Robot & Frank before we had the joy of circling Hong Kong for a while before landing. Once on the ground, I couldn’t get cash out of the first two ATMs I tried and had to wait a surprisingly long time to get my Airport Express train ticket. So, all told, I finally got to my favourite cafe in Hong Kong over two hours later than expected.

Still, I was able to catch up with a good friend over coffee, indulge in a massage at the Four Seasons Spa and have a pleasant photo-shoot and dinner with some photographer buddies. Actually, that conversation was a welcome reminder of the issues working (and upcoming) photographers face, as they try to establish themselves while chasing their passion.

Today was a quiet sort of coffee and window-shopping day. A lot like a typical Saturday when I lived here. It’s lovely to see the ways the town has changed and enjoy the spectacular Christmas decorations and the slow shifts of the winter skies.

I’m travelling with two cameras on this trip, my X-Pro1 which I’m using exclusively to shoot Infra-Red and my new D800e, which I’ll make some comments about in a future update. But, given my mood, I wish I had a guitar with me, so I could play some blues.

what an incredibly profound and evocative first paragraph Fernando. 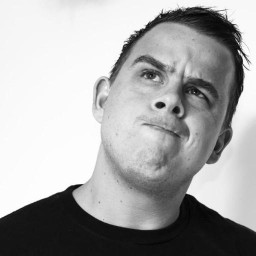 You’re a bit maudlin these days. Cheer up eh!

Russ – it was a somewhat maudlin return trip. Though, I’m nowhere near as blue as this post probably suggested. It is Christmas, after all!