Back in September last year I was agonising over which Photo editing software to commit to, Adobe’s Lightroom or Apple’s Aperture. As much as I like Apple’s Pro software (like Logic and Final Cut), I just couldn’t commit to Aperture. The new version 3 has a lot of good features, a beautiful user interface and […]

Back in September last year I was agonising over which Photo editing software to commit to, Adobe’s Lightroom or Apple’s Aperture. As much as I like Apple’s Pro software (like Logic and Final Cut), I just couldn’t commit to Aperture. The new version 3 has a lot of good features, a beautiful user interface and an approach to file management that I quite like. But, I’ve become a fan of editing in Lightroom and developed an approach with the software that feels fast and reliable. The gallery at the end of this post has a few examples of images that I’ve developed in Lightroom.

I use the word develop, rather than touch up, edit or “photoshop” because I’ve come to believe that in ways analogous to film, digital images also need to be developed. In the gallery below, two of the images have only been lightly processed, they look a lot like what they did coming out of the camera. But, one has been heavily developed. Can you spot which one it is?

It’s also worth pointing out that my decision to go with Lightroom wasn’t just about features, it was also about photographers. My photo tutor here in Hong Kong, Gary Tyson, works with Lightroom. Next month, I’ll be travelling in northern India with David du Chemin and Matt Brandon, two excellent photographers who also use Lightroom (here’s a post where Matt Brandon talks about using Lightroom). In fact, David du Chemin has written a book on the programme called (here’s a blogpost where he talks about the book).

As much as I love the geekery of comparing features in different programmes and searching out opinions online, there’s an awful lot to be said for looking at what the people you meet are using. It’s a lesson I learnt in the Audio world with both Logic and Sibelius. Although rival programmes have strong online “advocates,” when it came down to the professional users I knew and met personally, there was a strong and growing bias towards both pieces of software.

Earlier this year I wrote about my thoughts on not yet using video on this blog. I haven’t changed my mind on that. However, I’m increasingly start to think about ways of combining photography and music, maybe not as video, but certainly as some kind of package. To that end, I will be picking up a small, handheld audio recorder, perhaps something like the Zoom H1. One thing I regret about my years in India was not making more ambient sound recordings. I don’t want to feel the same when I come to leave Hong Kong. These small recorders really do have stunning quality for their size.

Sorting out software options and combing images with sound. Looks like 2010 is turning out to be the year of clarity and convergence. 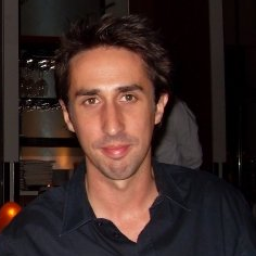 Hi Fernando, interesting article, I haven’t seen Lightroom for a few years, but I had to go with Aperture 3 if only because of the way it integrates so well with the rest of my ecosystem; MobileMe web galleries, iPhone syncing of photo albums, built-in iPhoto browser, etc. But the learning curve was kinda steep, so I’ve had to also invest in the Apple training manual, all 417 pages of it!

By the way, if you want to find a nice solution to display images and audio together, I’ve always been impressed with a software called Soundslides. Very simple and elegant, and can also include caption info for each image, often very important, I feel.

Good luck with it all!

Stefan, thanks for the tip on Soundslides. That looks like a good piece of software.

Aperture’s integration with the rest of Apple system appealed to me as well. Lightroom can publish to MoblieMe, though I use Flickr for that sort of thing (Lightroom publishes to that as well). There was a plugin to publish from LR to iPhoto, but it doesn’t work with LR3.

I hear you on the girth of the training manuals. I’m just starting on the latest Advanced Logic one. However, they are so well written that it pays off to stick with them.

I used the GIMP a couple of days ago to clean up some personal images – first time ever for my own shots, although I’ve used it for publicity/pack shots. It’s clunky & counter-intuitive (though the version in Linux *feels* much slicker than the Mac port) but the price of entry makes it compelling for me if I need that kind of manipulation ability. I’ve done the professional photographer thing and don’t really want to go there again, so it’s really hard to justify (just as for pro-audio software) the expenditure on something like Lightroom or Aperture.

I wonder, a little bit, whether the software shapes the way you adjust your images. Whether, because it offers particular tools or because it does certain things especially well, you end up adjusting the image to suit? I think software is so often like a guitar, rather than like a keyboard: a guitar plays very differently in different places on the neck, where a keyboard just has a bunch of keys, all in the same patterns, all with the same spacing. One guides what you do by it’s very nature while the other is like a blank canvas.

I’m sure my image handling and processing has been shaped by Irfanview, both it’s limitations and advantages. I think for speed and ease of workflow it can have few rivals, even though it constrains more than many other packages.

Toni – I’m going to write a blogpost reply, because I think you’ve raised a great question about technology.

The short answer is what the tech lets me do (easily) always effects what I do, in music as well as other things.