We are nearing the middle of the year. How are you finding it? Is this year dragging, or flying by? Are you reaching your goals, or abandoning them as new realities impose themselves? For me, the calendar flipping over to June reminds me that I arrived in Hong Kong four years ago and left London […]

We are nearing the middle of the year. How are you finding it? Is this year dragging, or flying by? Are you reaching your goals, or abandoning them as new realities impose themselves?

For me, the calendar flipping over to June reminds me that I arrived in Hong Kong four years ago and left London for Delhi 7 years ago. Both those moves were major upheavals and the more I look back on them, the more surprised I feel at the way things have turned out.

It has been a busy and rewarding year thus far. I’ve managed to progress on almost every project I set for myself. In some areas, things are moving much better than I had hoped. However, one thing still hangs, annoyingly over my head. I’ve yet to finish my album! The track below is a first take for what will be the last track on the album and I offer it as a token that, yes, I’m still recording material.

It’s part of my nature, maybe a weakness and a strength, that I find it hard to finish things when the next steps are not in place. So, mentally I’ve found it impossible to finish the album without a plan for releasing it. That’s part of why creating SoundWallah was so important to me – it was a way to create entities for publishing my songs properly and also for creating a record label.

June also brings us to the 2010 FIFA world cup. I’m doing my best to avoid the folks who suddenly become experts about the beautiful game when a major tournament rolls around. This will be the eighth world cup that I have fanatically followed. As usual I will be cheering all the non-Brasillian South American teams, especially Chile who have their best squad in years (but face a very tough draw).

I’ll also be travelling to Australia to visit family, breath some fresh air and hopefully take a lot of photos. I feel a lot more connected and content in Hong Kong than I did a year ago. But, I still find myself needing breaks from this city. I’m looking forward to taking some time away from my desk to listen to mixes, re-edit some work and just be outdoors.

When I return from Holidays it will be a very busy couple of months. Then, in September, I will return to India for the first time since I left, on a photographic tour. It’s turning out to be quite the year, actually. 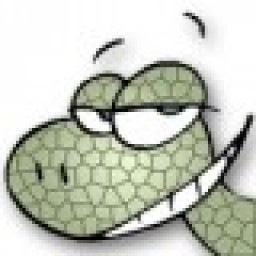 I’ll be cheering for… ah well, I don’t know. I guess I have a duty to cheer for France, although it’s going to be lukewarm at best. I’m going to boo Italy, on the other hand, that’s a definite!

Maybe I’ll just hang out with my classmate Arturo, from Mexico, and cheer whoever he’s cheering! 🙂

Cool piece of music, Fernando. I want to hear more.

Congrats on your 4 year anniversary. I completely understand your desire ‘get away’ despite feelings of contentedness here in Hong Kong. I will be approaching my 10th year here this November, and yet I still feel a need to get away at least once a year, to go back to the US and see my parents and relatives. Still, after around 2 weeks stateside I start itching to get back to Hong Kong and ‘my home’.

Also big congrats on Sound Wallah and your forthcoming album. I am in constant admiration of creative people that have the initiative and drive to forge their own path. In addition, your daily photos and occasional writings continue to be a source of enjoyment. Here’s to hoping things keep progressing well. 🙂

dda, I’ve put some more clips on the about me music page and will be including lots more music in future blogposts. This SoundCloud option really does what I’ve always wanted in online players.

Paul, I find about 4-5 months is my limit for Hong Kong without a break. I was away in January and by mid May I was really getting down. Still, I imagine by the end of this holiday I’ll be quite keen to get back and crack on with some work.

Thank you for the kind words on SoundWallah as well. It has been a huge and often draining journey to get this far.