Is Better Quality Audio Around The Corner?

“Ear training is actually mind training, because the appreciation of sound is a learned experience and the more we experience, the more we learn. Although to our modern ears, Edison’s acoustic phonograph gave a crude representation of the original, it’s first listeners felt that is reproduction was indistinguishable from real life. It is only with […]

“Ear training is actually mind training, because the appreciation of sound is a learned experience and the more we experience, the more we learn. Although to our modern ears, Edison’s acoustic phonograph gave a crude representation of the original, it’s first listeners felt that is reproduction was indistinguishable from real life. It is only with each advance in the state of the art of sound reproduction that people become aware of the shortcomings of the previous technology. For example, whenever I work at a very high sample rate, and then return to the “standard” (44.1kHz) version, the lower rate sounds worse, although after a brief settling-in period, it doesn’t sound bad after all.”

For most of the twentieth century the quality of audio and music in most people’s homes steadily increased. Early record players were crude, but soon better and more reliable equipment brought High Fidelity, or Hi-Fi sound into many people’s homes. By the mid seventies it was not uncommon to find really good dedicated Hi-Fi systems in a lot of lounge rooms (and bedrooms). This was, in many ways, the golden era of the (Vinyl) album format for recorded music

With the advent of Compact Discs things started to change. CDs had some inherent advantages; they were less prone to handling damage (especially scratching), had far less noise and potentially a greater signal to noise ratio. However, early CDs sounded inferior to Vinyl albums and, in particular, early versions of albums that had been released on Vinyl were often horrible, flat and harsh sounding.

But, something amazing happened – most consumers didn’t seem to notice. In fact people embraced CDs with abandon. It was great news for the music industry, with consumers often buying their home music catalogue all over again, in a new, more expensive format. But, it set a worrying trend for audio quality in the home.

One thing CDs had in their favour was portability. CDs in a portable player or car system were usually better than their cassette equivalent (and less prone to damage). But, CDs were still kind of bulky and prone to skipping if you ran, walked fast, or drove over bumpy roads.

In the 90s the MiniDisc format came along and offered to give us CD-quality, but in a small, more stable format. There were even pre-recorded MiniDiscs (never underestimate the music industry’s desire to charge you again and again for the same thing). The problem was these MiniDiscs sounded truly horrible – and they still skipped if you bumped the player.

Back in the Vinyl and Cassette days, you could produce a good sounding mix tape with domestic gear if you knew what you were doing. But, transferring CD to MiniDisc was a soul-destroying experience. The resulting tracks with lifeless, with harsh low notes and an almost non-existant top end.

MiniDiscs didn’t last long before lower price of recordable CDs, and then digital encoding formats like MPEG-1 and later MP3 came along. The later gave rise to a new generation of portable sound, made famous by the iPod. At the same time mixtapes died away as it became easier to share music via bulletin board, file sharing, email and the like.

However, the quality of a typical MP3 (encoded at, say 128kbps) is really poor. It’s an irony really, because since it’s first release, the quality of music on CDs has improved. The first years of CD was really a giant public beta-test of digital mastering technology. But, now we know a lot more about how digital music works and the quality of analogue to digital converters has improved vastly.

Moreover, the quality of recording technology available to studios has also improved dramatically. CDs are encoded at 44.1 kHz sampling rate and 16-bit resolution. But, even modest studios like my own can comfortably work at 88.2 kHz and 24-bit resolution.

And, comparing a quality recording made at that high resolution to a 128kbps MP3 version is like comparing a photocopy of the Mona Lisa to da Vinci’s original.

However, our perception of “quality” is a slippery thing. That’s what Bob Katz is talking about in the quote that opened this post. We get used to sound quality when we repeatedly listen to the same format and it’s only when we listen to a superior format that we suddenly realise everything we haven’t been hearing.

Of course, MP3 never became popular because of it’s quality – it became popular because it was cheap. Not cheap to create, but cheap to store. 128kbps MP3 became standard because it allowed us to store music per megabyte on (relatively expensive) hard-drives. It allowed Apple to put “1000” songs on a 5GB hardrive. That same amount of hard-drive space would only store seven to ten albums of CD quality music. Of course, you could fit more music onto a computer hard-drive, but cost still became a factor.

But, hard-drive prices per GB of storage have been falling fast in recent years. As I write, you can pick up a 2.0TB Hitachi Deskstar™ drive for U$134.99 plus postage from OWC. That’s potentially enough storage for 4,000 Cds, encoded at full quality.

This raises some interesting questions. Could we see an end to the “race to the bottom” in audio quality? Will it become easier to sell high quality formats like FLAC? Will people bother to burn their whole CD collections at higher resolutions?

I don’t know if this will usher in a new era of Hi-Fi or not. I’d like to think it will. Audio quality, in the mass market went down at the same time as the music industry went into a tailspin – it’s hard to put that down to coincidence. It’s time to stop staring at the photocopy and start admiring the real art.

The fact is, the mass audience doesn’t care about sound quality. Most people are listening to music on portable devices with cheap earbuds in noisy environments and are perfectly happy to continue to do so. And most of the music being consumed around the world today doesn’t require any extreme standard of fidelity – it is not subtle, nuanced music. Producers and engineers and mixing and EQ’ing for the intended targets and the recipients seem to be fine with what they’re getting.

Spike, you are right that the situation is dire. People have become accustomed to poor quality. Maybe that will never change. I’m not sure.

Couldn’t we have made a similar argument though, for music in the late forties? People were mostly listening to poor, often unreliable mono back then. But things changed a lot (for the better) in a generation.

And, although the trend over the last decade has been toward super-loud MP3 oriented mixes and masters, there has in recent years been a strong backlash against that – from fans, musicians and engineers. Apple responded by upping the rate the 256 on their store and beyond that FLAC and lossless downloads are becoming more popular.

No, I don’t think the analogy holds because in the 40s there were fewer options for home playback. Now we have loads of options and the public has voted with its collective wallet.

Here’s a more extreme example and a personal pet peeve – walk around Hong Kong or ride on public transport. How many people do you see listening to music on iPhones, well dressed affluent people who can afford any option – and are happy with the cheapo crappy earbuds that come with the iPhone when there are so many seriously better options out there? (Though I am now seeing a trend for monster over the ear headphones even on the street, but I suspect that is more of a fashion statement than an audiophile choice.) The reason is that people just don’t care.

At least we still have the loads of options for those who want them. You can still buy a CD, in many cases you can buy vinyl, you can get FLAC and other lossless downloads (at least for some stuff). 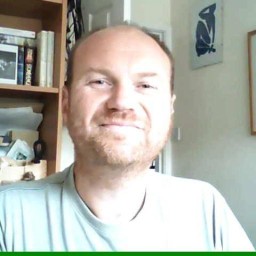 I agree with all that is being said. From my experience owning LPs (which I sold and replaced with) CDs which I have also ripped at 320kbps to listen on my pc/mp3 players.

When I have the luxury of time at home, I play CDs on my nice Arcam audio equipment that I bought (also with the profits from selling the LPs) they sound truly gorgeous. I could never afford at the time to buy high end Turntables nor could I afford rare pressings or hard to find jazz classics that I have now got.

As for MP3 technology, it is convenient but I have always replaced what headphones come supplied with some nicer fuller sounding ones and I am relieved now not to be the only geeky looking guy on a train with cans as opposed to buds.

I always appreciate how much richer my stereo is the moment it goes on and the floor standing speakers make my jazz and classical collection come alive.

I have also got a few poorer quality recordings of very rare or unissued or live recordings. When I get a better source, they go. I have no space issues, just time.

A few years ago after avidly collecting even rarer grooves on even rarer pressings I woke up and remembered my favourite CDs. I ripped all my Blue Note Jazz collection at higher quality mp3 and now have that permanently accessible either on a netbook or bigger (but not ipod!) mp3 player…a few months of random play reminded me of why I fell in love with the music and forget about the ‘stamp collecting’ .

Yes the lesson was Less was More.

Long forgotten tracks that were hidden away in dusty CDs came alive again. Rather quickly, like old toys from childhood, the new rare and hard to finds were long gone…stored away for a rainy day. The old CDs now more appreciated were back in the CD player.

I once thought of going back to LPs and visited a very old friend who had invested heavily in vinyl and the equipment. Needless to say I arrive to drool at old LPs and poor over the covers..only to find him plugged into his recently gifted Ipod….reading the sleeve notes off his vinyl. He had converted to lossless sound and had like me the best of both worlds. When he had the time, out came the vinyl, when he did not he had the mp3 player…docked usually through his old 70’s sound system and sounding lovely ..not the same but still lovely none the less.