Intellectual Inflation (via The Musings Of An Opinionated Sod) – For a long time I’ve felt uncomfortable with the “aspirational” side of university advertising and this post helped to codify some of where that worry was coming from. It’s not that the desire to create wealth shouldn’t be part of a student’s motivation (I say […]

Intellectual Inflation (via The Musings Of An Opinionated Sod) – For a long time I’ve felt uncomfortable with the “aspirational” side of university advertising and this post helped to codify some of where that worry was coming from. It’s not that the desire to create wealth shouldn’t be part of a student’s motivation (I say that perhaps because I came from an aspire to rise above your station milleu), but that it should not be the only or primary thing that motivates a student in their studies.

This sort of thing discussion always reminds me of Richard Burridge’s inaugural address, The King’s Values? Consumer Culture & Higher Education (PDF version here). Richard expounds of the concept of the university and college (reading together) and universus (reality focussed on one point),

“In my Classics degree, I learned that the Academy in ancient Athens, founded by Socrates and Plato, was placed at the edge of the Agora so that its deliberations about truth, beauty and value might inform public debate in the market place. No area of life was immune from Socrates’ relentless questioning and the entire universe was studied in the Academy. This universality is reflected in the very term, University. Cardinal Newman begins his magisterial The Idea of a University with the ringing declaration that a University ‘is a place of teaching universal knowledge’. Similarly, Lord Runcie, when he was Archbishop of Canterbury and Visitor of King’s, stated in a lecture entitled ‘Theology, the University and the Modern World’ that ‘a University is, etymologically, an institution which is universus, turned in one direction, focused on a common point’.

But, as Richard goes on to point out, the notion of universus has been diluted by the vocational emphasis of most contemporary university programmes,

“The University is no longer universus, turned in one direction; instead we all offer ‘many skills’ – the English for the Greek, pollai tecnai. All courses must teach Personal Transferable Skills for students’ future employment. This is all very well, but look at this list I received from a Dean of a new University which shall be nameless, including such things as communication skills, teamwork skills, problem solving skills, and so forth – but which does not mention the ability to think. “

Vocational training and universal/collegial education have been kept distinct for most of modern history and while that has not always been without its problems (class distinction being one of them), I still consider it to be a worthwhile differentiation. 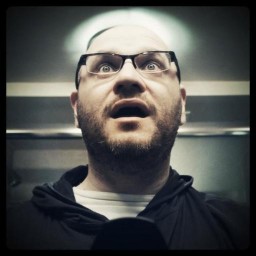 Glad my ramblings both made sense and had some relevance with you. My worry is if education continues the way it’s going, we’re going to be a planet that produces less than more – at least in terms of things that can make the World better and more interesting.