Across The Desk This Week

As I’ve been convalescing, the following blogposts have stood out, The Winner Is: Update – By pure luck (yes, a theologian used the word luck!) I managed to win a prize as the 1000th commentor on Brodie’s blog. After a choice of worthy options, I opted for a donation towards mosquito nets, which is a […]

As I’ve been convalescing, the following blogposts have stood out,

The Winner Is: Update – By pure luck (yes, a theologian used the word luck!) I managed to win a prize as the 1000th commentor on Brodie’s blog. After a choice of worthy options, I opted for a donation towards mosquito nets, which is a cause close to my heart. Malaria and Dengue Fever are the underpublicised mass-killers in the 2/3rds world and nets are a simple, cost-effective solution that really works!

Ben Zander On Performance And Transformation – Insightful ideas on the way passion, humour and humility can free us to communicate ideas and overcome fear of performing mistakes.

“The goal, then, is to move away from the calculating self, the self that lives in a world of scarcity, exaggerated threats, and deficiencies, and move toward a healthier attitude of sufficiency, wholeness, and possibilities. Getting over ourselves ‚Äî and humor is a great vehicle for this ‚Äî allows us to see the ‚Äúcreative nature of the world and ourselves.‚Äù When we understand what an infant can‚Äôt ‚Äî that we can not control the world, that we can not impose our will on people‚Äôs hearts ‚Äî we begin to get over ourselves. When we learn to lighten up we see ourselves as permeable not vulnerable, says Zander, and we stay open to the unknown and to new influences, new ideas. Rather than trying to resist and fight the river of life we move with a harmonious fluidity and grace, learning to join rather than resist the flow. Humor is a wonderful way to remind everyone around us ‚Äî no matter how hard the work gets ‚Äî that our true self is not obsessed with childish demands, entitlements, and calculations but is instead supportive, confident, helpful, and even inspiring.”

Women in Ministry: Ruth Bell Graham – Something new to add to the travel itinerary and a timely reminder of what it takes to make ministry happen.

A Sedate Experience – I’m not sure it is a sign of age changing taste, or location changing interests, but I find myself these days more drawn to reading about Cricket than watching it. Whilst the English Country cricket setup is quaint and appeals to romantic notions of the game, it’s also a massive stumbling block in developing reliable top flight players (and the limits on overseas stars contributes to that). However, given that the hyper-competitive, sledge-driven carnival that is modern cricket has become a total turn-off, I kind of wonder if there is something is the sedate dysfunctionality of the county system that cricket should strive to preserve?

Modern Evangelicalism: An MAO Inhibitor? – Every few years I cast my eye longingly towards Rome and Dan has diagnosed my condition perfectly in this post.

“The MAO I speak of is Mystery, Awe, and Otherness. You know, the stuff modern Evangelicals jettisoned on their way to a bookshelf full of systematic theologies, dusty pages of do‚Äôs and dont‚Äôs, and three-points-and-a-conclusion sermons. In their rush to be real and down to earth, Evangelicals found a way to make God dull. In short, modern Evangelicalism has become a theological MAO inhibitor.”

Moreover, I feel Dan is right to point out that, “Evangelicals today are loathe to put the words we and wrong in the same sentence…” Admission, concession, apology, humility, we need to make these things easier to act upon in our churches and in turn expect them from ourselves and our leaders. The good shepherd doesn’t blame the lost sheep, but mourns and searches for them.

World(Bank)Changing: A Letter to President-Elect Zoellick – Thankfully the Wolfowitz stain on the World Bank has been contained. However, I’m not too thrilled about the proposed replacement, Robert Zoellick. His skill-set and temperament may be better suited to the job, but if anything he may prove to be even more partisan and ideological in the role than Wolfowitz was. Jonathan Greenblatt’s saavy recomendations have a lot of merit in them, I’m skeptical that the world bank will be that innovaitve, entrepreneurial or simply client-focussed in the near-term. At least for the next term there will some good, a lot of “anti-corruption” ranting and for the most part and extension of the current shortsighted White House agenda for “development.”

The Pathology Of Piety – I often find myself pondering the intersection of worship and ethics, which is where it makes sense to talk about piety. Of course, in an inportant sense piety can be a dead end that numbs us ethically, which is what Frank is wisely alluding to here. Sometimes the most spiritually blind are those who would consider themselves “saved.” 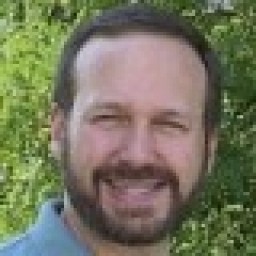 Thanks for featuring my post from Cerulean Sanctum on MAO. I pray it blesses your readers.

And thanks for noting that’s how you feel. I’ve gotten a little blowback from people stating that a loss of MAO isn’t the reason that people are leaving Evangelicalism. I think they’re looking too hard at theology and not hard enough in other areas. Your comments tell me I’m not off-track.

As someone who’s never really been an evangelical in the traditional sense, I find it difficult to see why Rome might provide a sense of awe, mystery and wonder. Where I have interacted with the Roman Church it has either presented a hunted, persecuted face, or when looking into it on it’s home territory, it has seemed threatening, dark and a place of not good things.

I really don’t want to come over as a ‘bash-the-Catholics’ type, that’s far from my intention. However the sense I have is of sinister mystery, rather than spirituality. Old evil instead of secreted wonders. It’s also all mixed up with a weird kind of mythology, where stories get embroidered to make them more mysterious and less real.

This is coming out extremely negative, and that wasn’t my intention, but there is something I find very disturbing about the whole business. Or maybe my MAO gland has just been atrophied by years of living outside those kinds of influence.